wanted to pass this along

I have used it on some projects and it works great! No odor from the stain and it wipes on and off really easy.

They also have paints. Haven’t used them though, but if anything like their stain… I’m sure it will get the job done.

True, it is but with no odor as well as it’s other benefits…I found it worth it. I got a few sample jars to try out some colors and see how well it works. I was able to stain and hand over a box in one day. Between the stick and smell of most others I have used, that’s just not possible.

I’m about to build a couch for our living room and think I will be going with a can of the walnut stain.

If you know of some other stains that give low odor, fast curing results please share!! I’m always looking for other solutions. Especially that saves $$

not xcarve related, but i’ll post something. Going to be a little while. Need to relearn mortise and tenon along with some other fun stuff.

here’s a render of an iteration of it. 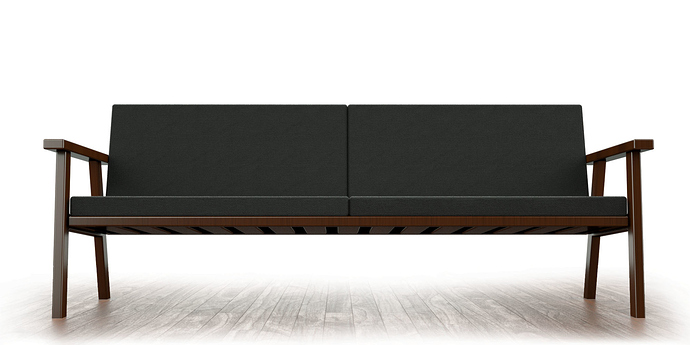 Thanks! good thing it’s not for Chris Christie

I basically never use stain anymore. Mostly aniline dyes or other wood or leather dyes. Mix with water or denatured, and they dry quickly.

Do you have some examples? Is it wipe on?

Transtint is some of the better stuff.

That little 2oz bottle dilutes to make enough to probably stain 100+ guitar bodies. I typically do 4-5 drops in a quart jar of denatured, then add to get the intensity I want. They work as well I’m water, but denatured doesn’t raise the grain

I also dilute it pretty weak, and do multiple wipe-ons, making the color more intense. Easier to do that than take traditional stain off if it is too dark.

I should probably add that dyes are used predominantly to highlight the grain of wood. Stuff like alder or poplar doesn’t really have the same effect, as the grain is not as pronounced or desirable

Thanks! I’m going to give this a try.

I’ve used many different products and worked at a paint department for a while graduating. A lot of them have a guarantee as well, but if you want longevity, you’ll have to go with odourless interior wall paints. If you want the look to be sustained, count on reapplying every couple of years.