My X-Carve has been sitting clean for a few weeks now… I need to put some dust on it.

My idea is to make a sign for the front yard garden but I want to make it in something other than wood. Living in Utah I haven’t had the best of luck with signs surviving outdoors (today it’s 105 F… In six months we’ll be in the Sub Zero range again).

Ideally, it needs to be waterproof, UV resistant, and withstand cold temperatures. Also, since it will be the logo of a CFB team my neighbors hate, it probably needs to be Egg-Resistant (Ha!.. Kidding / Not Kidding).

The plan is to create a multi-layered effect using different materials and stand-offs then led’s for a slight backlight effect.

I’m currently thinking of using Aluminum and Acrylic… but I don’t think the Acrylic will handle the cold temperatures. I’ve also thought about using UHMW or other plastic sheets.

Anybody else have ideas on what materials I can use? I have to make it better then all my neighbors ‘rival’ school store bought signs

Harsh weather materials are always tricky.
Aluminum or HDPE is probably your best bet.
If you can work with smaller elements, you might be able to get cheep HDPE cutting boards from the dollar store.

I have been having pretty good luck with the plastic decking material. Where I live Lowels is now carrying planks of Choice Deck. 8’ by around 11" wide. It cuts really easily. And I have found that the Rustolium plastic spray-paint works pretty well on it. It is really heavy though.

Here is some puppy play equipment I made using it. 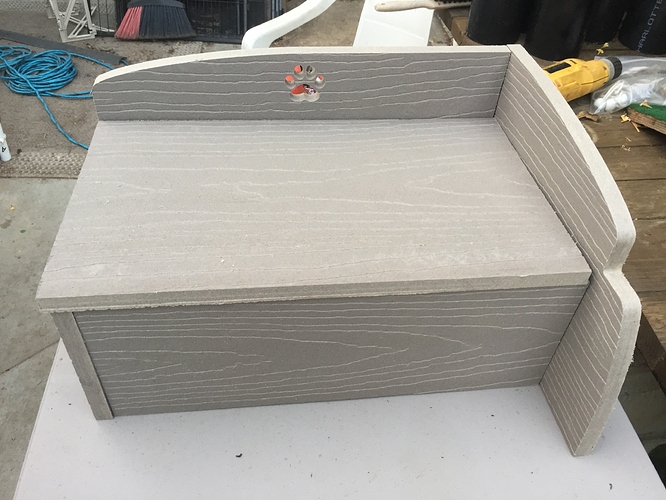 High quality exterior plywood might work as well. It will hold up pretty good if sealed and painted. And wood will probably hold up to high heat better than the plastic products.

Ha! Let’s just say the current coaching staff up in Logan has been cursing my kid’s name for the past month…

… and now I have to make BYU crap since that’s where my son has decided to play.

Has anybody used Marine Board? (Seaboard and Starboard are some brand names I’ve seen).

They make lightweight versions that weigh 1/3 lest then standard HPDE sheets. I may pick some up and see how it cuts.

I think you could use Corian. It’s available in a lot of colours (I think over 50 anyway) and should deal with temperatures pretty well. It’s also pretty UV resistant, and even if it discolours over time you can sand it back.

I think you could use Corian. It’s available in a lot of colours (I think over 50 anyway) and should deal with temperatures pretty well. It’s also pretty UV resistant, and even if it discolours over time you can sand it back.

Any idea where to find it?

I also have been toying with the idea of trying tile board. But finding the right kind of bit to cut it may be tricky. (Probably a rotozip or Dremel bit?)

I get mine from a local kitchen supplier/fitters, but I’ve bought off eBay in the past.

I’m sure if you Google Corian and your area you’ll find someone locally. Kitchen suppliers are a great source as they have loads of offcuts that are too small to be any use for them (normally worktops or worktop topper) but I’ve had bits nearly 1m square they were just going to throw out.
I give them a few beer tokens when I get it every now and again, but obviously it depends on the company.

Acrylic is fine outdoors, cold weather hot weather, shouldn’t hurt it. You can do some cool lighting effects with acrylic aluminum and leds. Google “push through acrylic sign”.

PVC moulding used on exterior of homes. Comes in varied widths and can be easily found in home centers and lumber yards

For these test signs I used a piece of decking material (Merbau) and an offcut of an old Redgum railway sleeper. And No…I’m not trying to brown nose the CEO of Inventables either. 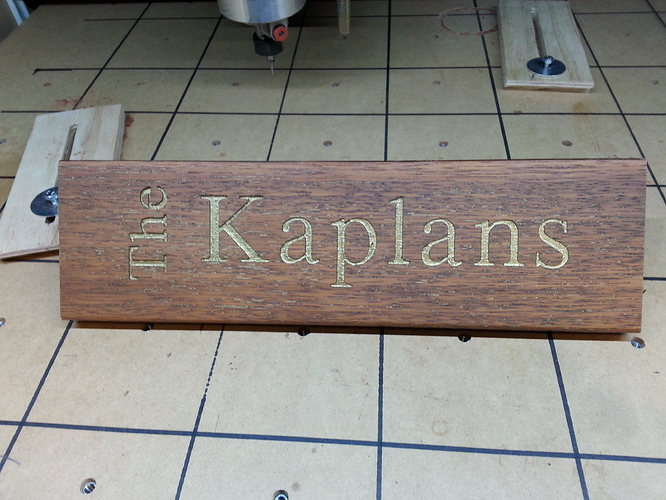 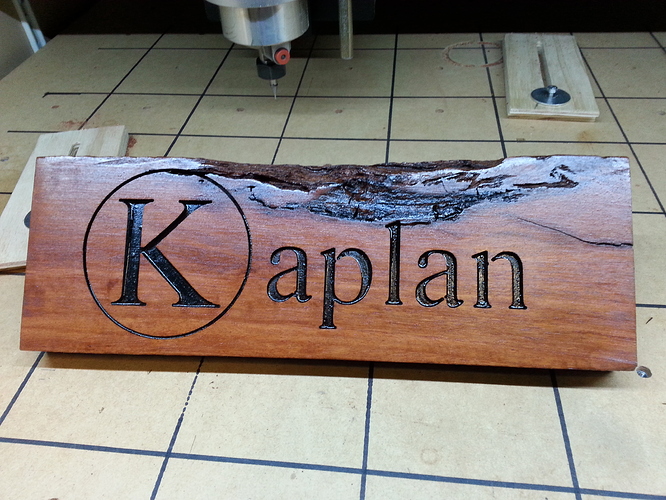 I decided to go with an all Acrylic garden sign. I’m still worried about how brittle it will get in the cold/snow but only time will tell… 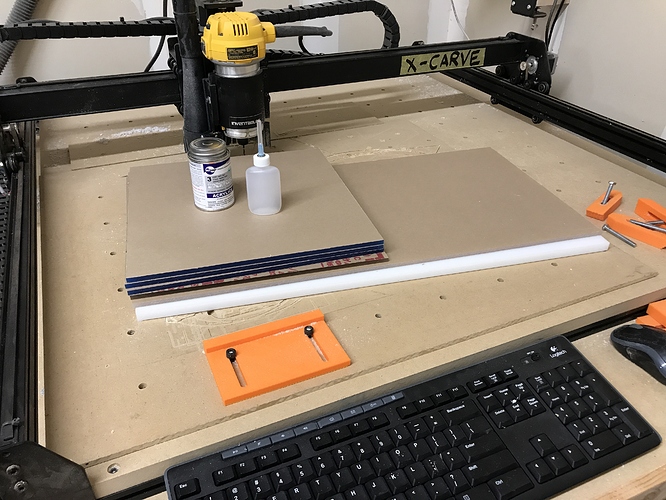 After a quick trip down to the Acrylics store (shout out to delviesplastics.com for always being awesome)… I started cutting. 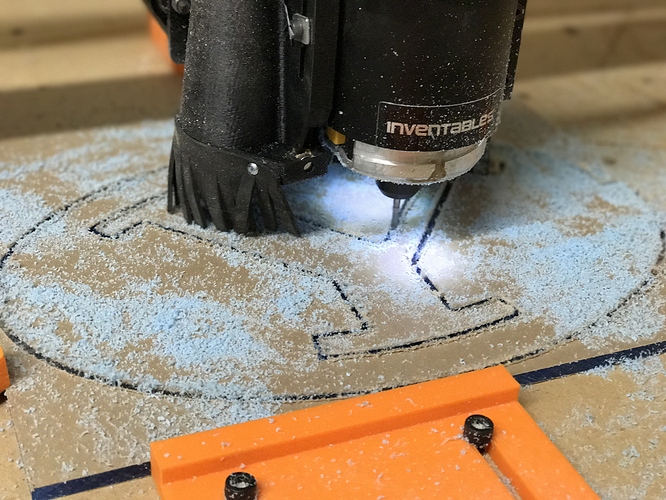 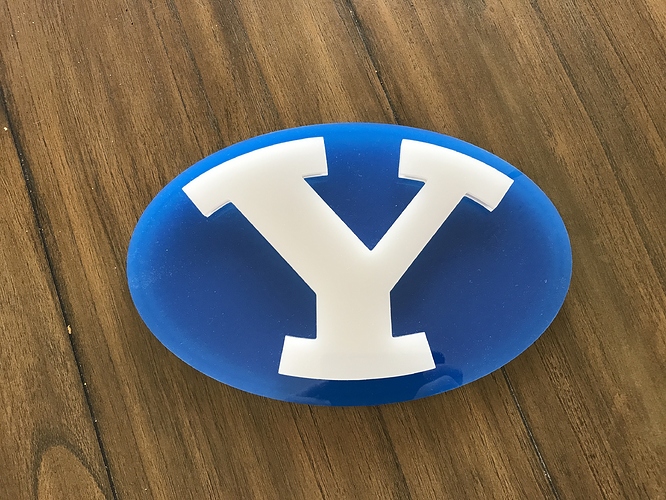 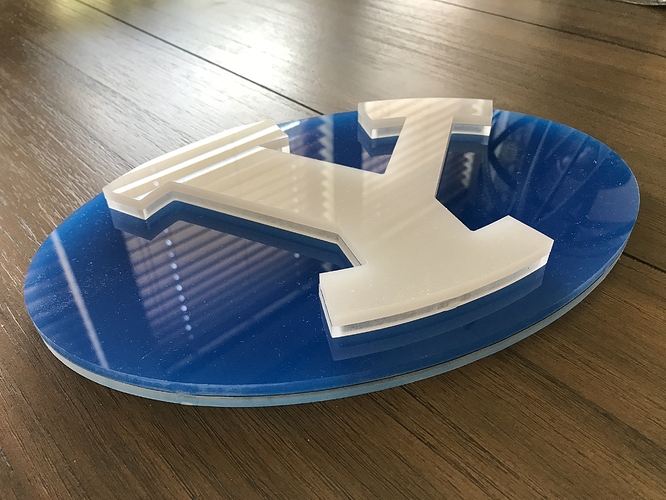 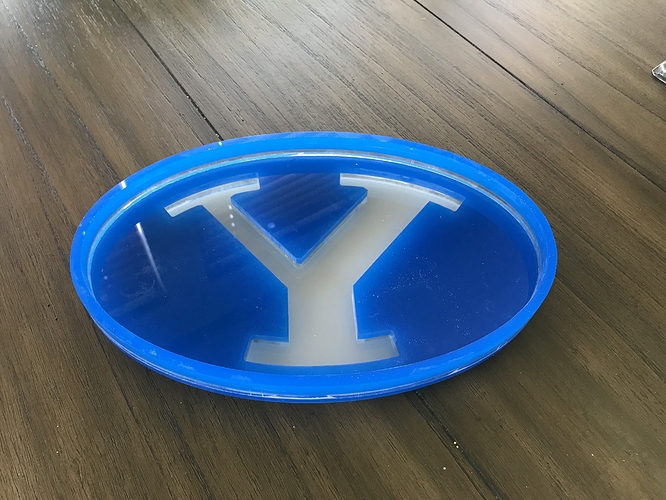 I added a clear layer behind the Y and the front plate. This lets light escape around the edges and gives a cool ‘glow’ effect. (the pictures don’t really do it justice)

For the back, i decided to try HDPE. It worked great until UGS crashed 1/2 through the cut (blarg!). I had to finish cutting it out the on the bandsaw. Worse, I had to drill all the holes by hand on the drill press. 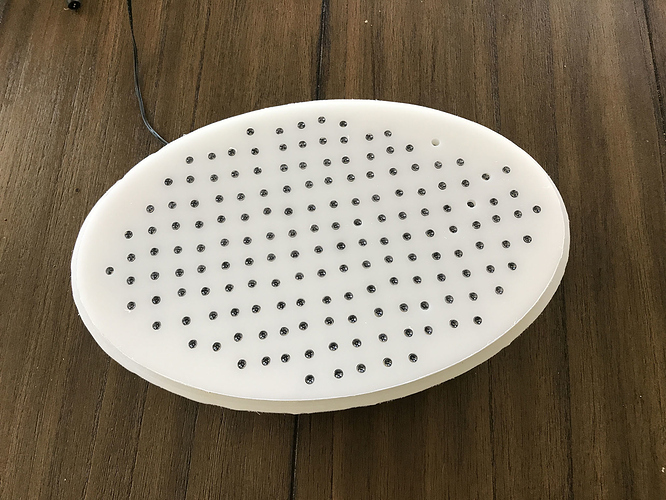 I picked up some cheap ‘solar powered 200 mini leds’ on amazon and pushed them through the back. 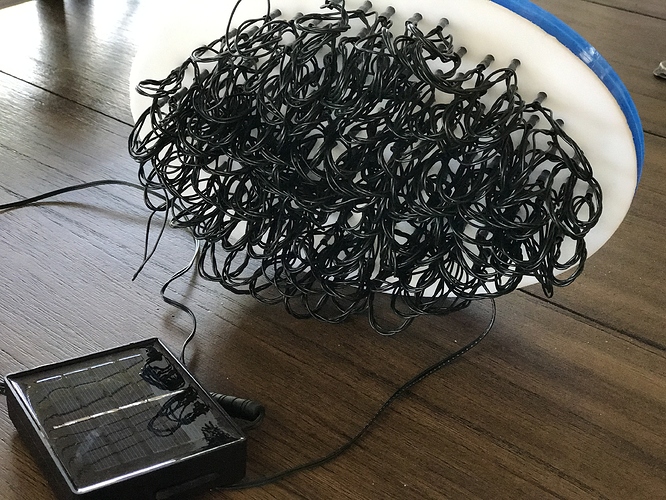 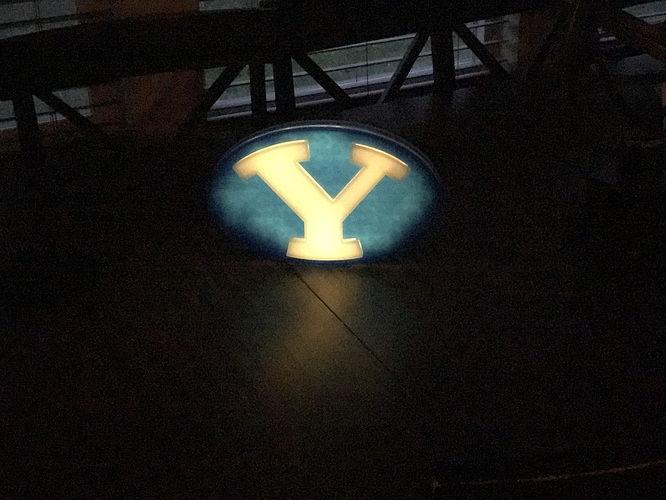 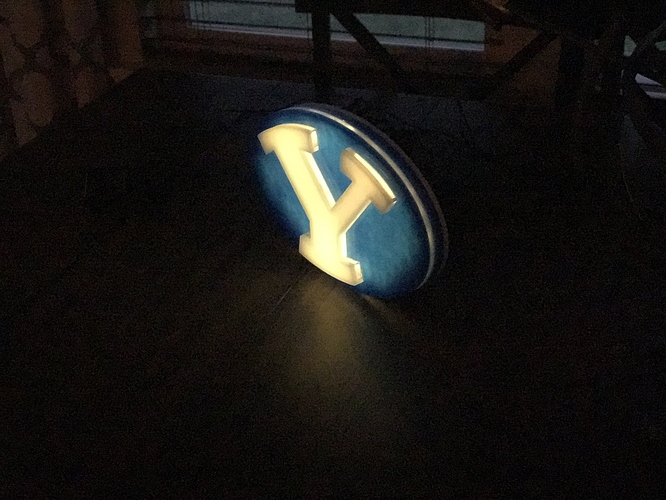 I still have to finish polishing the edges but so far i like how it turned out. I’ll post better pictures of it lit up in the garden once i’m done.

What about using aluminum thin sheet to back the sign?