Hello!
This is my first post on this forum.

My problem is simple and i am wandering why i can’t find any traces of similar issues online.
I want to prioritize paths: cut inner parts first and outer part - last. All in one take without stopping the machine.

Say, i have a detail to cut which has a lot of inner paths and an outer path (shape). Naturally i want the inner parts to be cut first, as i imagine material is more stable and secure while it is one piece (of course there are tabs, but there’s lots of stuff that go wrong, like incorrect material thickness or they just can snap).
At the moment i am solving this in very shaky kind of way, i just delete the outer path, cut my inner parts, then (cmnd+Z) getting my outer path back and delete the inner paths and cut the shape. I believe there should be more efficient way that allows to do this in one take.

Would be thankful for your thoughts and possibly solutions.

hm, i had few unfortunate cases when the outer path was cut first.
after that, just to be sure, i use my technique.

correct if me if i am wrong, but by seeing Easel’s simulate feature you can’t see which is entering path and which is exiting. (did i quick design to illustrate): 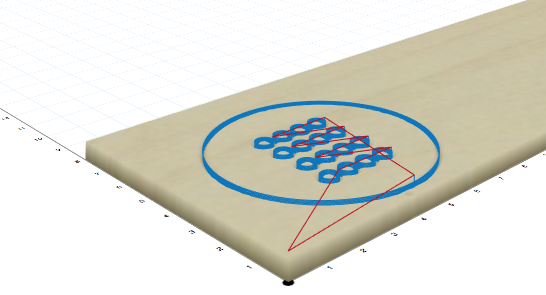 this, however, can fixed easily: 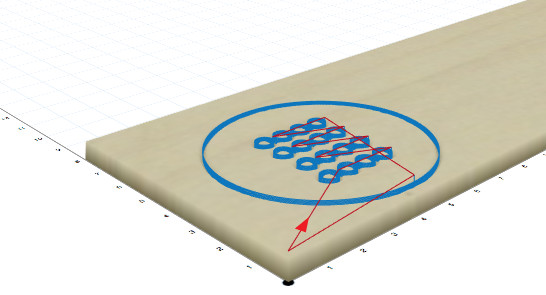 thanks, but… the point of my interest is not does it cuts pocket or paths first, but how to cut inner paths first and outer last. or am i missing something? Does it affect the process if the object is grouped or not?

Hey @DmitryZagga, would you mind emailing help@inventables.com and sharing the projects you carved where the inside paths didn’t carve first? This might be a bug in Easel.

Easel is designed to cut inside shapes first and outside shapes second. Whether the inside shapes are pockets or paths, Easel should generate toolpaths to carve them first. If you are making pockets or engravings inside a through-cut shape, the inside paths will carve before the outside paths. In other words, you shouldn’t need to prioritize inside and outside shapes in Easel, because Easel should already recognize which paths are inside and which paths are outside.

If we could take a look at the Easel files you’ve had trouble with in regards to this in the past, we can see if there’s a bug causing this to happen. I’m sorry for the trouble, but hopefully, we can figure out what is going on!