Patterned Text from Inkscape to Easel

So I am trying to get some patterned text to import into easel from Inkscape.
I’ll attach the svg that I’m working with.

What pattern are you trying to use?

Is this what you are talking about?

yes exactly!! did you do this in Inkscape and if so can you explain the process?

No I did it in Corel, I don’t use InkScape but I’m sure it could be done. If someone don’t explain how to do it I will download InkScape and figure it out.
Thanks
Russell

can you explain your steps in corel? and maybe in can replicate in inkscape

Let’s give poor @RussellCrawford a break.

Start with your two svg files. 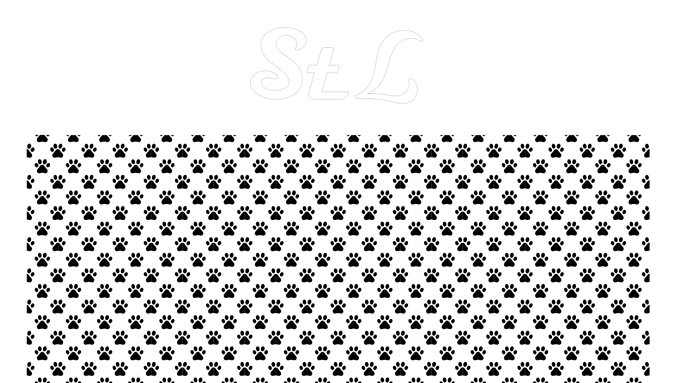 Ungroup the pattern until you have individual paths. 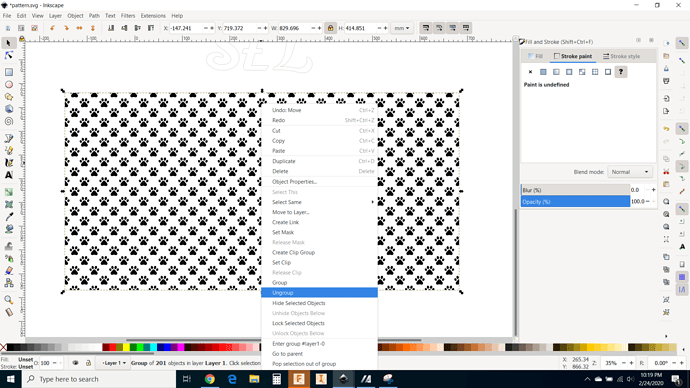 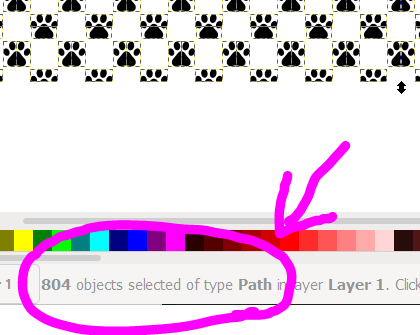 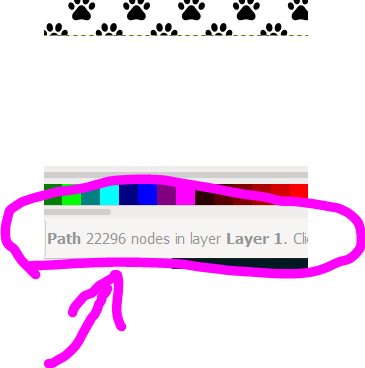 Scale and place the pattern path. I reduced opacity.

Select your group of text paths, ungroup (CTRL+Shift+G) , combine (CTRL+K), and duplicate (CTRL+D).
Shift select your pattern (the duplicate text and the pattern should be selected).

Save, and import into Easel.

Amazing!! Thank you both for your help. I was missing the ctrl+k step. I really appreciate it

Thanks Neil, you got the poor Russell right. I’m in Disney World

what type of svg to you export it out as? everytime I try to upload something from inkscape into easel it says part of it wont import and it doesn’t.

well technically it has both. basically I opened inkscape input some text and designs and then also imported a logo/image . I saved it as the normal inks format svg

You have to convert the txt to a path.