So I posted on here a few weeks ago asking about how I could engrave hand turned pens I make. I was given many helpful answers about what I could do hardware speaking, but I also need to know what I need when it comes to software. I haven’t done anything outside of easel so far, and I didn’t want to spend much money, but I realize now I may have to sacrifice some extra money if I want to do a good job. What would be the best software for engraving a rounded surface with small text. I’ve heard of 4th axes or CNC lathes, but don’t know a whole lot about that, either. So ultimately my question is; what is the best way to engrave a rounded surface on a budget and limited experience?

Xcarve can not do 4th axis. Youtube it if you want to see what that is. It really depends on how small you are wanting to carve. If you are just doing a single line of text on a pen with, say an 11° bit. It may be doable. The set up if the machine and the jig you have to come up with to hold the round pen is prob the major obstacle. Vcarve desktop would prob be the more economical version for you but just hard to say 100% Some people on here are getting a laser attachment. That may work better but it’s extra money. Just more options though

have an idea but don’t know if it would work on something small as a pen. But could you cut a recess into the pen blank. Use the cnc to cut graphic on thin veneer and wrap the pen blank with the veneer?

The only program I can think of that you could use effectively for it would be V-Carve, although that’s going to be chancy. Your model of the pen is going to have to be extremely precise.

Really, fine engraving on a rounded surface like that I’d select laser processing for, not CNC routing. It might certainly be possible, I just wouldn’t want to try it myself!

I do not believe vcarve pro supports 4th axis tool paths but aspire does. But that means $$$

I recall somewhere on the web someone building a 4th axis that attached to the gantry endplates and had a rack and pinion type setup on the waste board. Then one had to design the image in photo reverse and as the y axis shifted, the 4th axis would turn via the rack and pinion. 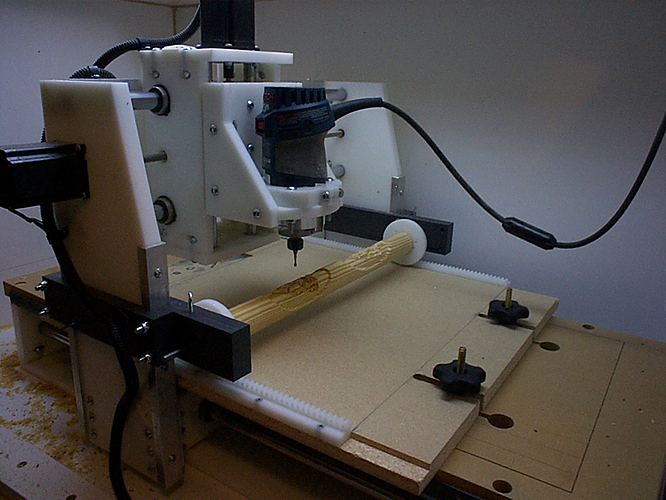 It depends on how much area you want to engrave at one go.

If you want to engrave on the pen just a line of text, so the pen does not need to be rotated than you just need to “Map” the engraving to the curved surface of the pen.

Generally you use a probe (you can easily make one using a sensitive push button a switch mounted in the collet) to measure the surface of your object then another program to adjust the gCode to follow the couture.

There are a few free programs out there to do this.
I think chillypeper will support probing and mapping (It is used for PCB engraving)
It is probably your best bet as it has a large user base to help out.

VCarve will map to a 3D surface. But you would have to model the pen shape in 3D and import it to map to. Then manually align it on pen. Doable if you use the same general shape, especially if you make up a good jig to make alignment easy.

A Rotary Axis would be if you wanted the engraving to wrap around the pen.
For that you would need a program that supports a rotary axis like VCarve.

A rotary axis is a little different than a 4th axis
A rotary axis you replace one of your axis with rotation (say Y) so the pen stays centered under the bit as it spins and the spindle slides back and forth. (you can use your current gshield controller)

A 4th Axis adds the rotary so the bit can move back to back AND side to side as the pen turns, this allows the carving of complex shapes and under cuts as the bit can get in at all kinds of angles.
Generally the software that supports this tends to be $$ as it is a lot more complex to calculate.
And you would need to add a additional stepper driver chip or get a new controller board to support it.

Side note: If you decided to go with the Rotary Axis approach (something I have been considering myself) It might be easier to build a second, dedicated rotary machine, rather than rewiring /reconfiguring you XC every time. (no Y axis, no waste board)

I would recomend Fusion 360. It has a learning curve but it workers well. You can use a model of your pen as your stock and engrave whatever you desire. If you make a jig you can clamp the pen on one side then flip it. As for doing true 4th axes work, I do not think GRBL supports 4th axes. You would need a different brain for your cnc to do this. NYC CNC on YouTube is a good source for learning Fusion.

You could setup a rotary fairly simple on an X-Carve. It would only require 3 axis motion to engrave text on the contour of a Pen. You could use a drum switch to change from one axis’s stepper (X) to the rotary stepper.

We use one of these on our Shapeoko 2 gshield to switch between two different stepper motors. Z axis stepper & the encoder stepper for laser modulation. 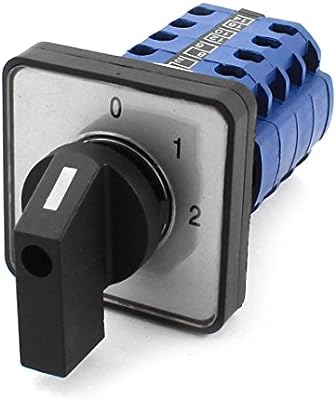 You would have to use two different grbl axis step/mm settings for the two different axis stepper ratios and the circumference of the Pen’s surface. This is easy to switch back and forth with our PicSender gcode streamer.

Here is an inexpensive 4th axis rotary for a Sherline and it looks like it has a 2 phase nema 23 stepper.

You could make a jig that adapts to the rotary that will hold the pen for rotating it to engrave.

No expensive or complicated software would be needed, because the rotary axis gcodes would not require any A, B or C angular move commands. Only linear X axis step over moves to index the rotary for the next raster line to engrave. Our PicLaser or PicEngrave Pro 5 can generate the X, Y & Z gcode commands needed to engrave from a Black & White image. This would give you the ability to engrave anything (text and a logo) 360 degrees around the Pen’s surface.