I’ve had my X-Carve for about 9 months now and I am considering pulling the trigger on a J Tech laser addon. The problem is that i was reading their upgrade instructions and suggestions, and they suggest for photo engravings to use their version of GRBL 0.9 because they have it set up to not dwell on an intensity change. They say that the X-carve will still function as a carver, but, correct me if i am wrong, the new X-controller i have on order will come with GRBL 1.0, and I wouldn’t want to downgrade the firmware for a single function. So I was considering that I could use the original controller for their firmware and leave the X-controller as is, but i would need a means of switching from one to the other. Would anyone have any suggestions on how to set that up so I could just flip a switch to work between the 2 different controllers?

I am also considering in the future adding an “A” axis to the machine for round objects, since I am a wood-turner as my main hobby and it would be nice to be able to engrave my creations with laser or router. So a switch from the Y to the A axis would be something I would be interested in as well.

Any suggestions or advice will be greatly appreciated.

Our PicSender gcode streamer gives the ability to switch back and forth to different grbl versions. Information is here.

Here is my take on how a 4th axis rotary can be controlled with the 3axis grbl to engrave on round stock.

You could setup a rotary fairly simple on an X-Carve. It would only require 3 axis motion to engrave text on the contour of a Pen. You could use a drum switch to change from one axis's stepper (X) to the rotary stepper. You would need a way to lock the X axis stepper in place when switching to the rotary stepper and that can be done with the shaft coming out of the back of it. An aluminum disc that locks on the shaft with a set screw and it has a brass screw perpendicular through the disc tha…

I have thought about this myself since I’m also planning on getting the JTech laser at some point and would like a hassle free option to switch between controllers rather than flash a new version of grbl every time I want to switch. 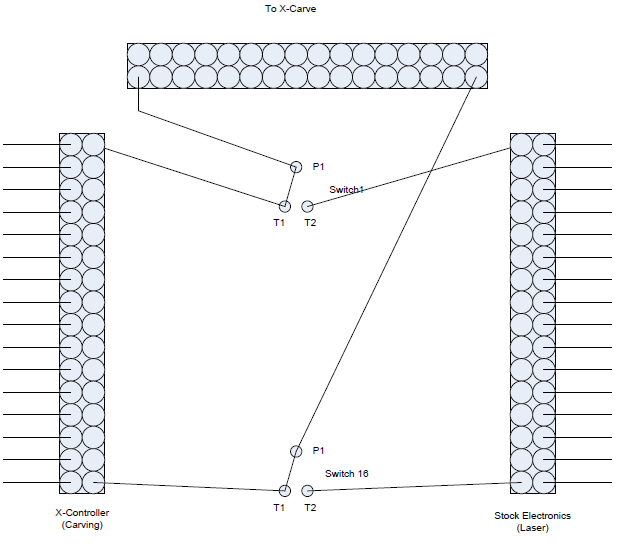 @picengravertoo Thanks for the reply! this isn’t exactly what i’m looking for though. I Currently use a Raspberry Pi to run the controller running headless so i can connect wirelessly to any of the PCs, tablets or phones in the house. Since it is browser based i don’t know that software solution is going to work. I really don’t know much about GRBL or testing the different versions, I really just want to set the machine up and not worry about it unless something needs upgraded, or fixed.

@AndreJoubert Your idea was great! I wish there was some way of setting it up with a single switch, but i suppose that would require relays and more electronics knowledge than I have. This will likely be the way I will go. Allowing me to make use of both controllers and not really messing with my current setup through the RPi. I guess i could get the toggle style switches and line them up drill several holes in a small board and connect them all together so i can switch everything with a single throw.

@RobertCanning I thought about this last night, I even have old PC wires in a box somewhere i could use the molex from, but that is a lot of movement and more hassle than i am really wanting to do for switching. If i only planned to switch back and forth once in a great while id probably go this way to save money. But if everything goes well i will be switching several time a week and probably several times a day on Saturdays. That’s a lot of wire movement that will likely end in repairs of the connections regularly. That’s just how i imagine it though.

Glad I could provide some inspiration! You could do rocker style switches although it would be a little tricky. You would probably need to make a long bar swiveling lengthwise on a dowel or metal pins and shape the bottom to have two lobes, one to interface with each end of the rocker. I know you get spdt push buttons as well but I would hesitate to use them since its easier for one or more to not get fully depressed so you’ll end up with a mix of connections. 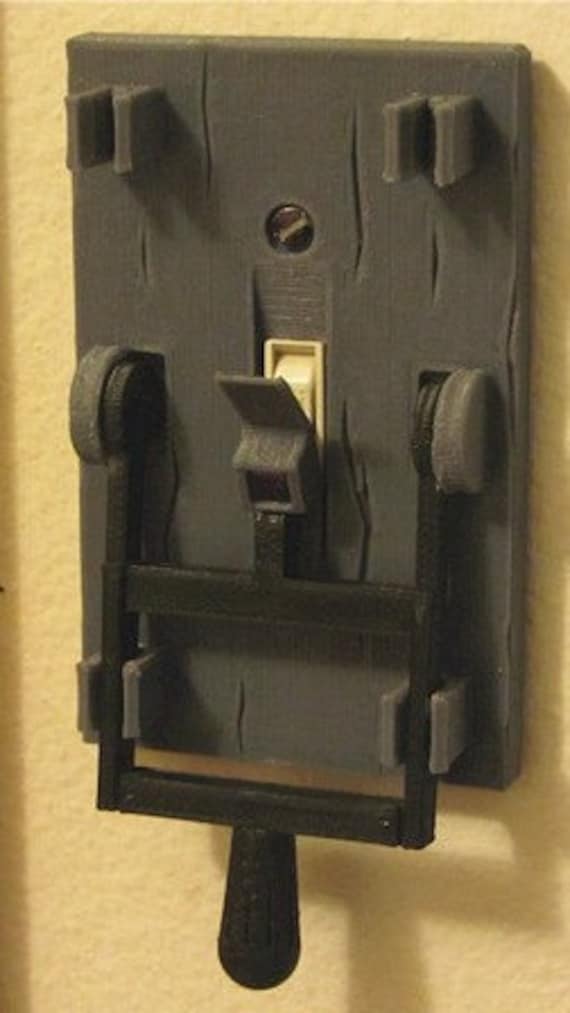 You could always try Etsy, I think they’re relatively cheap!

I was researching the switch option some more and found the following which may actually be a pretty elegant solution. They’re multi-pole double throw (XPDT) switches. 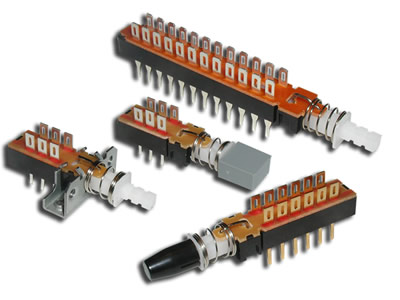 You could feasibly wire one of these babies up and not need the three terminal blocks I mentioned originally. You would just need to find one large enough to handle all the wires or you could use two or three but either way it’s better than 20 or so toggle switches. That is assuming the current rating on these suckers is sufficient for the stepper current. To get a better idea of the wiring look at this diagram for a DPDT switch and just imagine expanding this with more poles. The pole side would still be wired to the machine and the throw sides would be wired to the controllers again but no terminal blocks as middle-men. Depending on the size of the switch teeminals it may even be feasible to hook the wires up using quick disconnects so you don’t need to solder it all together.