So here is a simple pen plotter that I made for the x-carve made out of a piece of .5" hdpe and a middle section of a towel hook I had laying around 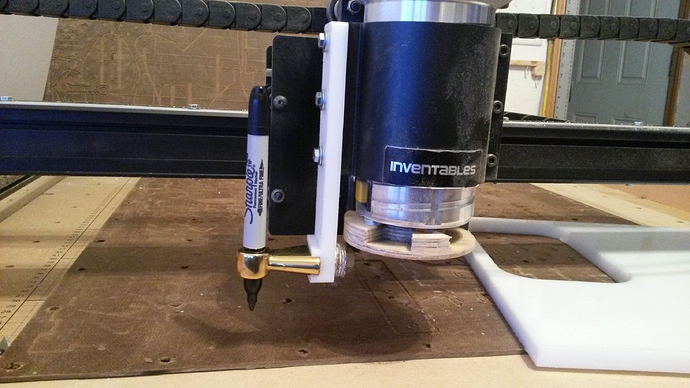 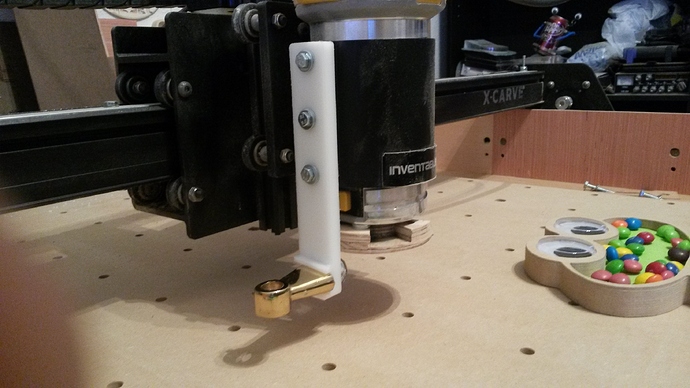 You must be younger, so never HAD to do this. For those of us in the low level of the working world in the early days of PCs in the 1980s the only way to print out color charts was a pen-plotter, since the laser printer really hadn’t happened yet. Yes, people still use them today, mostly for blueprints (although given how amazing large bed ink-jets are I have no idea why) and other niche applications. But my first “real” job was working for the VP of sales at General Foods and producing charts (in Lotus 123 among others) and producing 8x11" overhead transparency charts. At least I had a fancy HP plotter on my desk which had a cassette of 6 pens, so could auto-change (when it worked) and produce multi-colored charts (and just like 2-stage printing on the x-carve, it was hit or miss). However, like the X-carve it had to be watched, because it often failed to grab a pen or the pen ran dry part way through a sheet. A big sales meeting might have taken me 2 days to print the slides for (like X-carve carving times). So, so, so painful (welcome to being the department co-op!). 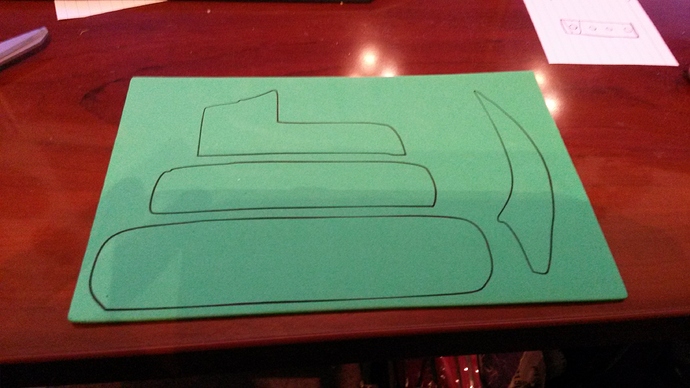 Actually one really cool idea I have had (totally unsafe) is to try to make a pen-plotter attachment that draws in HF (hydrofluoric acid) to etch glass. HF is really, really scary stuff, but would be super cool way to frost glass without having to sand-blast.

Wonder if some sort of light spring with the pen floating would help contact. The old pen plotters were spring loaded.

You mean a diamond bit? The frost done by HF (how they frost lightbulbs) is really smooth compared to an abrasive mix. Plus it works on hardened glass (like borosilicate) and very thin glass (you could put channels in microscope slides for instance)

1 or two v-grooves in your HDPE about a half inch above the pen holder and 80-90% depth would provide a great little spring.

I actually just threw one of these together last night. Not nearly as pretty as yours though. Just a 1/2 in hole through 3/4 inch pine. A set screw at the bottom keeps the pen from dropping out and a bolt through the top keeps a spring compressed. https://www.youtube.com/watch?v=e3X9CfnGahA

if you use a tube where the marker fits in and a smaller ring that the marker don’t fall out of it, it will do just fine 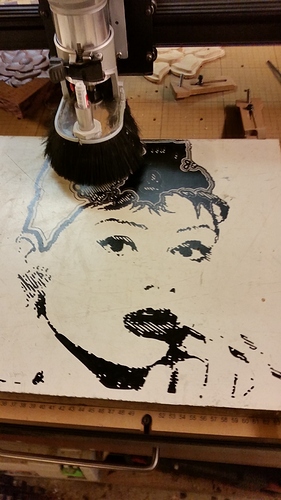 hehe I have a KNK Zing that I use for that.

The marker is loos in the tube, and set just on the flat surface.
I imported a picture in easel and set the depth on a 0.1mm.