Ok, so I’ve had a few weeks to play with the stock 1000mm x carve. It’s been fun learning the cnc workflow. However, after running a few pieces of 3/4 mdf, I realized pretty quickly that in order to improve on the reliability of the machine, some much needed upgrades are needed.

First off, I ordered the v-carve pro software. For those of you that don’t have it, it’s worth the money. Good program for what it is, and the learning curve is not too steep. I’m sure easel will at some point be more robust than it is now, but it’s fairly limited with what it can do. Besides, my kids stream net flicks and YouTube, so my home bandwidth is crap. I tried chili pepper, and it glitches pretty bad. Doesn’t help that my wife is a game of war junky either. That takes a lot of bandwidth too. Right now I’m using UGS for the gcode sender.

Second, I upgraded the spindle to the dewalt 611. It has all the power you need for this machine. It does throw dust like crazy. But it should give more consistent results. However, I have noticed visible flex in the x gantry, so I’m going to put the steel spline between the 2 x rails.

Today I ordered WinCnC with the PCI boards that can communicate with the mx3660 dsp micro-controller that inventables sells. That should make the gcode and motor control of my setup rock solid.

After I do all that, I will put a 800w vfd spindle on this machine. I will be taking pics of my setup, as well as the upgrades as I complete them so others that are thinking of doing some of these things can follow along.

Kirk, Looking forward to seeing pictures of the steel spline between the rails. I also last weekend upgraded my spindle to the 611 and the dust is brutal, I just cut out the airflow diverter but have yet to install as I need to get the longer screws. I checked the spindle for square and it seems to be OK at this point. I bought VCarve Pro with my 1000mm right off the bat and agree with worth the money, I’m amazed every time I look at the training videos and see things this program can do.

Ok here are some pics of my machine in various stages of disassembly. I took some pics of the metal spline I’m using, plus the hardware used to connect it. I will be getting my dsp controller tomorrow and I’ll put pics up of that. 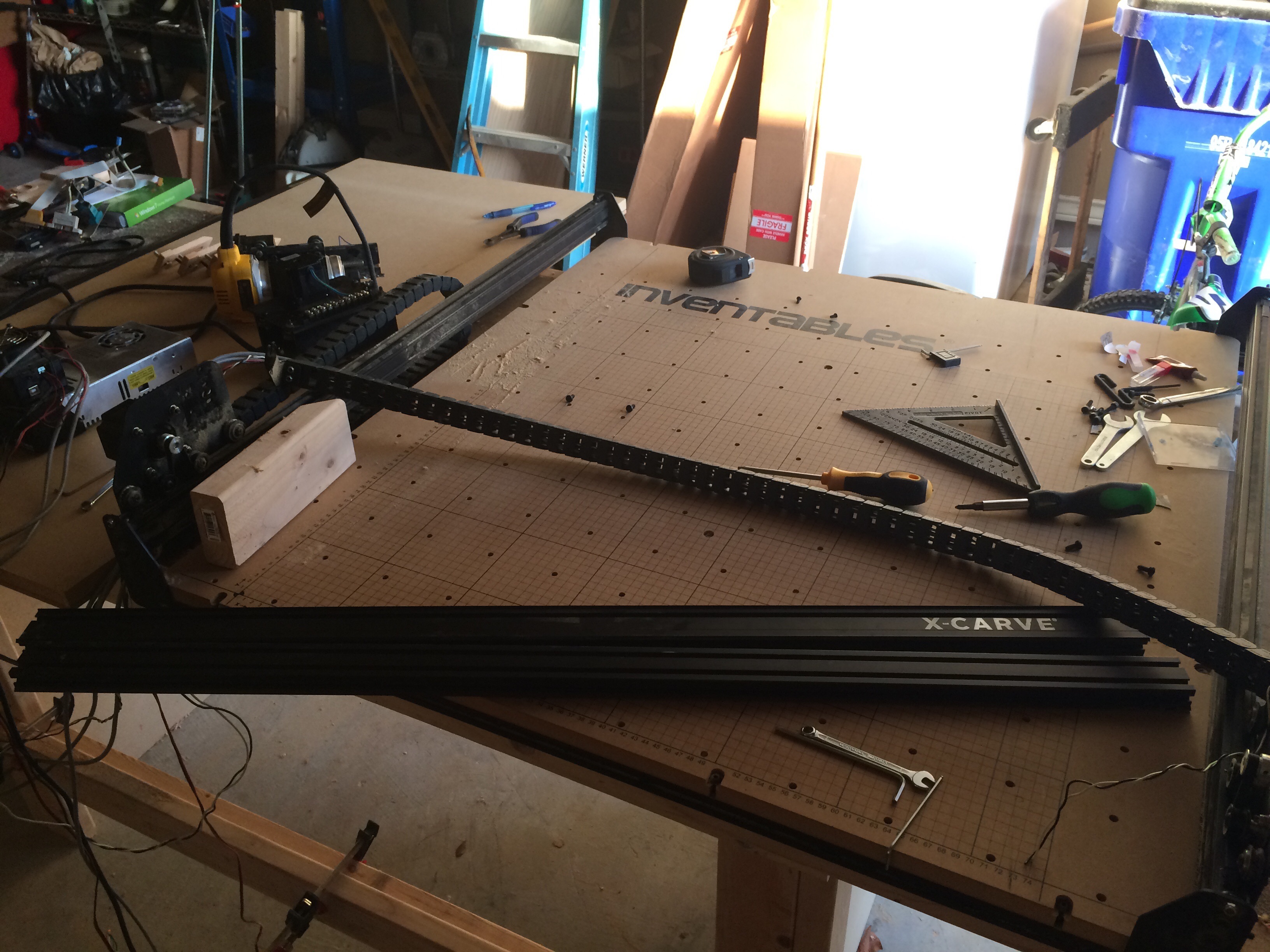 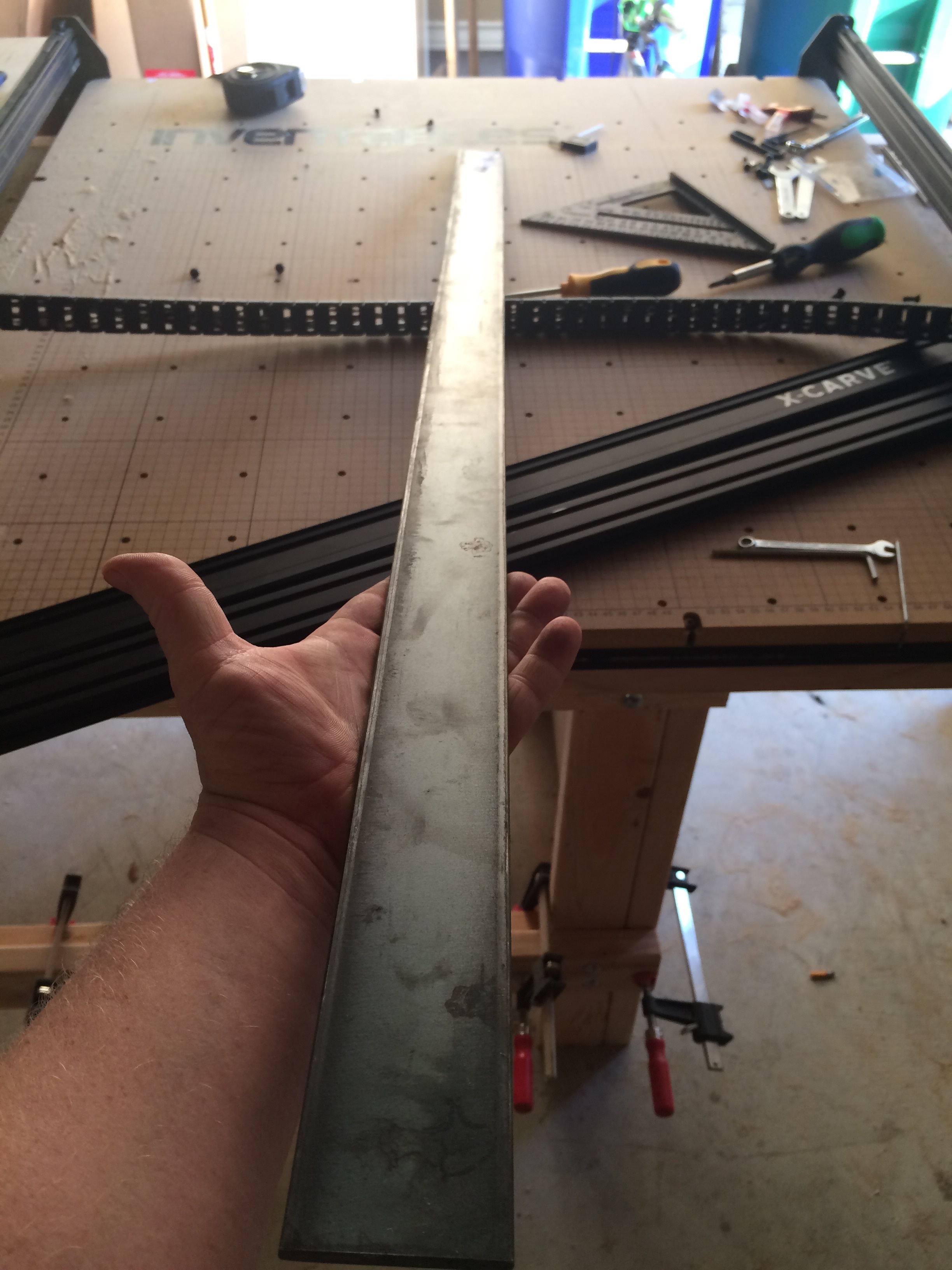 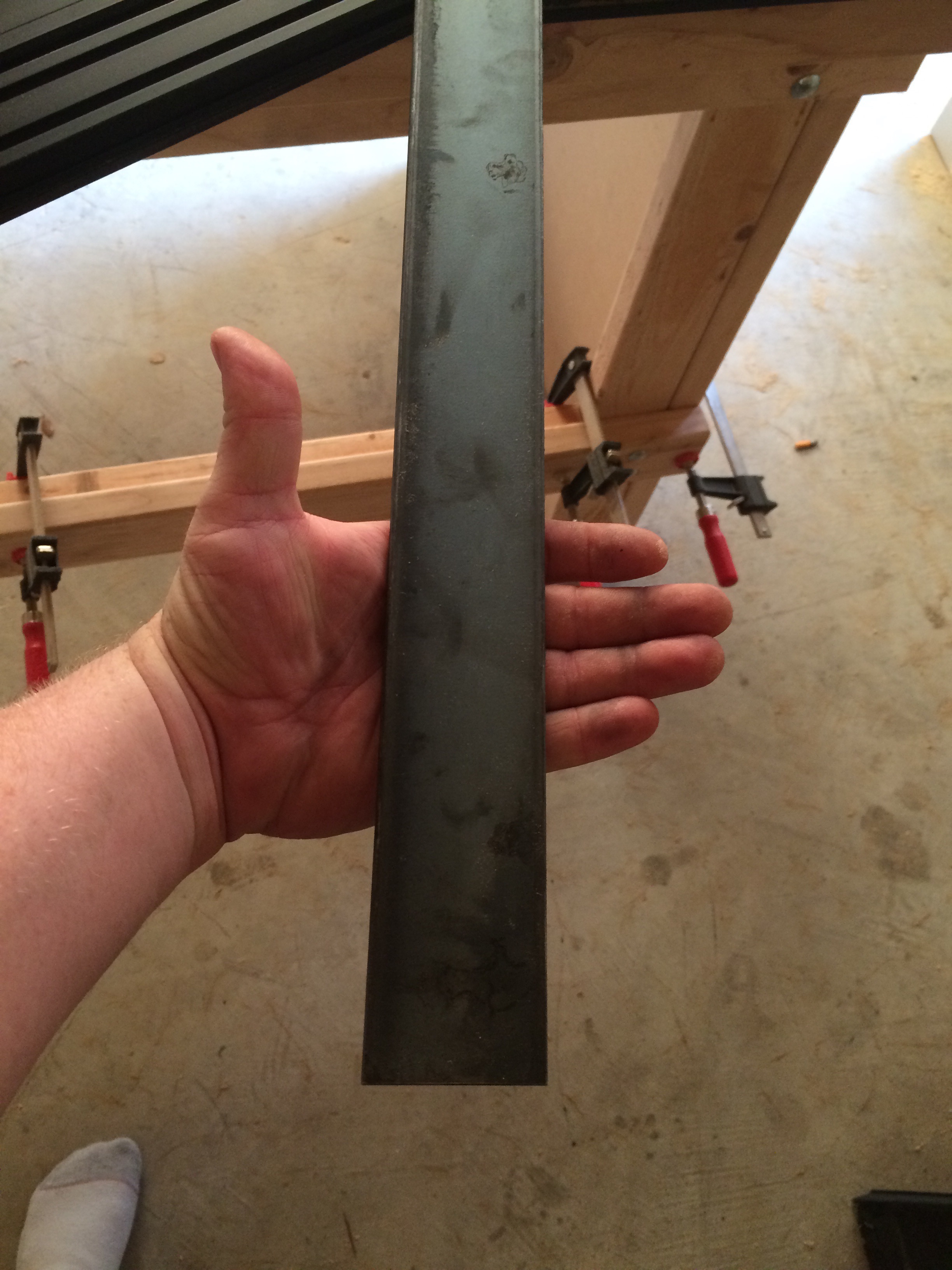 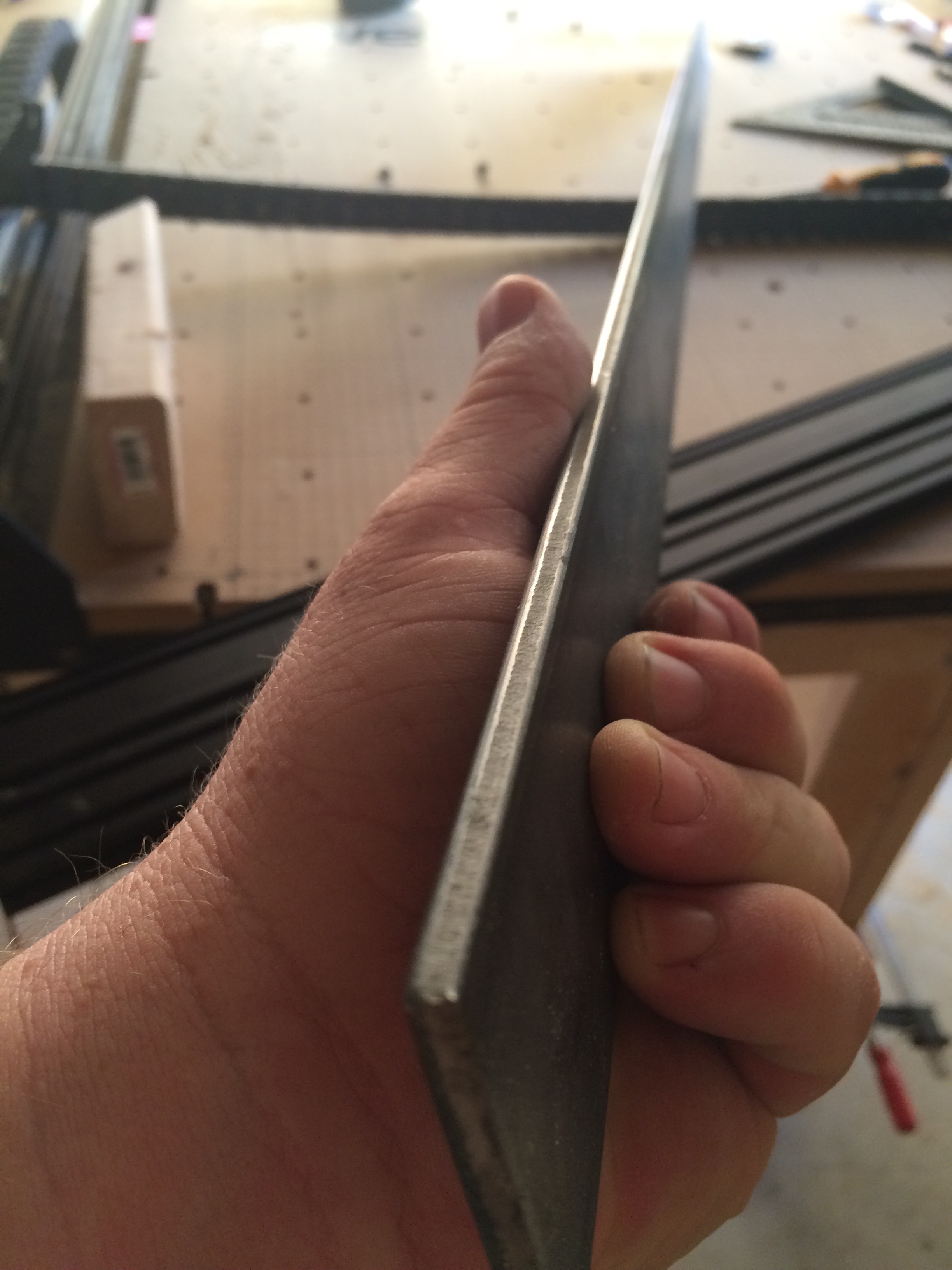 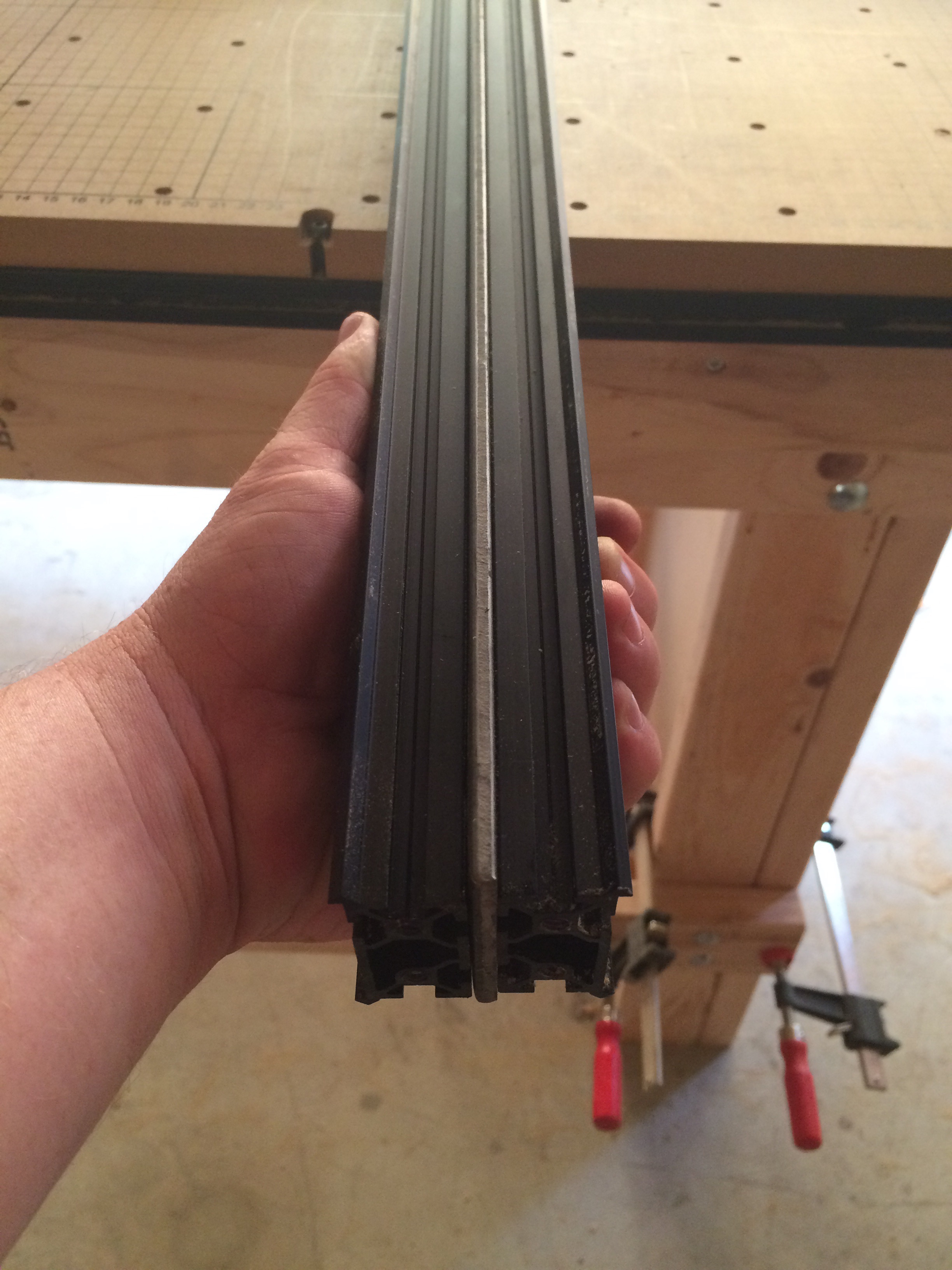 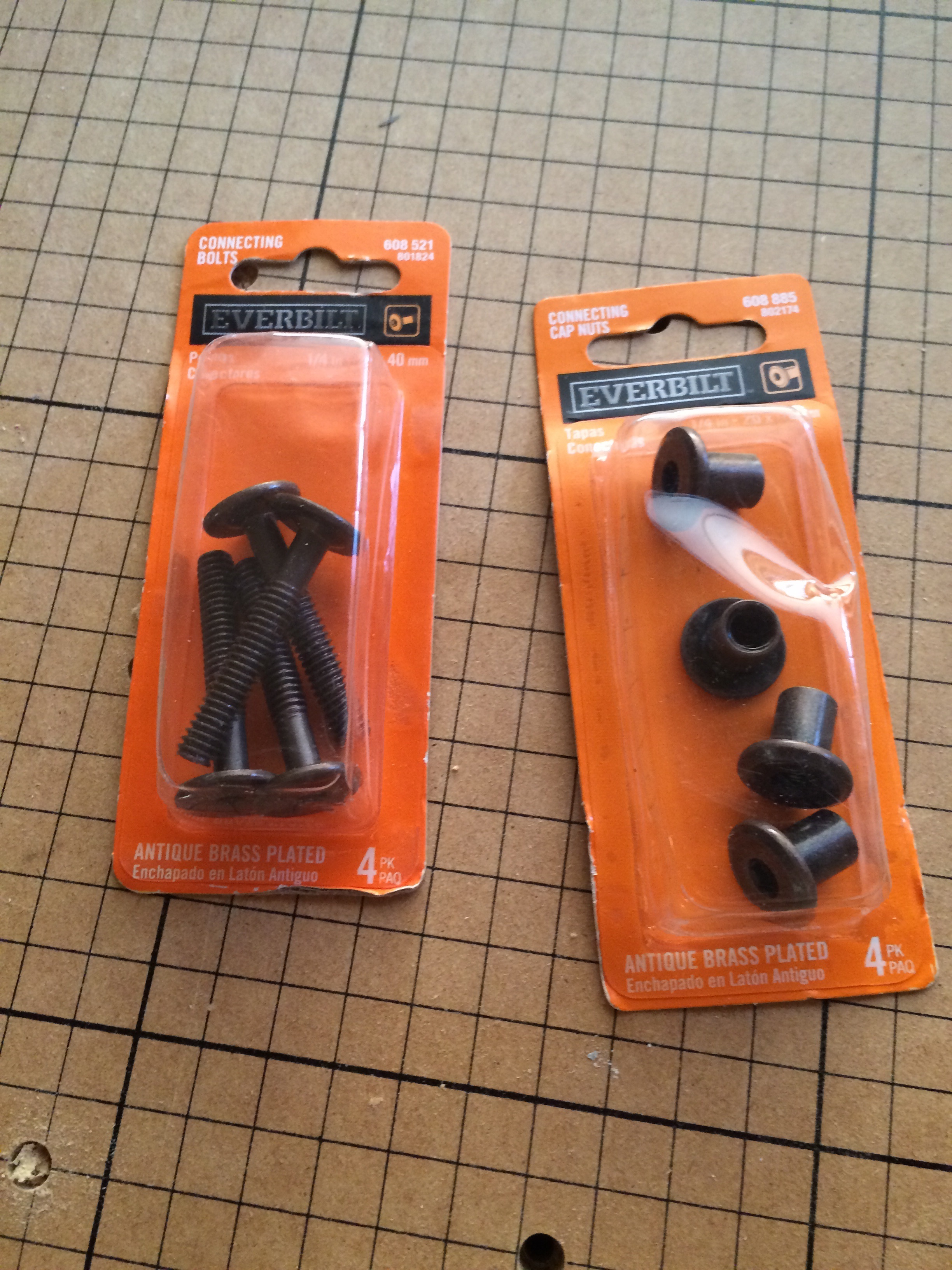 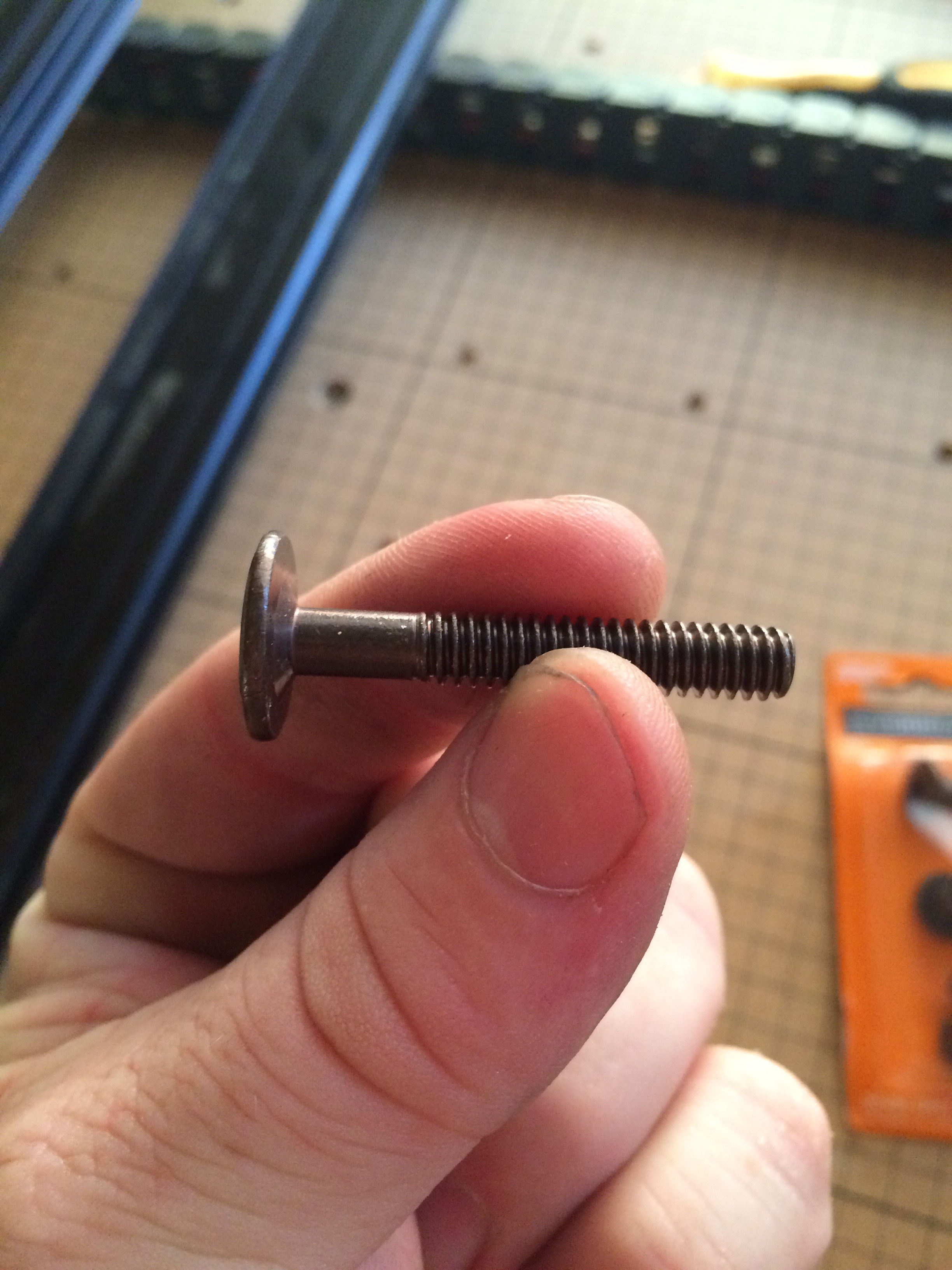 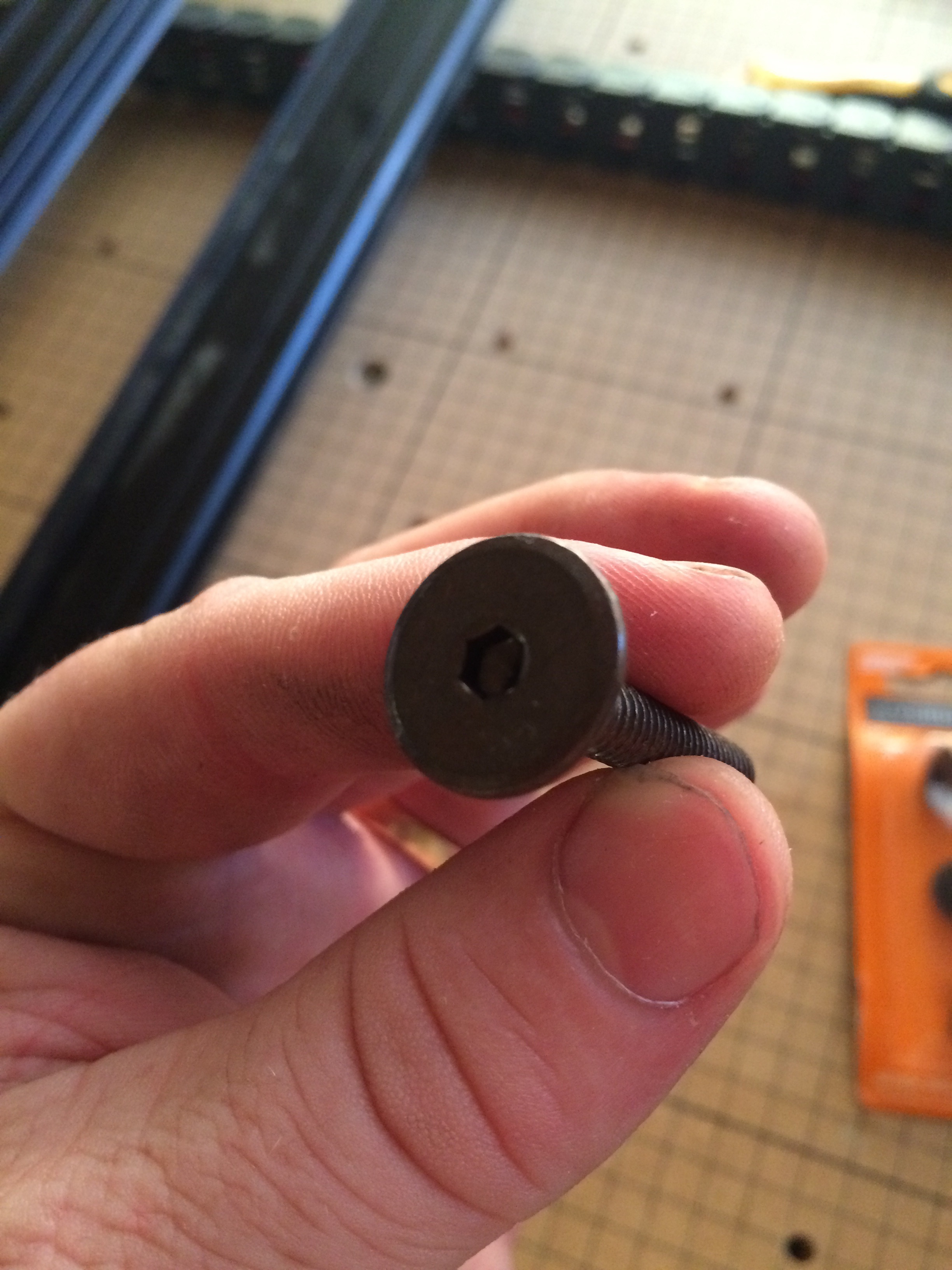 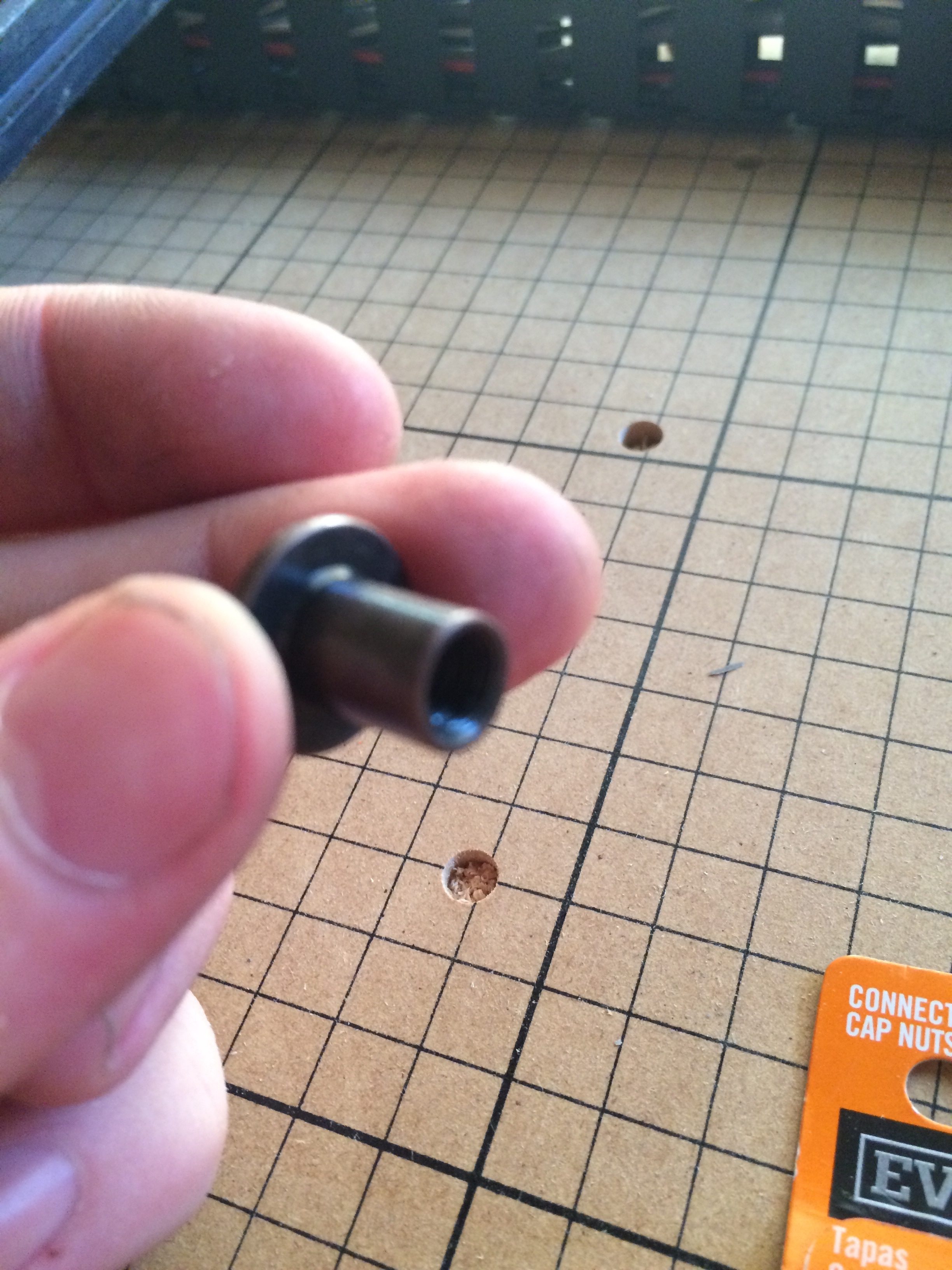 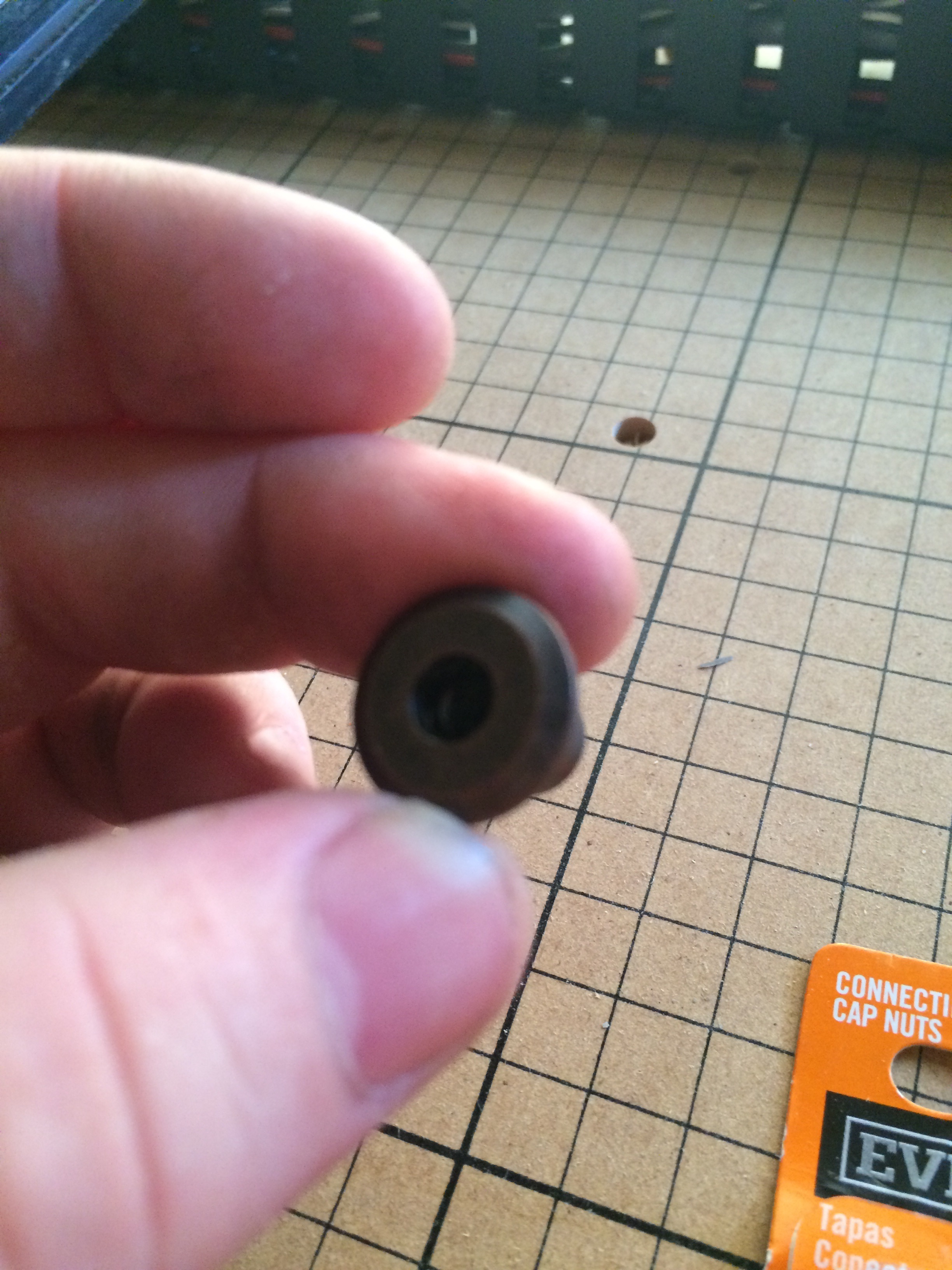 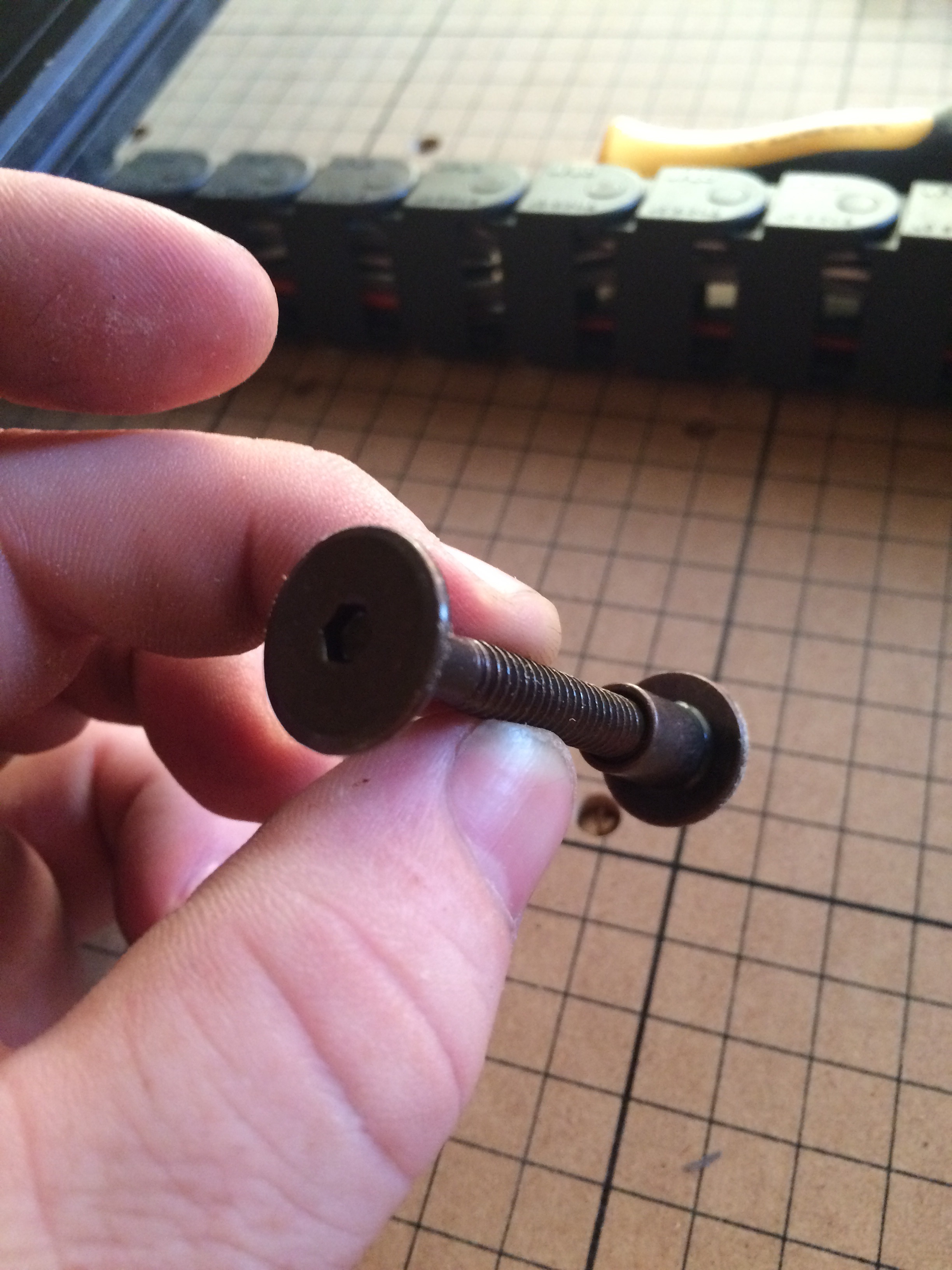 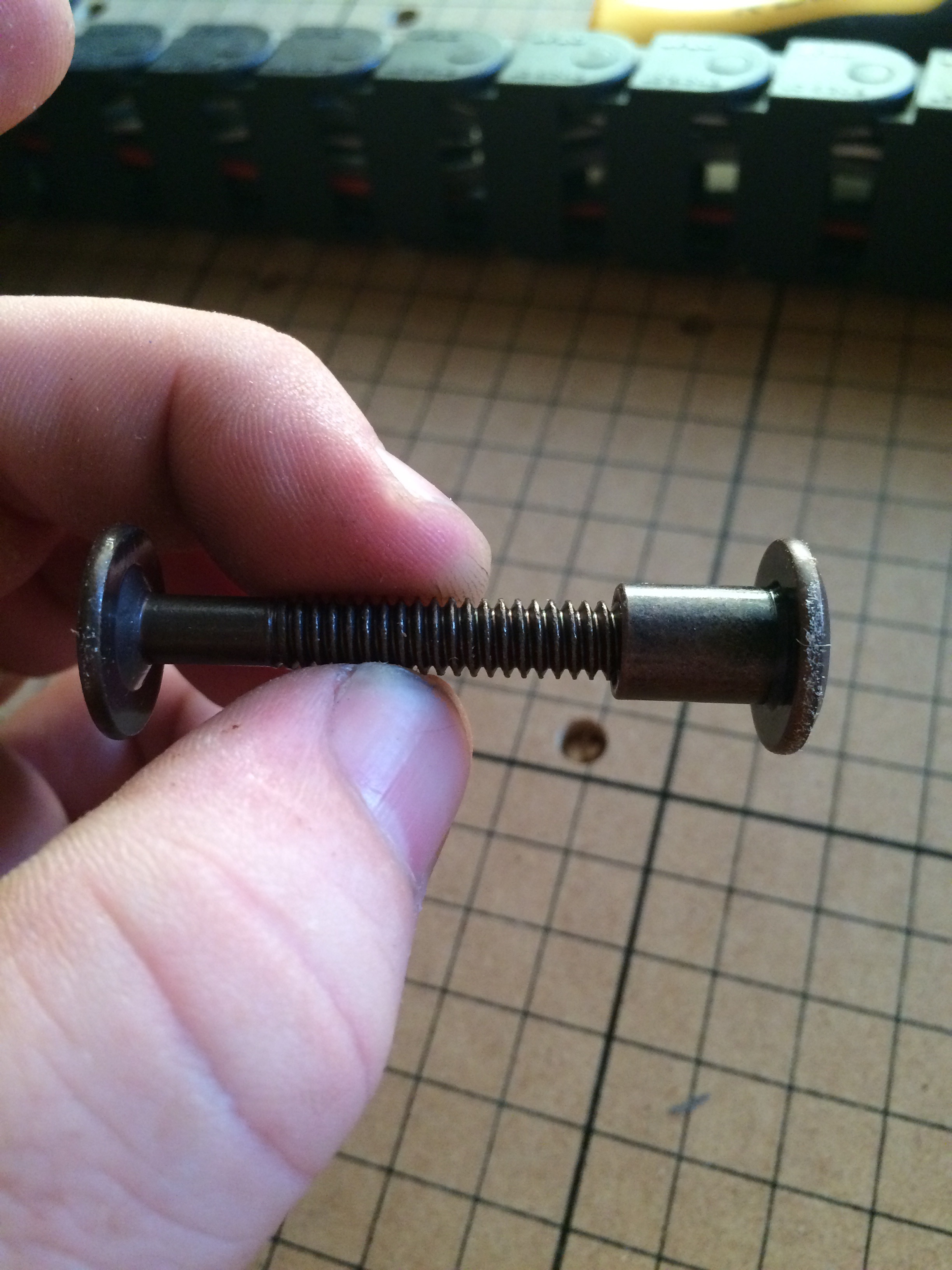 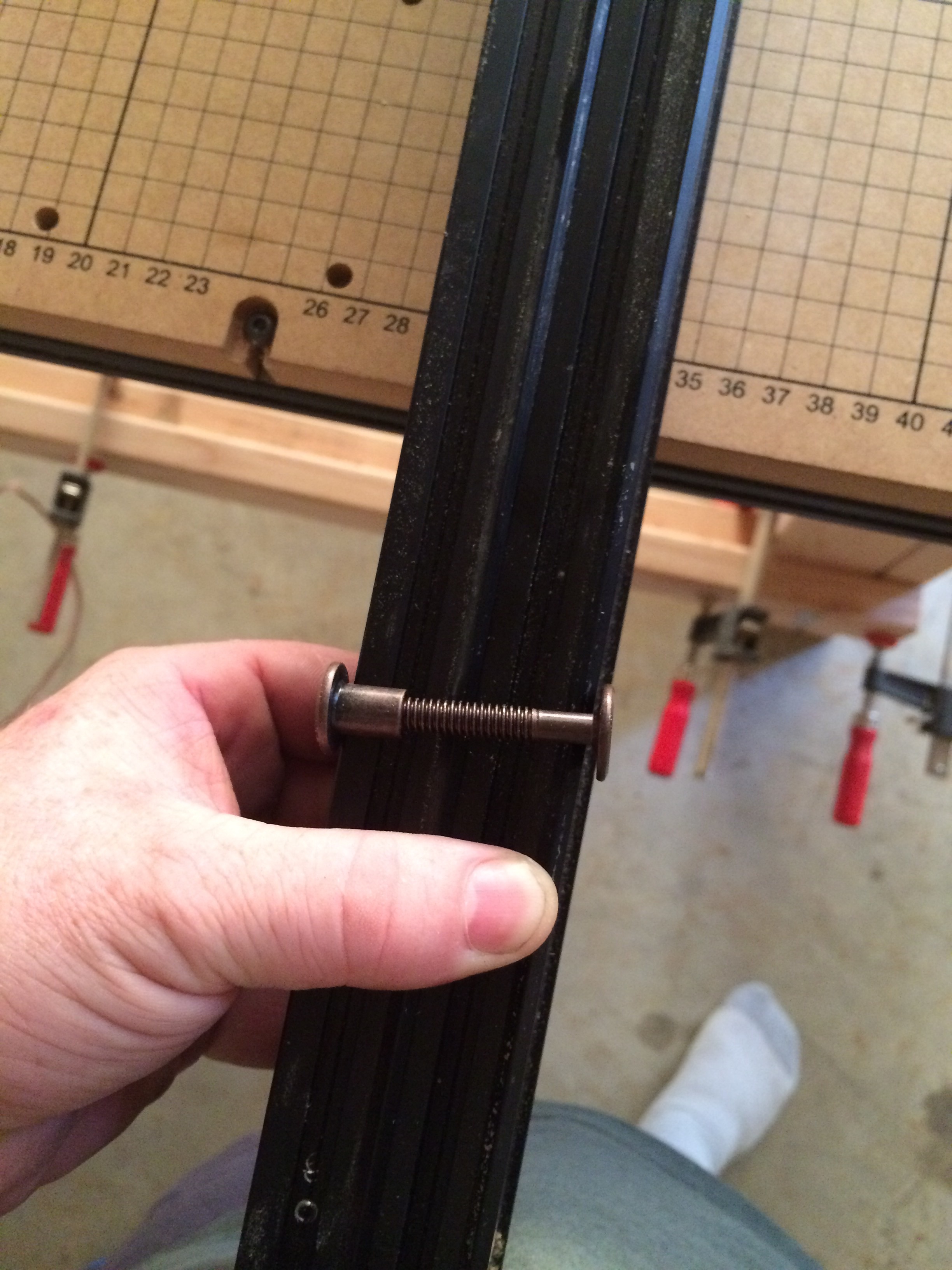 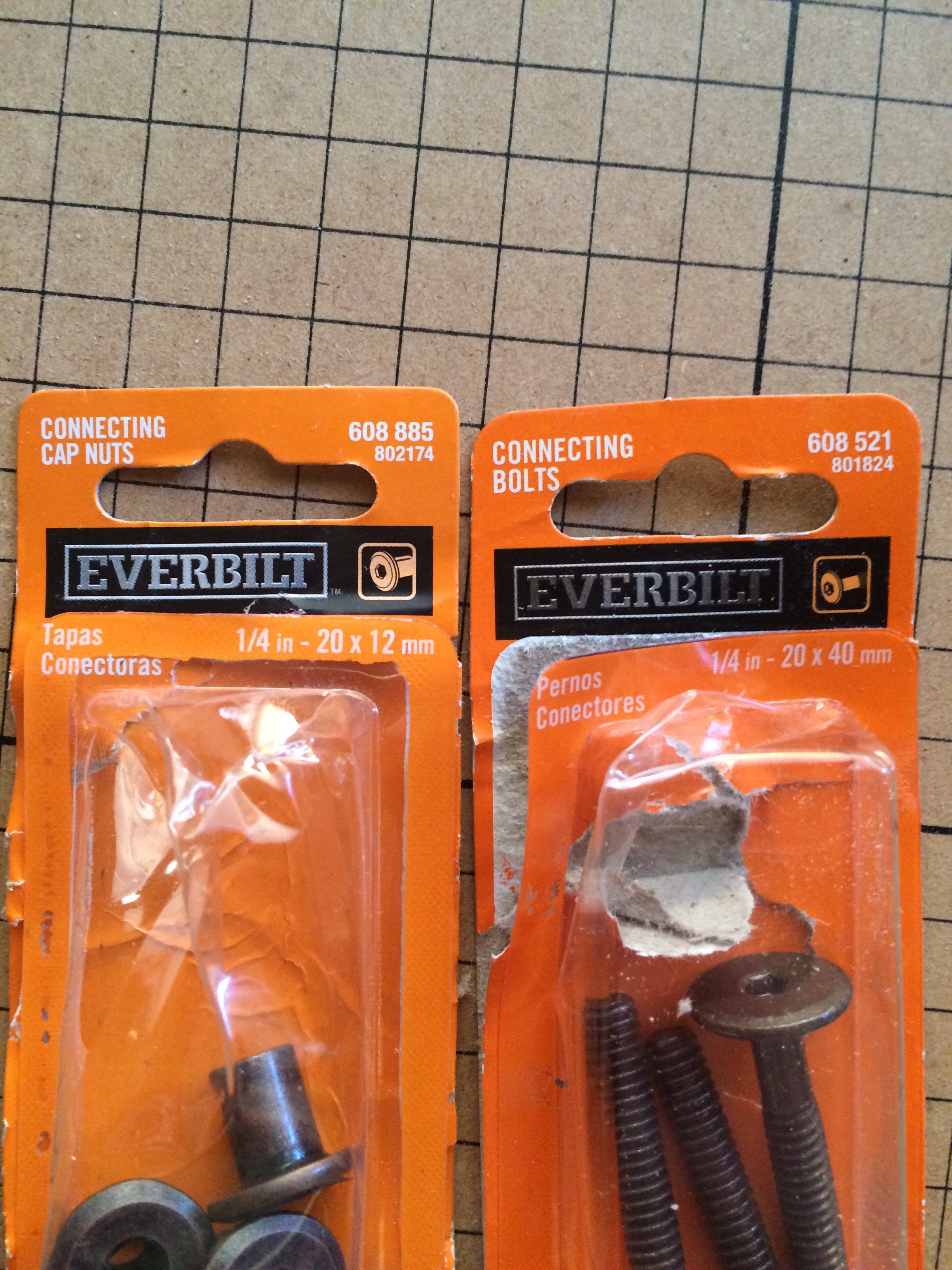 What size / where did you get the steel ?

Here is a shot I got of the sticker on the metal. I got it from Home Depot 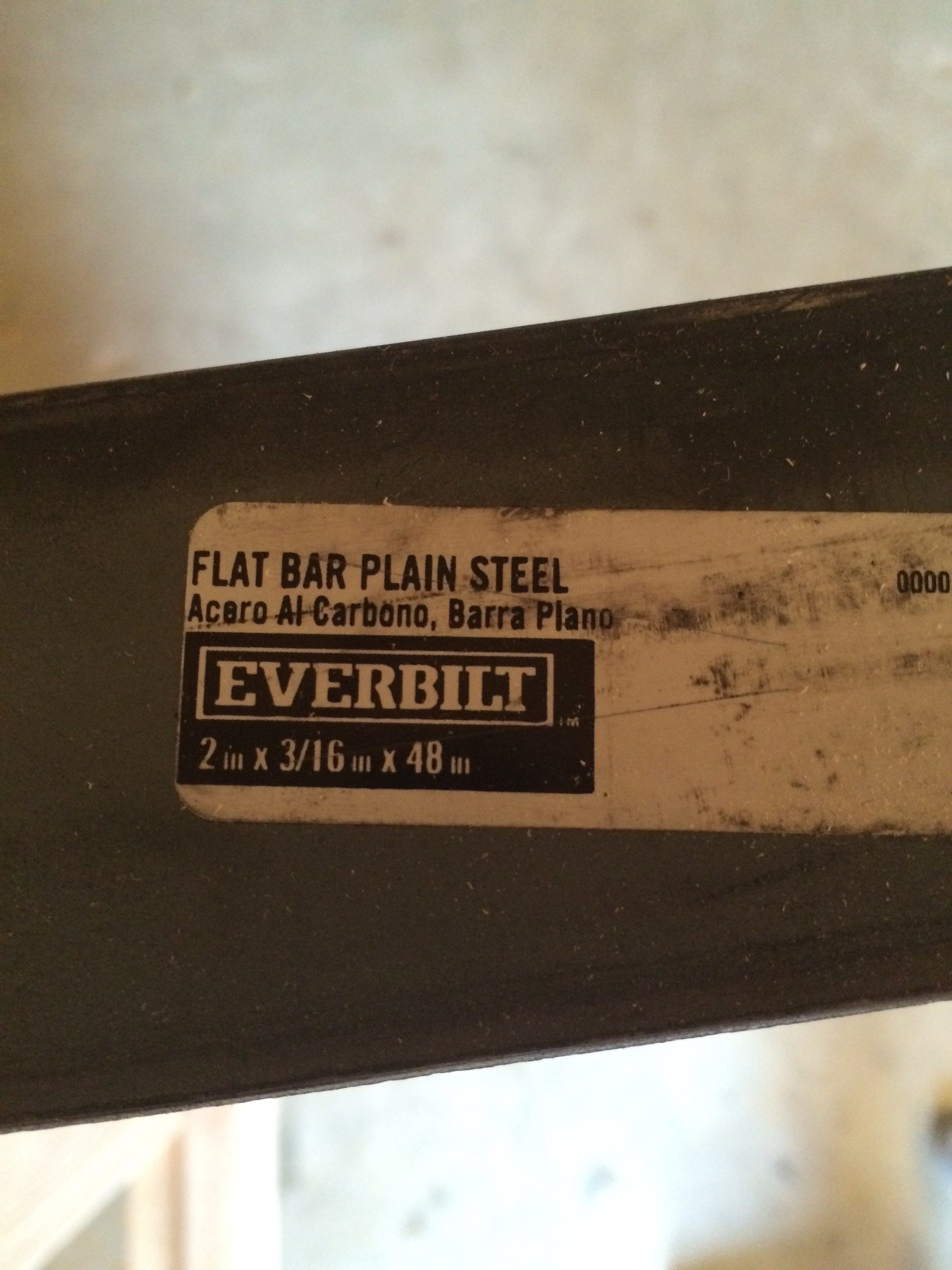 @KirkWasham. -looks good. How many bolts did you use? In what pattern were they laid out (in pairs, a single line, zig zag etc)?

I’ve been considering doing the same, but on my machine, I seem to have most movement along the Z axis - have you seen the mod where a different plate is used that has three sets of v wheels (I’ll try and find a pic)? I suspect this will be my next job.

I’m heading along the same upgrade path, but am still using the original Controller.

Having gone through two spindles (original 300w units), the Dewalt has been the single biggest improvement and “bang-for-Buck” of anything I’ve done. It’s turned it from a fractious and somewhat delicate unit to the kind of machine I’d imagined when I’d ordered it.

As someone who did a trade in machining, I’m aware of the limitations of this type of machine, but I’ve been pleasantly surprised at how good it really is.

Like the printer connected to your computer, it’s the software that you use that allows your imagination to really break free. I too bought VCarve and although I had to mortgage my house and promise my first grandson to the vendors, it’s an impressively good program.

I’ve built a new woodworking machine, and I’m still spending more time in front of my computer than I am in the workshop breathing sawdust…

Hi the pictures are good I was wondering if any one used aluminium bar instead steel bar? does light metal has enough strength and support? My worry is the extra weight will put more strain on stepper motors and also on Y axis plates. Any comments welcome. I have 1000 mm with Dewalt D26200 spindle. .

I think anything would be an improvement, be it steel, ally or even just a few bolts and washers adding 3/16" in between.

Obviously, the more critical it is to you, including bigger spindles, the more you have to gain from moving to the stiffest setup you can.

I run the standard 300w spindle on the 500mm X-Carve and I’m going with an aluminium bar instead of steel because I’m also concerned about the weight of so much steel and how much more difficult it is to manage. 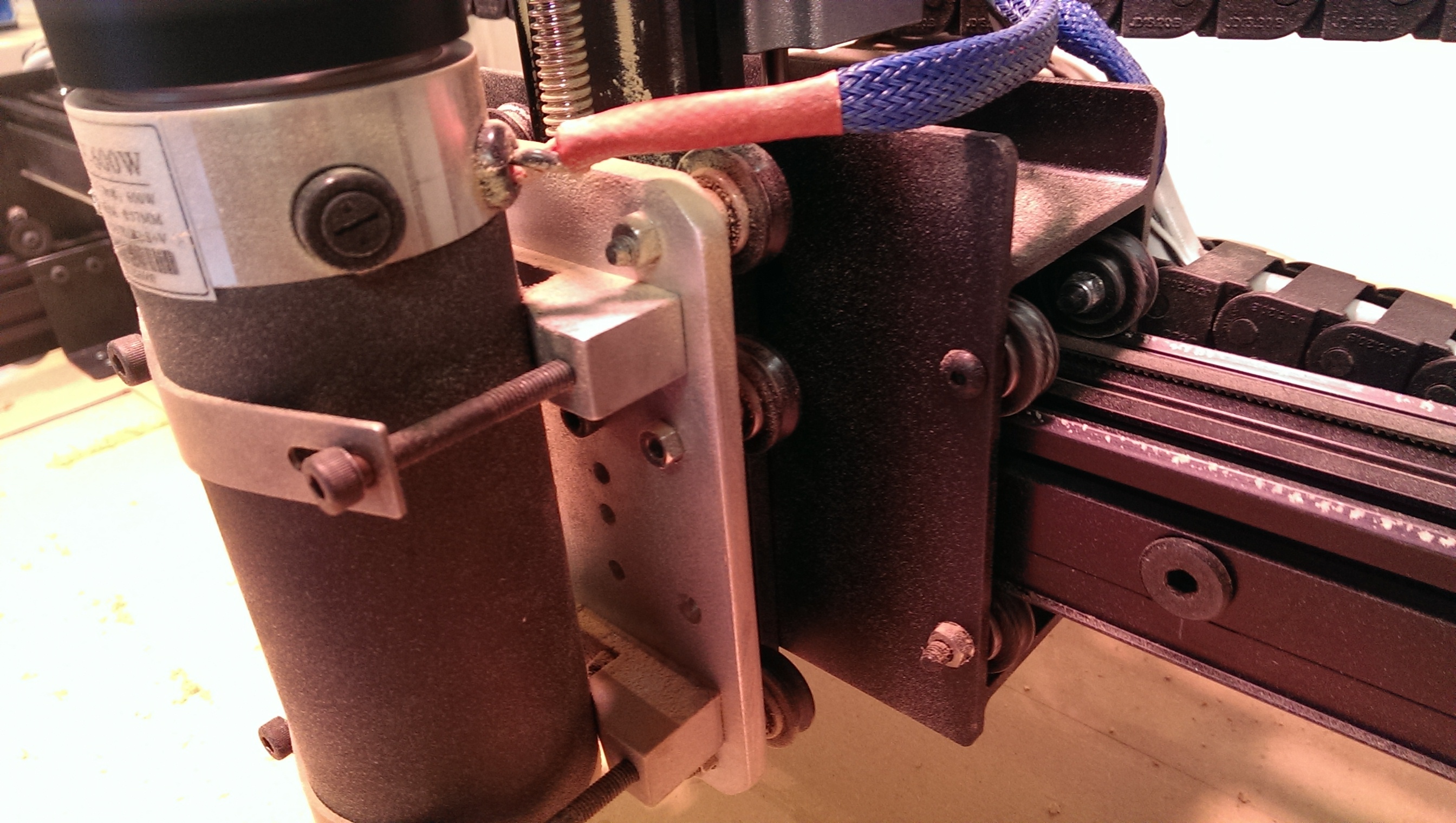 The nema 23 steppers can handle a lot more… it is the stock drivers that might not be able to provide enough voltage and current. I am now using 48v and 2.8 amps - with a Gecko driver and it is finally my dream machine.

I keep hearing about these gecko drivers. Anyone have a link to them?

I plan on using 5 bolts like others on this forum have. I don’t have a drill press, some I’m debating on either buying one, or just using clamps and a hand drill

Thanks Ian and Chris. Can you post a picture Chris, is yours a 1000 or 500?
cheers
chandra

I did have to reverse the homing switch screws and use shorter drag chain mount screws. 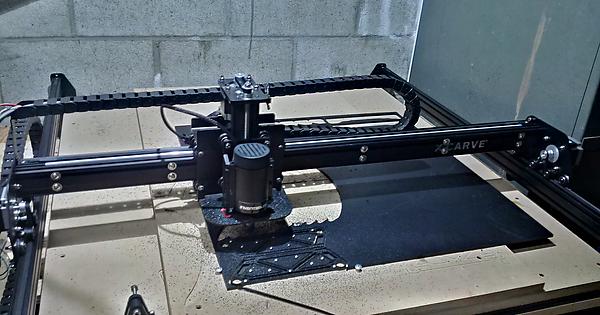 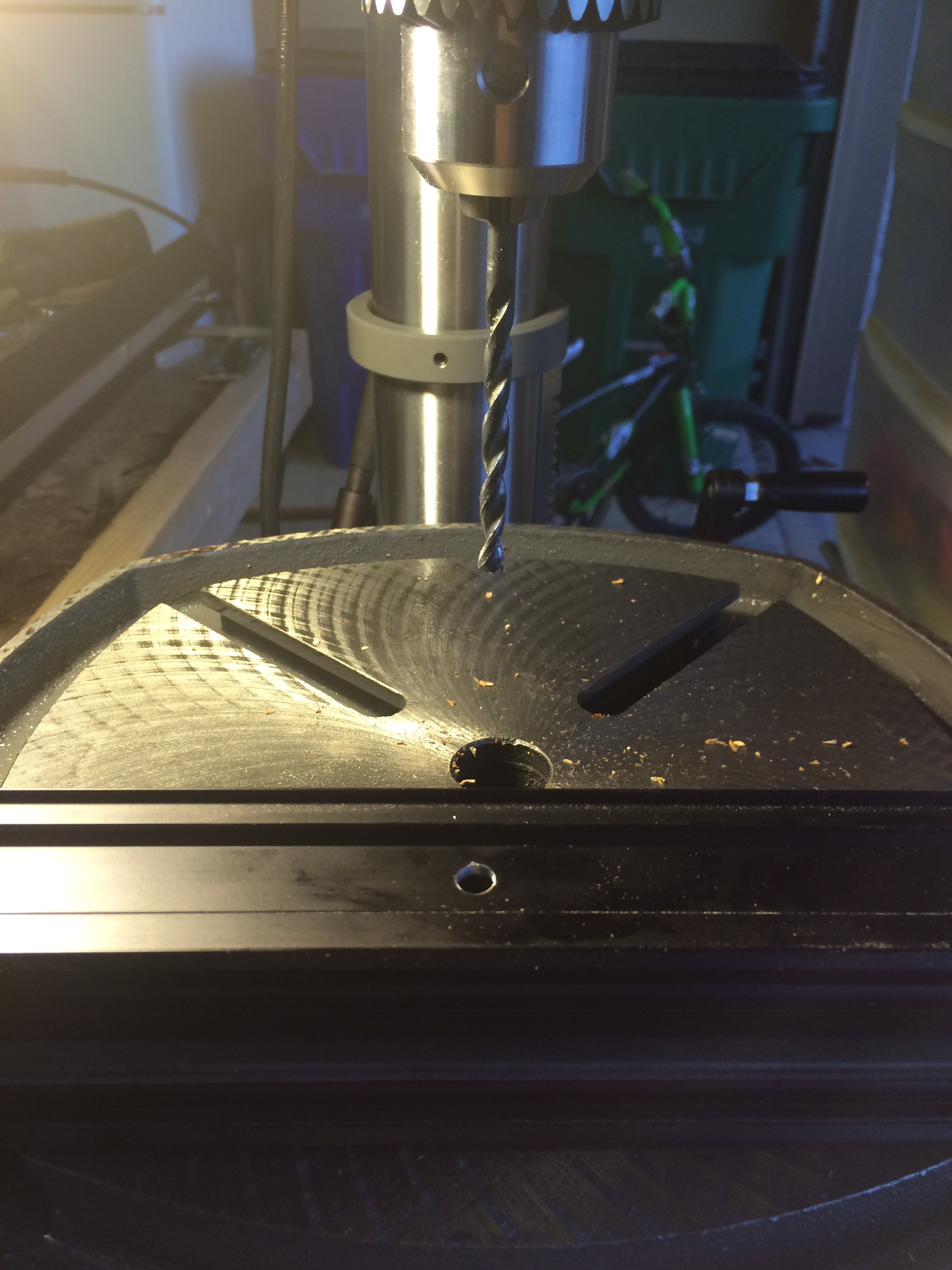 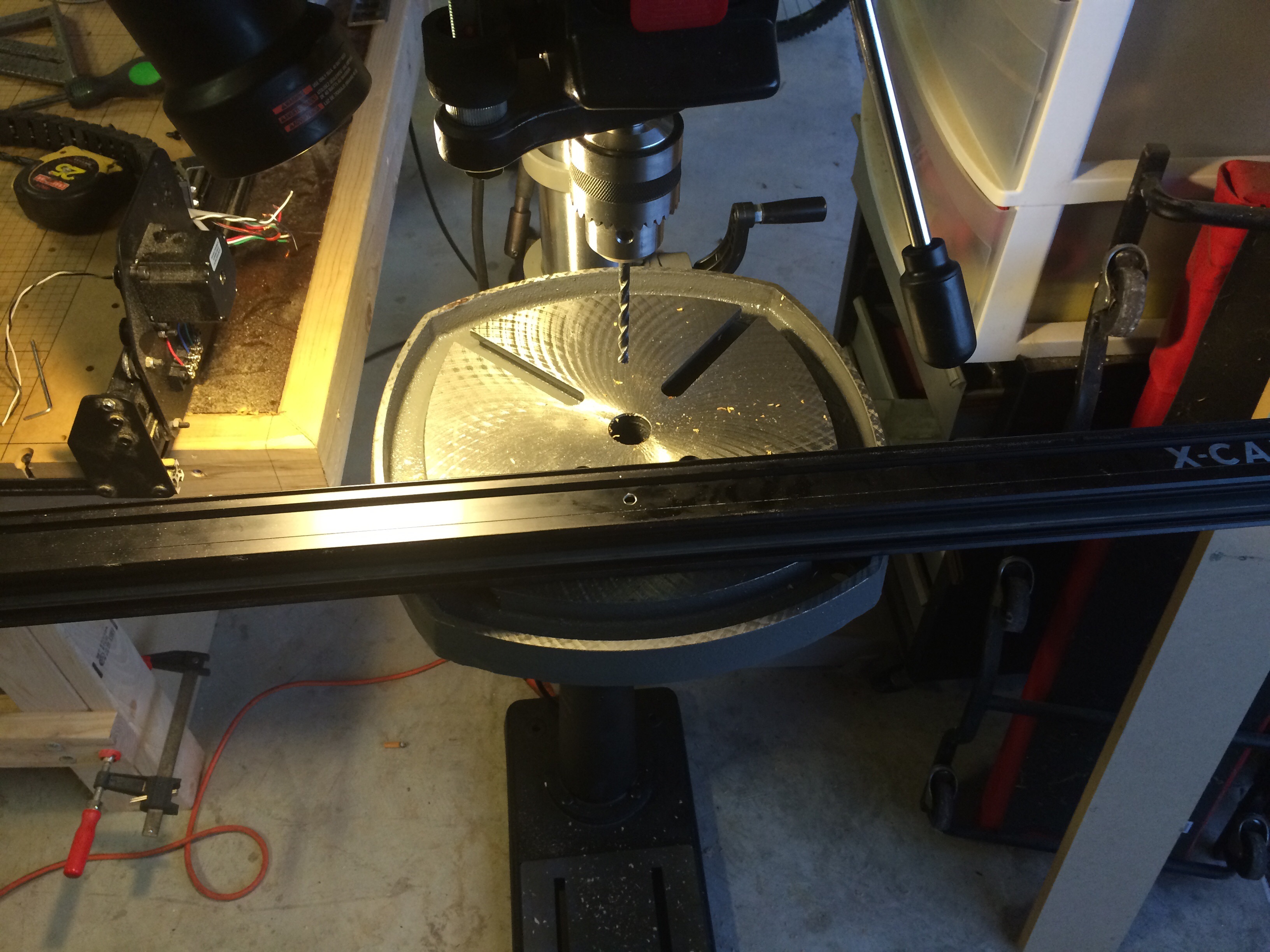 I have a question about flex on the 1000mm. Is it flexing along the axis… or is it flexing rotationally due to it being two pieces?

My issue was chatter caused by the gantry rails flexing rotaionally as the bit encountered resistance.

The maker slide rails would move in relation to each other building tension to a particular level then release it and build it up again and so on. his happened many times a second causeing the chattering.

I added a 3/16" x1 3/4" x 39" piece of aluminum held in position with old fashioned round head machine bolts and nuts with the protruding bolt ground flat to the nut for clearance. and a drop of threadlocker for good measure.

The improvement was quite impressive!

I was wondering the same thing. Using an aluminum bar instead of steel. It would be lighter, and it would lock everything together, plus It would be easier to drill threw.

I have no reservations or regrets going with the aluminum. As for if steel would be better, I dont really have a good basis to compare to.

Think of it this way, look at the gantry from the right hand side. you have two pieces of maker slide (rails) with the spindle hanging off the left side putting counter clockwise rotational force on both pieces.

Individually, both pieces twist in the same counterclockwise direction, each about it’s own center point.

The sides of the maker slide that face each other are effectively going in opposite directions, one up the other down.

What the plate does is bind the rails toghether forcing them to counteract each others motion or unifying the two pieces to act as one and preventing them from twisting independently.

So @NickHomrich what you are visualizing is correct.

Where steel may have an advantage would be with sagging in the middle of the span under the weight of a larger router. I run a 300w 48v quiet cut spindle, so that is not an issue for me.

Any sort of plate between the rails will stiffen the gantry. Harder materials will in theory perform better than softer ones ie; plastic vs. metal etc.

All of these will encounter the same forces of stretching on the bottom and compression on the top, but will react differently, at least on a microscopic level.