Plotting depths on a parabola or a curve

Hi Folks,
I am looking to plot cuttings on a curve in order to make a spoon.
I plan to overlay ovals, carving gradually deeper to make a spoon,
therefore I need more like a parabola rather than an equidistant curve, with flatter gradients toward the center, then greater gradients toward the edge.
I tried to plot a parabola in excel with no success.
I am open to suggestions.
Thanks
Martin Gutzmer 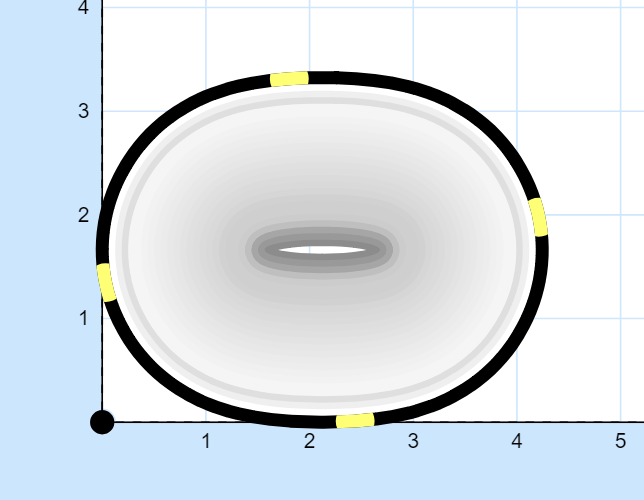 That’s a great idea, but unfortunately, doing this as a series of pockets seems to be a real performance hit in any of the 2.5D software — there was a tool for making a series of pockets in a file for Carbide Create which created files which really bogged the app down.

Usually folks who want to do this sort of thing use 3D modeling software.

This is unfortunate, esp. since G-Code and Grbl have explicit support for arcs beyond the XY plane.

I’d get yourself a CAD program and make concentric elipses and save as a DXF file. I use Rhino, but I bet other free programs can draw those too.

Then In a program like CAMBam, you can convert to gcode and use the Universal Gcode Sender to run the X carve. You can do it in a 2D program and then copy and paste the code you get, and change the Z to the depth you want in Notepad. In Rhino you could generate an oval surface and cut it from a solid rectangle too, but that is 3d and a bit more of a learning curve.