I’ve been having this issue for a while and cannot seem to figure out why. Is there some setting for the z-axis I need to change?

I have tool paths set to cut a pocket (in the image it’s to cut out letters). Every pocket is the same depth so the tool paths should all be the same no matter where on the workpiece or within the individual pockets being cut.

It seems that the path that goes around the outer edges of the letters is always deeper. Often times there’s also a tool path within the pocket that is deeper. It completely ruins the piece and happens no matter the bit used, the location on the workpiece, where I place the workpiece on the x-carve. I’ve gone through and made sure everything is square and flat. It’s got to be something with the z-axis.

When the depth is set to 0.03 inches why would the axis raise, move and then drop back down at its next tool path deeper than what it just cut within the same pocket? 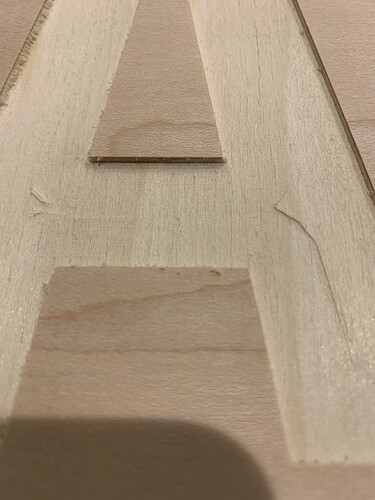 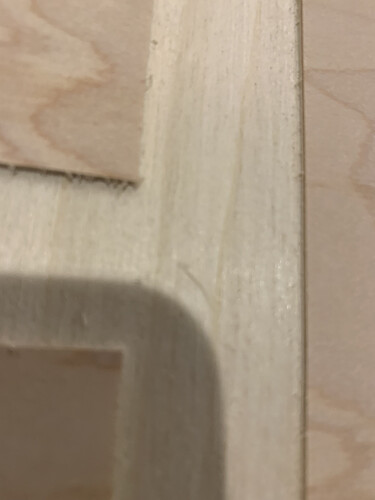 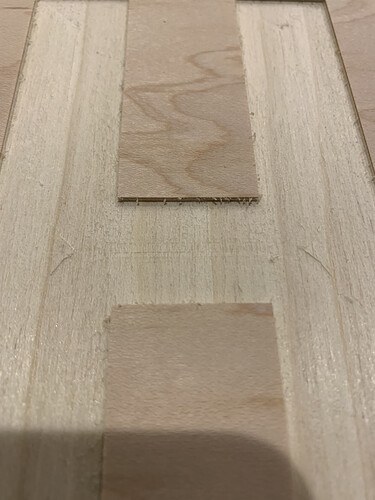 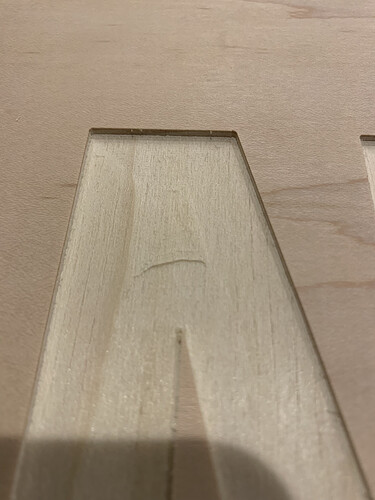 Additional examples on the same workpiece.

same issue but on a different workpiece. 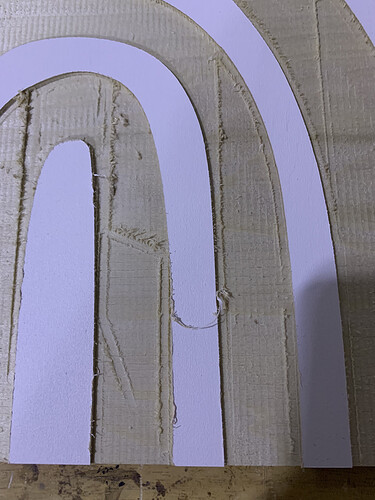 It looks like you may have one or two issues.

First - it looks like you may need to tram your z axis. If your z isn’t perfectly perpendicular to your waste board, the end mill isn’t going to cut flush. That is where you see those longer tool mark “stripes”.

Second - the larger depth of cut issues looks like something is loose. Do you have any slop in the z? If you have the original z axis, check the tightness and play in the v wheel essentric nuts, delrin nut, and z pulley grub screws.

If you are using GT2 belts (the 6mm ones), in my experience they stretch and may need some adjustment as well.

Thanks for the suggestions. I will see if any of those fix the issue.

I am having a sort of similar issue when I try to use a large bit to plane piece flat. I put the depth to 0.01" and the depth was much closer to 1/8", sometimes deeper. This only seems to happen when I use my 1" planing bit (3 carbide square cutter heads set on the diagonal from Amana Tools) or my 90° bit which came with the x-carve pro. I do everything the same that I do for my other regular straight bits (1/8" and 1/4" bits) and for some reason, these other two bits plunge deeper and I can’t seem to figure out why. I’m quite new to all these types of programs but I don’t think it’s user error if I can get the other bits to be precise. FYI I’m using the z probe set up to set the 0 on the Z.

Hi Rich, sorry for taking so long to respond. The delrin nut was cracked. I’ve replaced it. I’ve also checked to make sure nothing else is loose. Everything is squared off. I’m still getting the same thing but to a much lesser extent. Some things will cut perfectly flat (just like they used to). But on some items there are issues.

For example, when cutting pockets out for the word “gather” I notice that when it picks the tool up and moves to cut around the hole in the cursive “h” and “e” it’s at a different depth. It does this in the exact same parts of the word no matter where on the worktop I have the wood placed. The pictures show very smooth pocket depth cuts on some items and messed up cuts. All were cut in the exact same project from the same board (same tool, z-depth, etc.). I’m at a loss as to why this is.

In the pictures you’ll see that the rainbow carved out perfectly smooth. As did a dozen other items from the same board. However, two items with the word “gather” are still having issues. 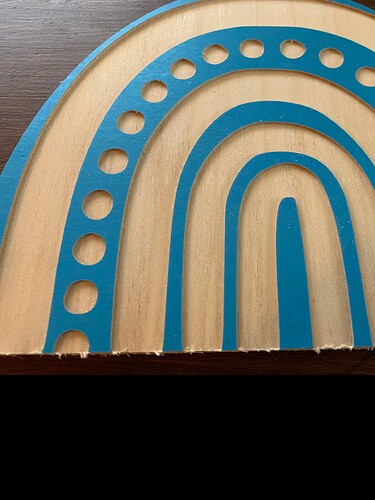 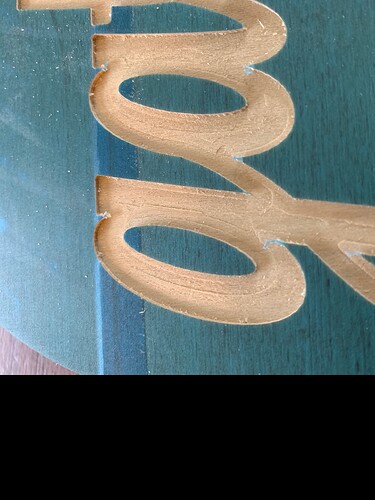 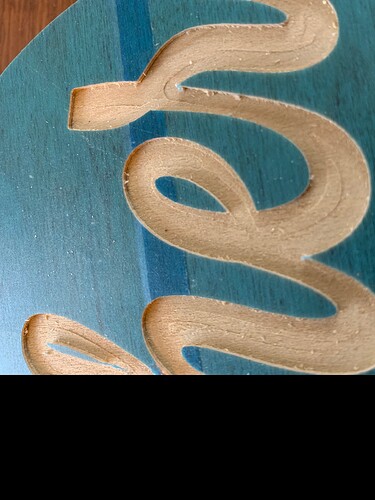 Is there some setting that I’m missing? Why would the z-depth be like that on certain items? Is there a way to change the tool path so it doesn’t raise the z to move and instead leaves it at the same depth and moves through the previously carved areas?

I’ve got the post november 1000mm build with the dust collection addon. I have been fighting this issue since I got my machine setup before Christmas. I tried everything i could find on the forums here (squaring the Y rails, tramming the Z, belt tension, playing with the eccentric nut torque) I was still getting those ridge inside of pocket cuts, like a rise and fall of the Z axis even on long straight cuts.

my fix ended up being the vaccum hose… after watching it run a pocket cut i noticed the ribbed vaccum hose catching on the top edge of the Z stepper motor. i took a peice of 1x2 and taped it up the hose about 12-16" so it keeps the hose away from the stepper motor at the top and its been bang on ever since.

Inventables, you almost need another hose clip mounted on the Z frame somewhere to keep the hose away from the Z stepper. Like the ones on the hose arm.

Hope this helps others, I’ve been pulling my hair out for a few months now, haha.