I am making a circle deep pocket with a 1/4" bit and don’t care for the way the standard setup makes a large move into the work to make each larger ring (yes I could reduce step over but the movement is the same). 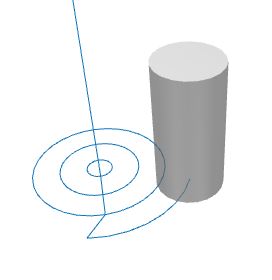 Additionally, when it comes time to retract from the pocket the bit moves just straight up and burns the wall as the hot bit is in contact.

Several months ago I made my own spiral pattern to make the hole. I created a set of arcs in AutoCAD and dxf imported. Cut is along the path. 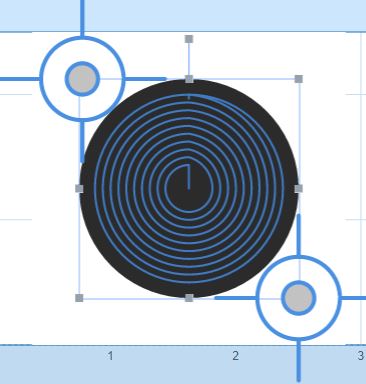 It is intended (and used to function) to start in the middle and work out CCW (for each pass - in this case 3). The bit is heavily loaded in the plunge, but then maintains the same tool load as it makes the larger and larger radius (only making a true circle in the last pass). Then at the end it moves the bit ever so slightly away from the pocket wall for contactless retract.

Today it did something I did not expect. The first pass was CCW as expected. The next pass started at the “end” and went CW. This meant the bit, cutting at .2" deep, was overloaded. It led to the circle being extra big. The third pass was back to CCW. 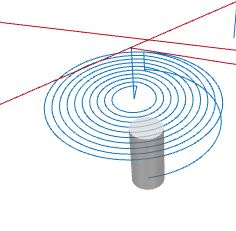 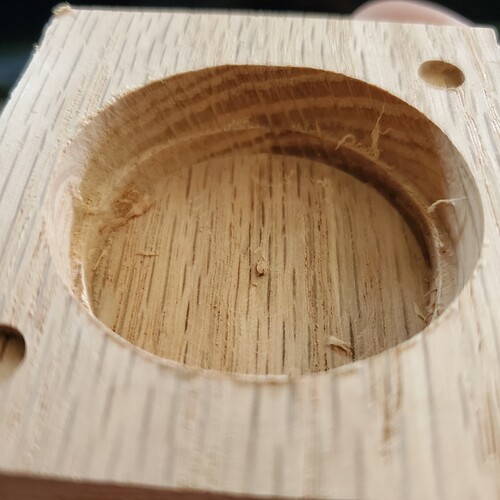 I haven’t cut this in a while, so when did this change? Before all 3 passes would be CCW starting from the middle.

This is one of the main reasons I hate the online only program. There is no way to know day to day (or in this case not having run this project for a few months) if programmers might have made a change that will screw up how you thought things would run.

Easel isn’t the best option for precise parts like your attempting to make.
I suggest using Fusion360 where the user has control of the climb vs conventional milling direction and the option to add a lead out at the end so it doesnt do a vertical retraction

But also if it’s burning because the bit is hot, why us the bit hot? Either the feed rate is too slow or the rpm is too fast, but the bit shouldn’t be getting hot in the first place.

Easel is Inventables “native” software, I’d like to use Easel to generate the g-code. Yes, there are dozens of alternatives. Yes, I am a glutton for punishment. I am mainly reporting my experience with the software so that the programmers can make Easel better.

I was able to make this cut “perfectly” over 50 times (25 boxes x 2 halves) last year. Easel was fine then (all 3 passes the same way) and should be fine now except that a programming change has been made changing the expected functionality. Knowing how Easel (then) chose to interpret a DXF import and generate the G-code I came up with a “solution”. I’d like to know if this was an intentional change or perhaps it is an unexpected side effect of some other change. There might be advantages to the way it works now too.

Burning: Yes, feeds and speeds, bit new or worn, etc. The point is that cutting this pocket in red oak with the standard Easel circle left burn marks on some of the pockets because of the slow retract in place allowing a potentially hot bit to stay in the same area too long. I had 0 burn marks using my spiral with a lead out… again a potential suggestion to help make Easel a better software.

Please make a mental note that JoeB knows there are other choices and other ways but that I’d like to stick to Easel and Easel based solutions when I am asking about Easel specific situations. Thanks.