Check out Charley Thomas’s stuff on his 3 way zeroing probe. 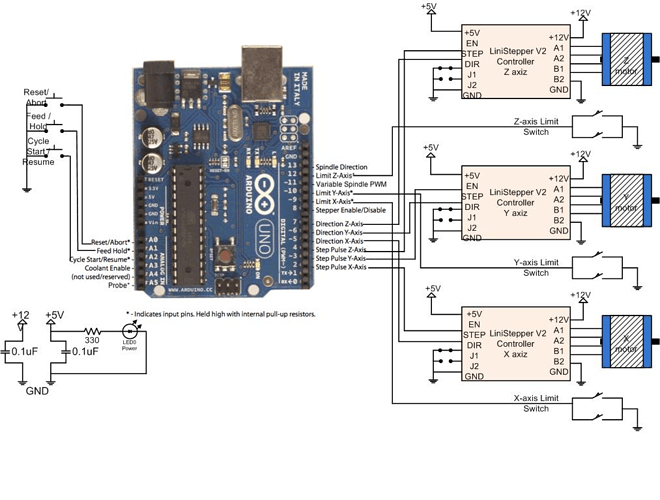 Pin diagram for Grbl v0.8 and v0.9 with the traditional layout: (NOTE: The probe A5 pin is only available in Grbl v0.9.)

You can order a pin header and cut it to length. Instead of soldering that one pin directly

You can use regular header pins (the breakaway type) and make your own 5 pin connector. That’s what I did to make the connection to the A0-A5 pins. Solder and heat shrink whatever wires you want to the 5 header pins on the short side, then I sort of fixed them together with a glob of hot glue and pressed it with my fingers while it was still malleable to get between the wires.

You can do what the dude in your picture did and just solder one wire to one header pin, but please use heat shrink or at least some hot glue to prevent accidental shorts. 5 header pins are much more difficult to accidentally pull out, though, so that’s my recommendation.

I used some parts I had leftover from fixing my 3d printer, but as I was doing it I thought that if you had the right gauge sold copper wire to fit it probably would work just fine.

It does work fine, Aaron. Those female headers are used on Arduinos to enable hobbyists to easily prototype by inserting (I think it’s 20 AWG? Maybe 22?) solid core jumper wire directly. That is pretty easy to pull out, though, so I wouldn’t consider it acceptable for a long-term installation. 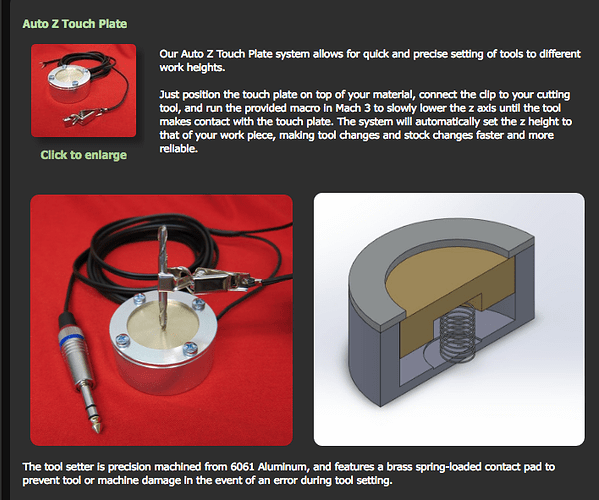 This may sound silly, but why not just upgrade to the X Controller? It already has inputs for a probe.

@PhilJohnson, you can use two pairs of pliers to turn those 90 degree pins into 20 degree pins and have the wires point right at the exit hole in your enclosure.

The problem is that the X Controller has almost exactly the same capability as the standard electronics package. The frequency to analog converter chip inside is nice, and the broken out screw terminal plugs for the A pins are cool, but those features aren’t worth the upgrade cost for all but the very well off.

Though, that is neither here nor there. Phil, I hope you update us with what you do for your A5 pin connections.

I don’t use the Inventables case, so I just put this between the Arduino and the gShield The next generation Proto-ScrewShield is a dual-purpose prototyping shield. Not only does it have a large 0.1" grid prototyping area but it also extends the Arduino pins to sturdy, ...

This was my Original prototype, but I have a newer version with filter capacitors, as well as the load limiter resistors. 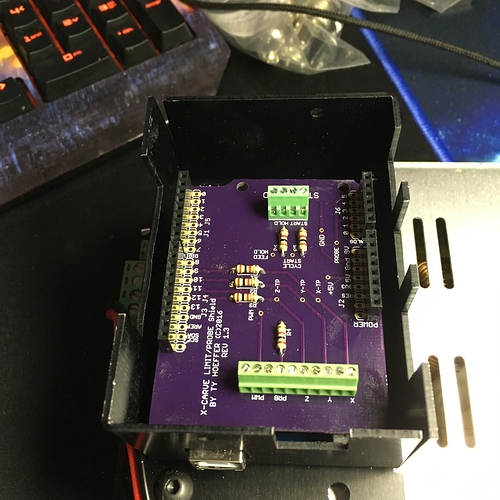 yes it sits between the arduino and the GShield.

NO, unfortunately Inventables didn’t design the box big enough to hold anything else.
I’m using a NEMA Waterproof box for mine ( without the lid at the moment. Haven’t gotten around to
drilling it for the fan ).

I haven’t really though about selling them. I think I could make a profit at $50. I built mine from stuff I already
had IN STOCK. The Circuit boards are pretty cheap to have made.

I used a 5 pin small straight strip of pins, holds really well and I think being 5 pins release any strain. Plus the wire is ziptied to the negative side, so less stress on the arduino pins. 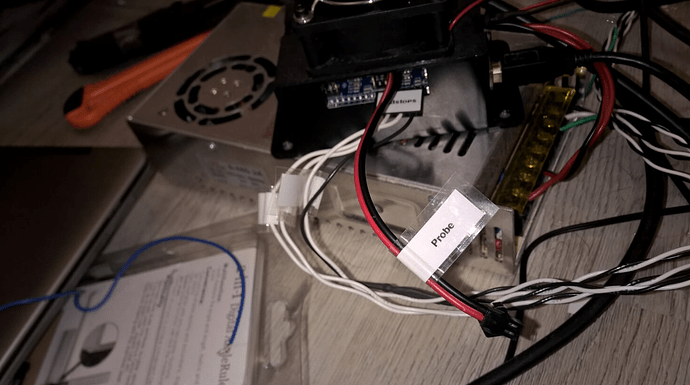 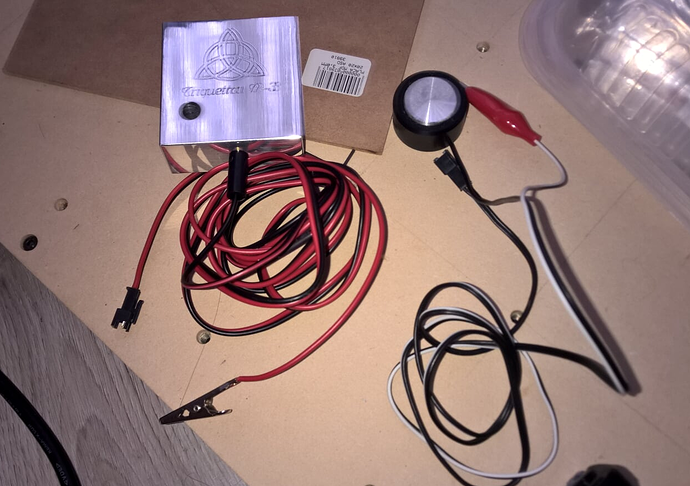 Here is the g-code I used to make a z probe macro for UGS.
I use mm mode so you may want to change it if you use inches.

And here is the actual macro (without comments)

Yes, that should work.
I recommend using the documented version. The “actual Macro” is formatted for macro slot in UGS.

I edited the post to add a return to “absolute address mode” at the end just to be safe.

as opposed to the second post with the UGS Macro format version: