Imported a vector file into Vcarve and I am getting this. New to Vcarve and CNC and none of the people in my makerspace know how to fix this and I can’t seem to find a tutorial that covers this. Any suggestions? 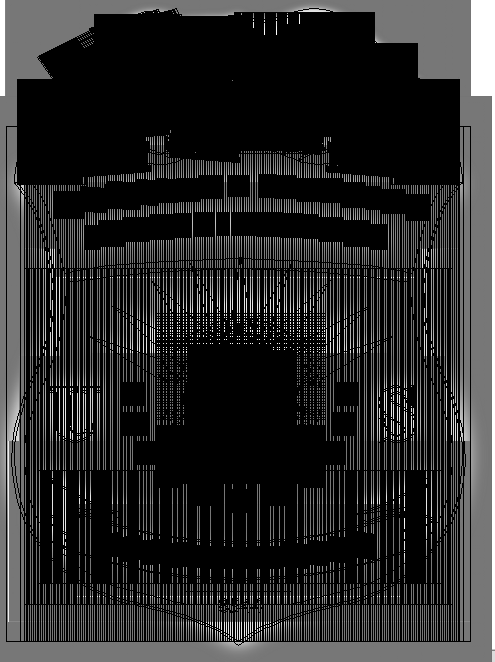 Nope, could you try to elaborate a little on what programs you use/formats used and an example of desired outcome?

I separated the file and brought it into Easel, using a 90 degree V bit it looks like it will work.
Good Luck
Russell 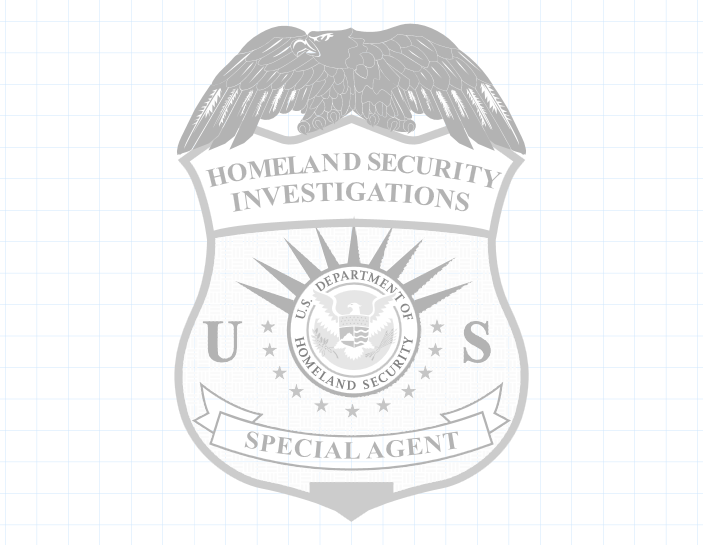 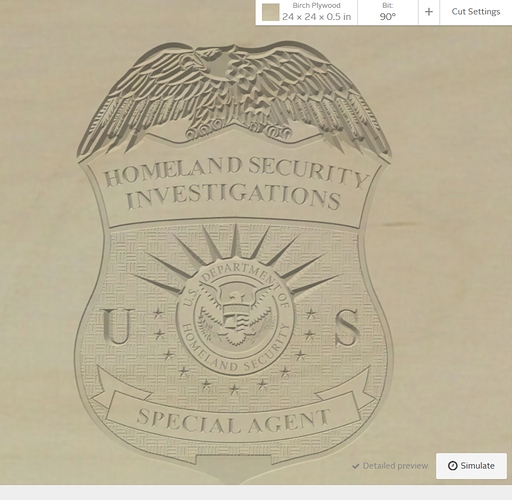 That looks awesome, how did you fix it?

I opened it in Adobe Illustrator (first picture) and you can see how it is supposed to look. I then opened it in CorelDraw (second pic) and you can see all of the objects that I had to pull off and delete. The eagle was the difficult part because all of the lines were crossing over on each other. I had to select each piece and delete part of another. Its hard to explain, I’m not familiar with InkScape or VCarve, I use Corel and Adobe for designing and Easel to engrave. So far Easel has been good for me. VCarve is on my list of things to get. I still have a few more things to fix on the badge but thought that would get you started. 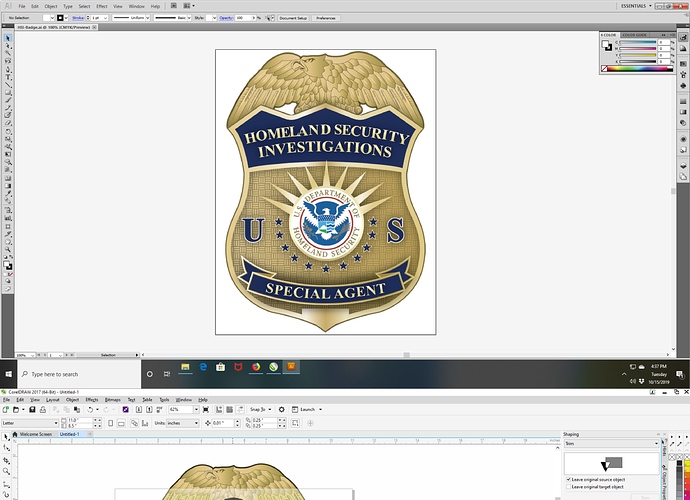