Project with spindle and laser

Love the rough cut lumber I make primitive style crafts and rough cut lumber works very well for most projects.
One of the vendors that I sell to asked if I could put a photo on wood with a border and keep it simple and in the style that they work with. It looks better in person then on photo the camera seems to pick up things you don’t see in person and bring them out. Hope they like it. But anyhow I put this on here as a project idea for others. 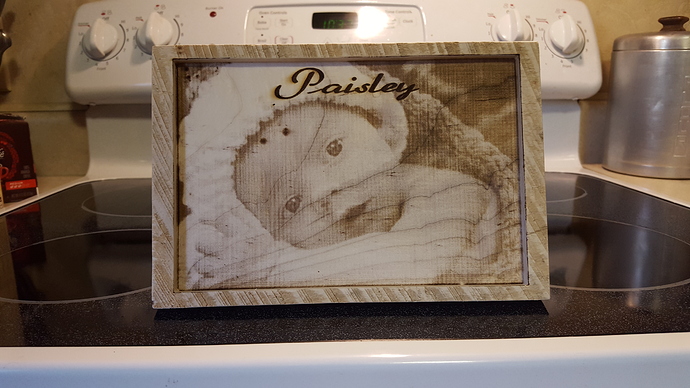 Shane, did you produce this in one run by switching from spindle to laser, or did you do it with two separate runs?

I’ve been trying to think of the best method for switching from spindle to laser using the current work zero and modifying to a new work space based on the X and Y offsets from spindle work zero. Maybe place the result in G55 for a quick change.

There would also have to be a way to switch between spindle PWM and laser PWM (maybe M7/M9).

2 pass with laser spindle setting swap in pic sender. I do all the cutting first and the laser with the fine point is pretty easy to zero out to the edge of where it needs to start. But I like where you are going with this. I have been working on a simple method to find the offset for the laser from center of of the spindle with a fine v bit by lazing cross hairs then leave at that zero then run the same cross hairs with the v bit then measure the distance of the x and y from both to get the offset. Sounds good in theory but I need to put it to the test. Duh it just hit me use the micro v bit to to make a small dot then zero it out then use picsender to jog the laser to that dot the measurements to from the x,y, cords would be my offset.

I would be interested in finding out if your offsets stay fairly constant with time. With the moving and shaking of the machine I wonder if the offset will vary a bit.

the offset should stay consistent with the laser being at a fixed point on the spindle mount. Should only really need recalibration after removal and installation of the laser.

with a lot of larrys help the other night, I was able to make a few of these laser first, then carve. I made a small burn mark with the laser then zeroed the carve bits offf that, worked out great. 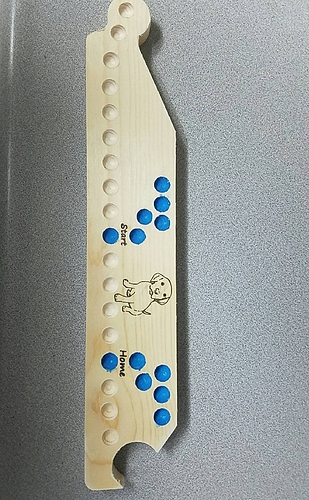 Actually Shane, you may find changing focus with the lens will change the offset. May not be enough to matter, but it can be.

So far having the laser lense hot glued into position and running at a fixed height from the work seems to be working fairly consistent.

If the laser is offset in X by +50mm and offset in Y by -20mm then you can set up the work space as below to have the spindle and laser share a work zero location. Z is going to need some work. Not sure how to manage that yet.

Once this done you can switch work space using G54 (spindle) and G55 (laser) where both share the same work zero for X and Y.

Obviously, you have to place your work piece in a location where both the laser and spindle can reach the lower left corner of the work piece. 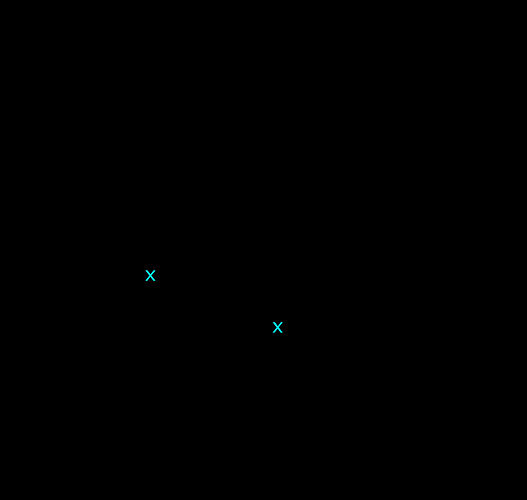 I have not played with the idea for a laser yet.
I am just trying to get my system rigid enough for a faster cut. Also more work.