Project you are most proud of

Is that one of the Clayton Boyer plans that he sells? I have been thinking about buying one of his plans. Definitely cool.

Clayton’s plans are great. I’ve purchased both the paper and DXF plans for his Simplicity clock and it’s very high in my queue. Now that we can go from DXF to SVG to Easel, it’s a slam dunk. I received his permission to post his demo gear as a start to finish project to show how the clock is made. I can send you the DXF if you want as an appetizer. He also provides great customer service and is a pleasure to work with.

@JDM it’s a design by Brian Law http://www.woodenclocks.co.uk
These are obviously personal choices, but I preferred Brian’s designs over those done by Clayton. This was Clock 22 and I’m soon to start on Clock 26.

Ah, yes. I have looked at many of his designs as well.

@DavidWestley Neat! What sort of plywood are you using for the gears/cogs?

That version was generic hardwood marine ply from my local big hardware chain. I’m replacing all those bits however with Jarrah (an Aussie hardwood). The ply version was just to prove to myself that I could actually make it…

Cutting jarrah will be a test for the X-Carve!
I’m still using cheap ply until I get a bit more confident to risk the expensive stuff.

These are large Lazy Susan’s and the 19mm thick Jarrah sections only took a 10 minutes or so to cut. 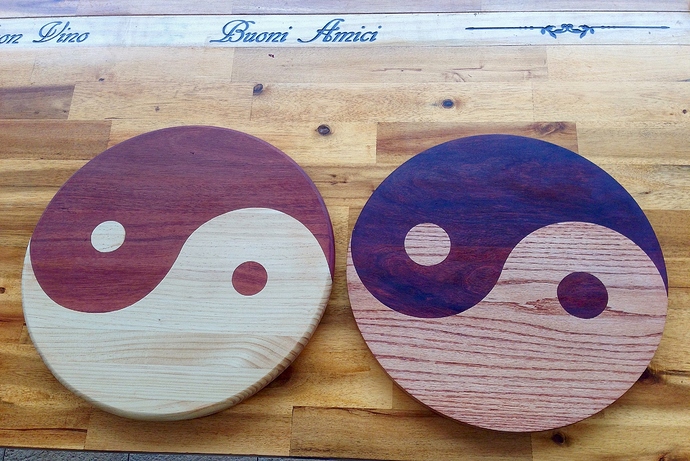 I have a couple projects I’ve been pretty happy with lately. 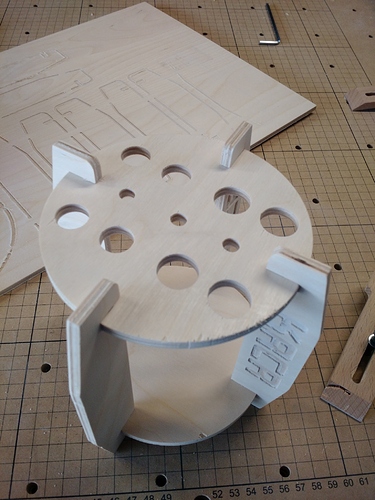 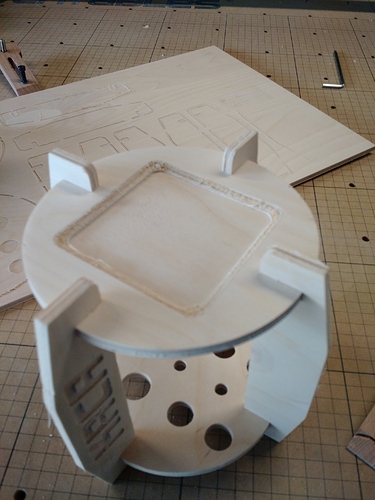 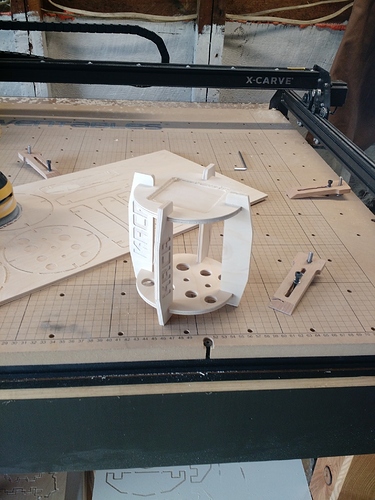 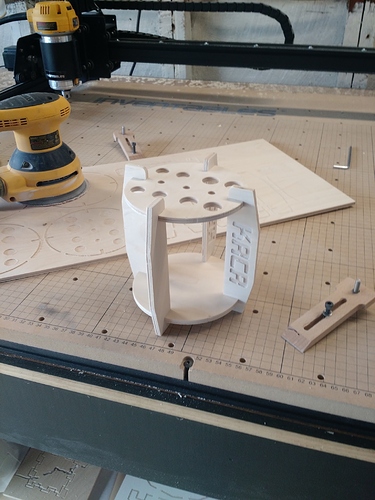 The second is a reloading block for a buddy made with tiger flame maple. I still need to put the finishing touches on it, but I think it looks fantastic as is. 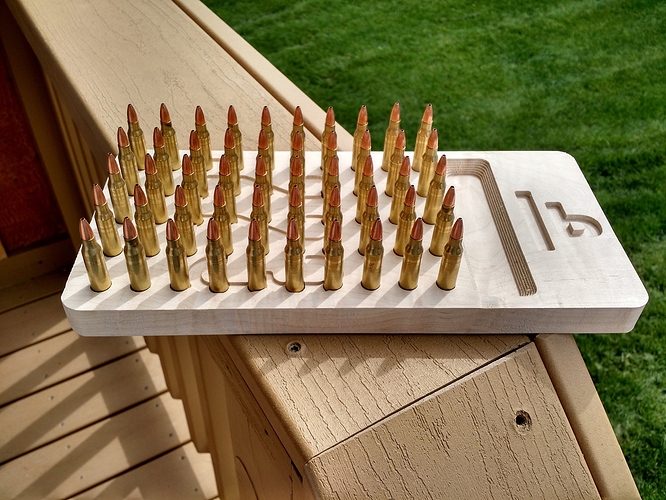 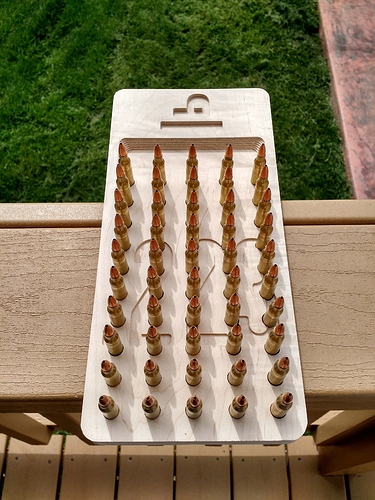 There sure are a lot of great projects posted in this thread. Lots of great work! I haven’t posted many projects here because I don’t use Easel. For many reasons, I use VCarve Pro. I’m proud of many things I’ve done on my SO2 CNC, but the latest was to complete refurbishing an Edison LU37 Diamond Disc Phonograph that was built circa 1922. My wife was given the machine by her cousins because none of them wanted it. I had to do a lot of lubrication on it and she did a ton of cleanup but we got it working. It was missing the grille that covers the part of the cabinet that houses the horn assembly, so I set to work finding a photo of one of these online to see what the grille design was like. After finding it, I laid out the pattern in VCP, adjusting as I went and came up with the following: 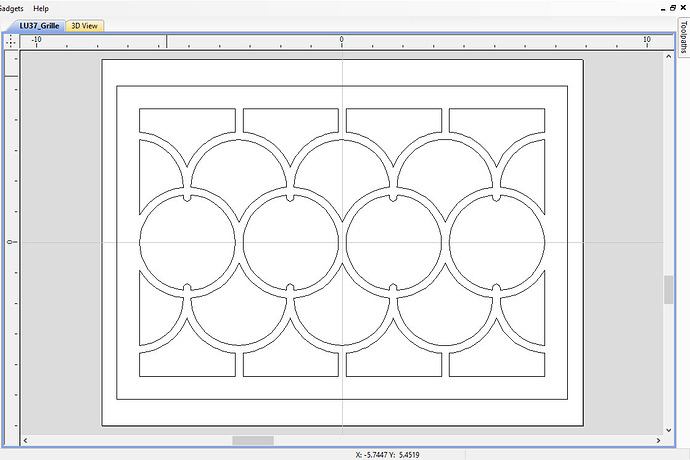 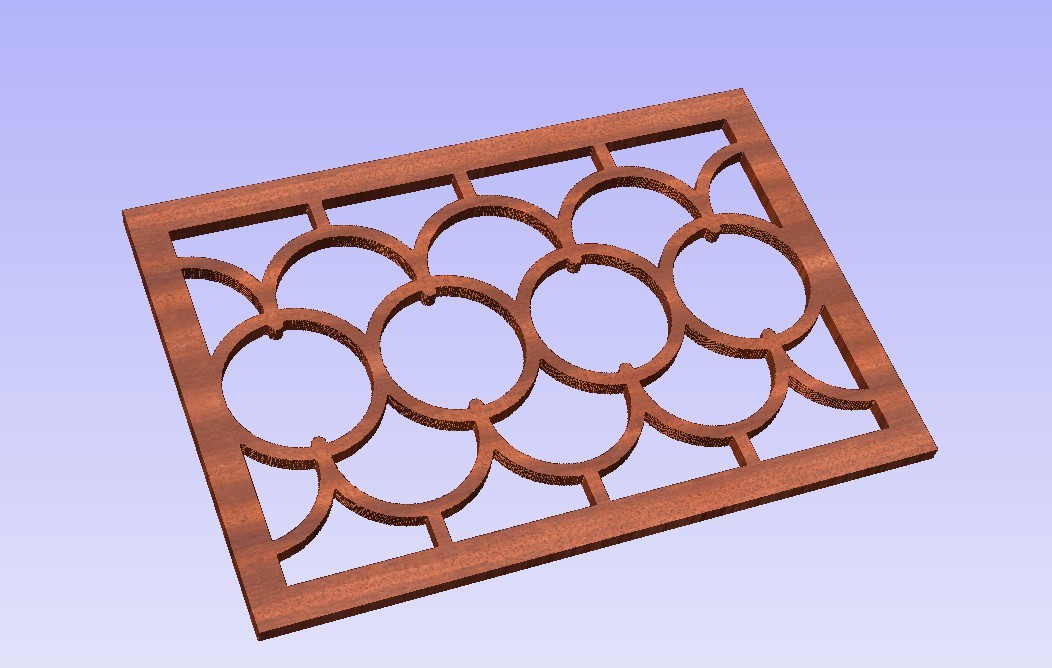 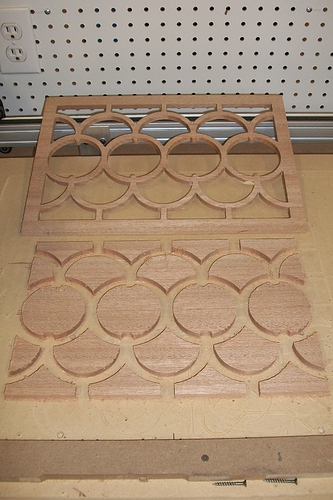 Here’s the before and after. We glued a thin fabric inside the grille to match the original appearance. 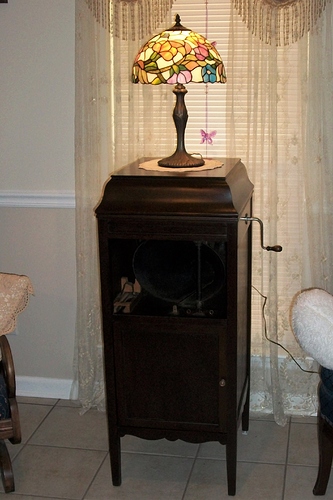 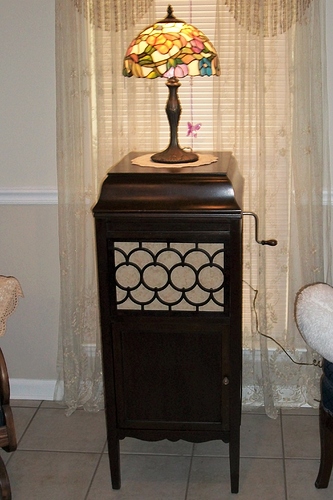 Xcarve to the rescue!

I recently resurrected a veneered cedar hope chest that had been badly water damaged.

Stripped off the veneer on the whole thing, made a new base for it and because of the underlying design of the lid made and applied a veneer of western red cedar to the lid.

I left the veneer off of the main body leaving the aromatic cedar exposed. There were some slits cut through the veneer originally that went through into the aromatic cedar on the front that I covered with a 3d carved tree from Vector art 3d and cut on the xcarve. the owner was more than happy as it once belonged to his grandmother.
He is a subaru nut and is building a new motor for my wife’s forester as a thank you!

Sorry for the crappy cell phone pic, my new smarty pants phone should be here by this weekend. 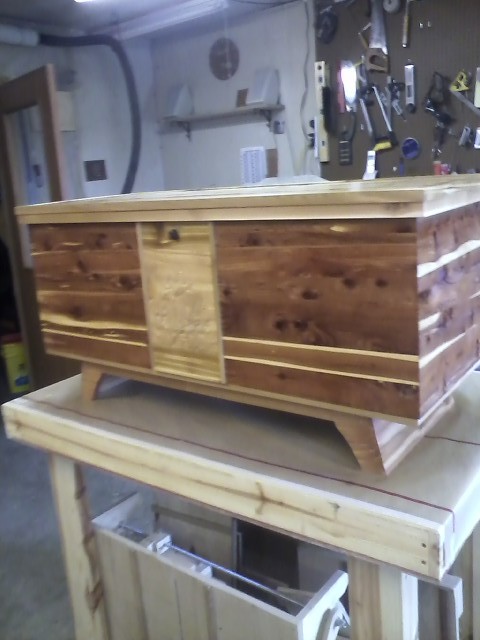 This is an image of the carving on the front… 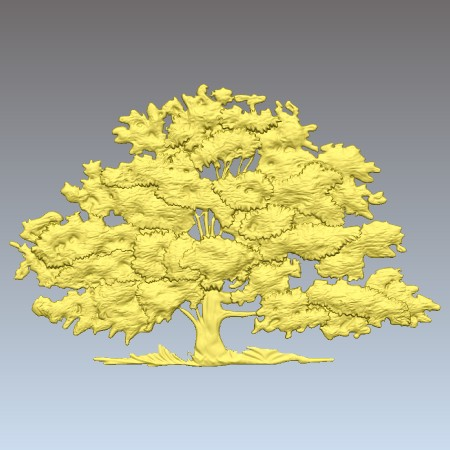 I know this is an old post of a project but I just wanted to share a better picture of it in it’s new home sent to me by my mechanic buddy. 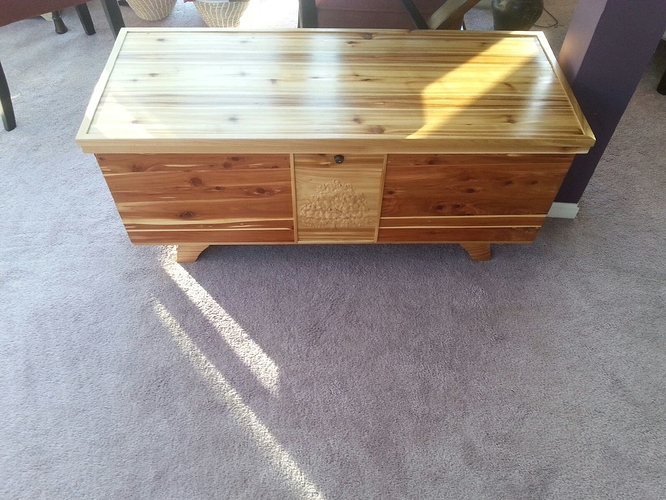 So far this has been one of the better projects - was a gift for my mother:LEDs change color via remote. 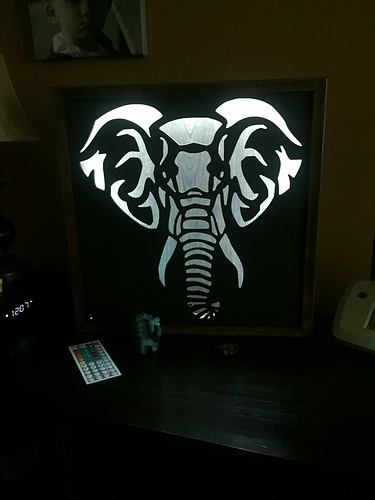 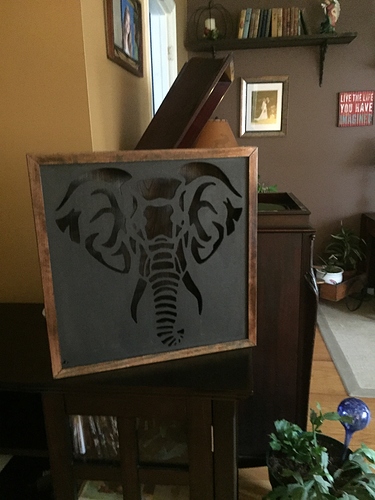 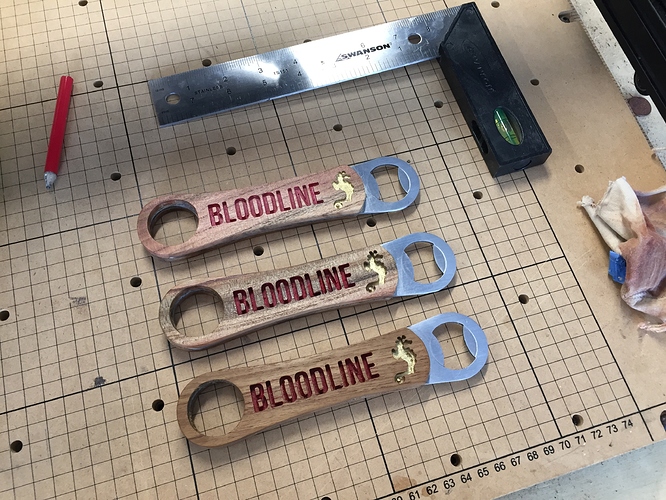 It’s hard to choose a favorite, but here is a small project that I designed from scratch this fall. Like most of you I imagine, I am more of an engineer than an artist so it feels like more of an accomplishment when I am not merely using premade designs. 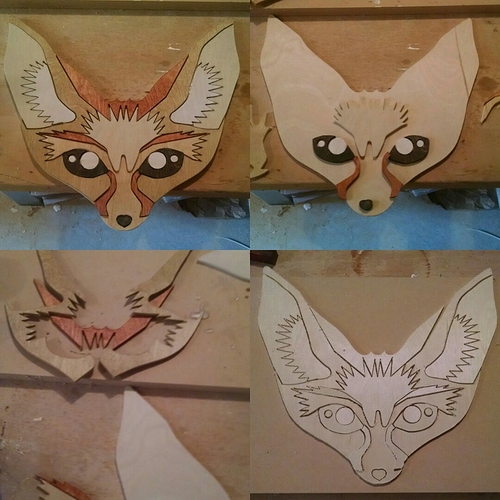 100% X-Carve. Made four of these prototypes. Ok, there was some sanding involved as well… but I used sandpaper taped to threaded rod on my drill press. So technically, it was ALL self-made tools. 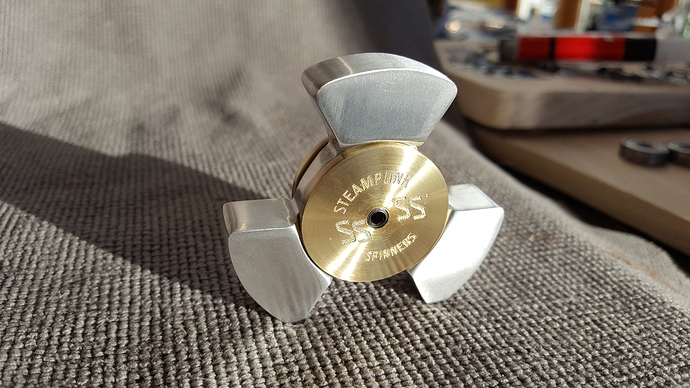