Proper oil to use 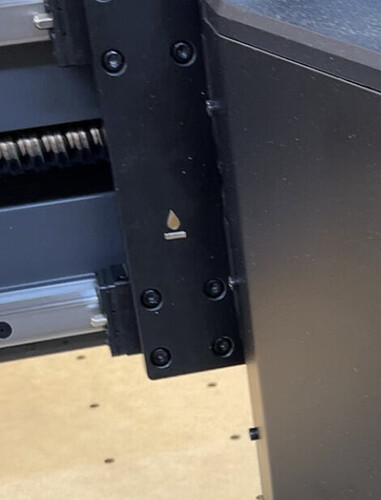 Yes… Any official recommendations from Inventables for the proper lubrication to use and the recommended interval? I’d love to be able to keep my machine happy and in smooth operating condition.

Why not use the wd40 dry ptfe spray? I use this on all my tools with moving parts and never have a problem with sawdust sticking to it.

Since i had used PTFE dry lube before I had also suggested this to a Pro owner in the past, but was quickly directed to a few reputable linear bearing manufacturers who say to not use PTFE dry lube on bearings, but only on friction surfaces…

Had i not been informed and done my own research after the fact I probably would have put PTFE dry lube on the bearings as well.

As it turns out this is the first google result …

That same link goes on to say>

So @JeffreyJones there are some options here, I would say, that in comparison to other applications of linear bearings, a CNC is considered a light load and machine oil (or 3in1 oil) would be sufficient.

@SethCNC Thanks for this information, I have never had a problem but I start looking into changing up what I use.

I use Valvoline Heavy Duty Crimson Multi Purpose Grease. Do not use the dry lube

Why not use dry lube?

Check out my post above, with the photo of linear rail manufacturers recommendations and reasoning

I reached out to INVENTABLES and they told me to buy WD40 Lithium Grease. They said to apply it every 6 to 8 months.