I kind of pride myself in how meticulous I am with tightening my collet. I make sure it’s tight then I tighten a bit more. Tonight was obviously the exception and proof that it can happen to anyone.

I started my 3D finishing carve on a cribbage board around 3PM. Vcarve said 2 hours carve time, and it’s estimate was dead on accurate for the roughing. This carve ended up going almost 6 hours! I need to tweak my GRBL settings and Vcarve settings. Other than the longer time, that carve went without a hitch. Switched collets and bits to a 1/8" drill mill. Drilled the holes…no problem! Switched to a 1/32" bit for some detail decoration…no problem! So now, it’s time for the cutout toolpath. I bought a new long reach mill just for this job. I put it in, tighten it up to what I thought was enough and away to carve. Not 4" in, things start going bad in a hurry. I slam the Estop, everything stops and I survey the damage.

The bit is buried in the wasteboard but still slightly in the collet (it’s a long bit). I manually moved the Z up to get to the bit and board.

The board had started to move but was luckily stopped by the screw holding the clamp. The bit didn’t quite go through the whole design and I think I can salvage this (just gonna cut it straight across with the chop saw). 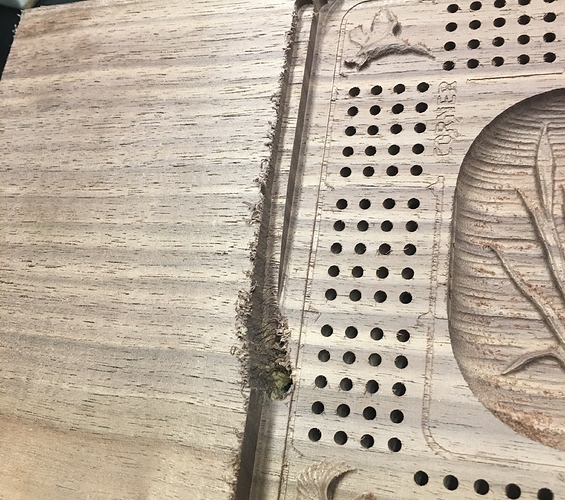 I put a different collet and bit into the Dewalt and it still turned on and spun but I didn’t try loading it by cutting anything.

The collet I think is toast. There’s discoloration at the end and some metal shavings came out. Better to just replace it than risk it. I could use the Dewalt OEM collet as this was an Elaire collet. 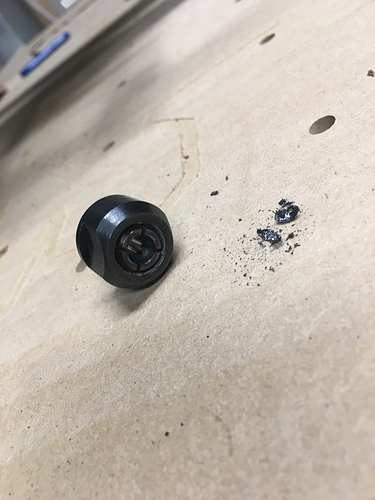 So a total of about 8 hours of carving was semi-ruined because the collet wasn’t quite tight enough.

Needless to say I was pissed. Not only did the 3D carve take forever but then something small and stupid on the last step screwed it all up. I wish I could blame it on being tired but that really wasn’t the case. Maybe the really big bits need just a little more torque or I just missed it.

The good though is I didn’t get hurt and the machine was basically not damaged.

Measured this morning to be sure…calipered out to 0.25".

But yeah, your 3D settings are way off.

What are your speeds, depth, and stepover?

Now, I had the board aligned parallel to the Y axis but was rastering in the X direction. Approximately 2540 passes. After every other passes (it’d go down and come back), the Z would raise to 0.5 inches above the surface (traveling approximately 1") and then back down. That added about 3 seconds to each pair of passes. Quick math shows that alone added an hour to the carve time.

The design had a carved texture model and so there was a lot of up and down on every pass. My accel was still set to the Inventables stock accel value. I’ve got the upgraded axis so I need to double that value (which I believe you did and we have the same axis).

This was my first actual 3D carve so definitely learned a lot. I really wish that something so simple had not caused this.

Yea the boundaries were set to basically the board edges. I’ll look into that.

If you need a new collet for your Dewalt, try this one from Thinkandtinker. Great set. I used to use the default with collet sleeves. This is much better. Makes bit changes easy.

I just looked at my Gcode:

Now it’s time to figure out why it was there in the first place.

Without the boundary (green is Z commands): 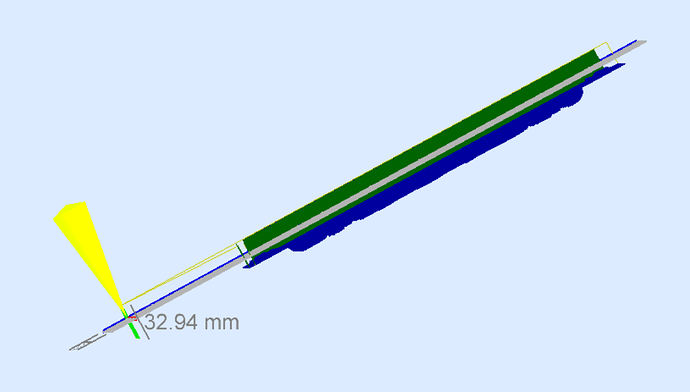 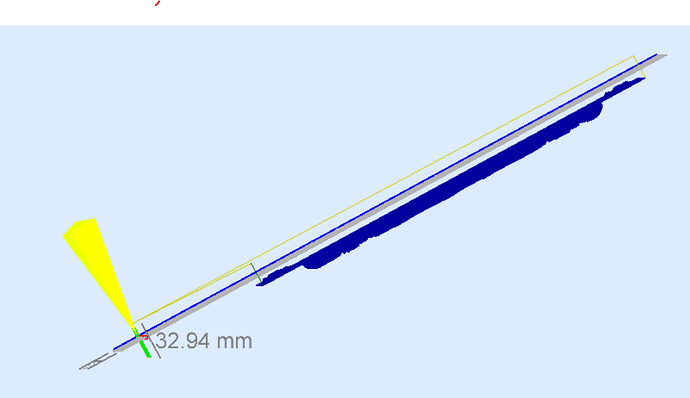 I’m learning that Vcarves coordinate system is sometimes funky. I literally have the rectangle positioned at 0 X so it makes like no sense.

What are you visualizing the Gcode with?

That was UGS Platform. I loaded it in Vcarve and the preview showed the same thing. I just didn’t notice it before carving.

I was actually able to basically save the board. Just need to clean up some fuzzies in the 3D carve. I hit it a little with a stiff bristle brush and it did quite a bit. Just need to hit it again. 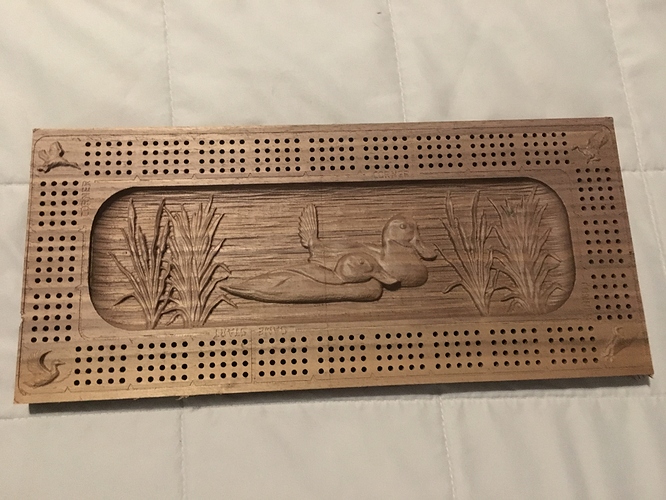 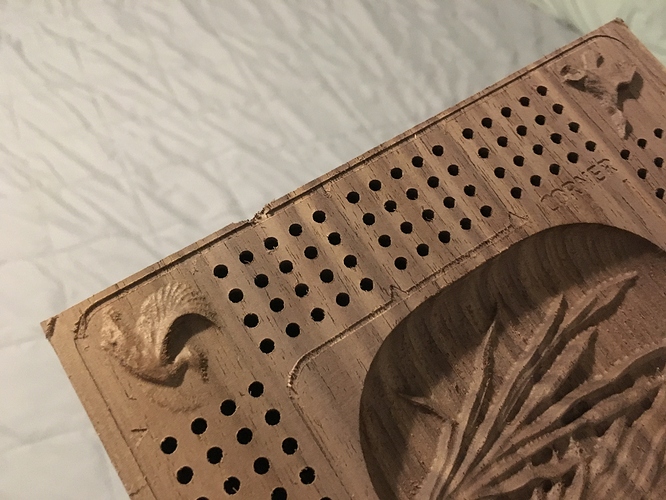 Still cleaning it up and starting the finishing process.

Can tell all you guys are from the North. The only people I know that play Cribbage is my family here in Kansas. ( and the wife won’t play me anymore haha)