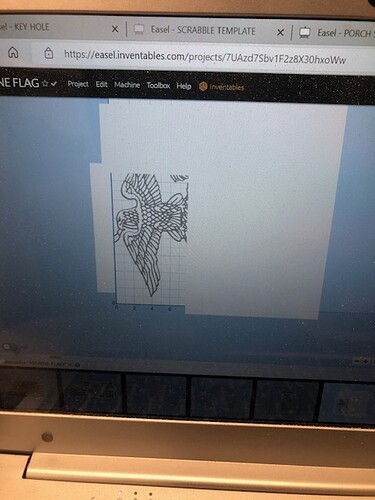 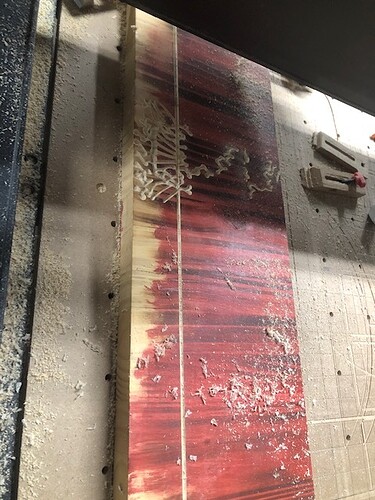 image1480×640 118 KB
So its not in the vector there is no line where this random line is carved out. I was 5 min into the practice carve and this came out of no where. Its not part of the white box if you look closely its about an inch or 2 above it. any ideas why this happened?
SethCNC October 4, 2022, 6:55am #2

Can you show the simulation view with the toolpaths, is there a line present there? 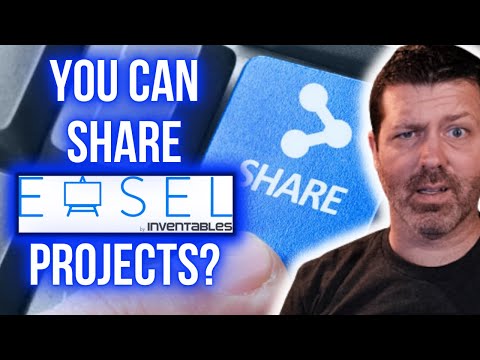 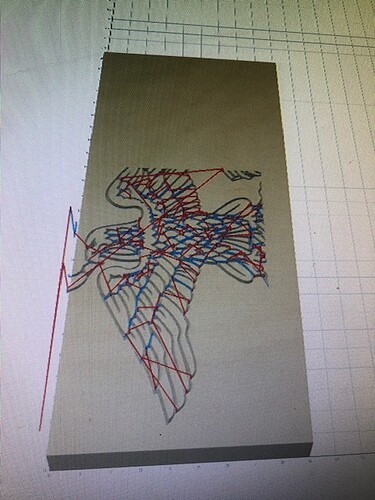 Is the carved line in line with this one? 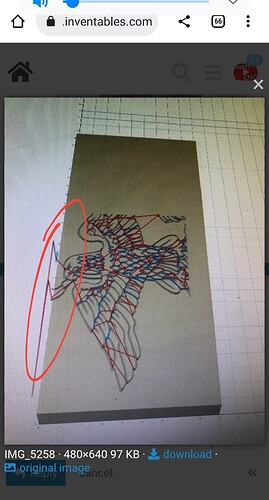 I see you’ve got the xcarve pro and a rather common issue I’ve seen is the z lowering itself in between carves after the z zero was previously set, this shouldn’t happen, but does if a grbl setting has been changed, and this setting can be changed by using a part of easel that isn’t supposed to be used by xcarce pro owners, the motor lock and unlock buttons that appear when 2 bits are selected… so if you’ve used that function in the past, don’t use it anymore with the xcarve pro.

To verify that my thoughts are correct you can enter the machine inspector page in easel by pressing ctrl+shift+D and then scroll to the bottom and see what the $1 setting is set to. This should be set to 255. If its set to any other value than the steppers won’t properly hold their own position while the cnc is idle and the z axis will slowly drop on its own…

I’ll have to check the settings once i get home to my machine, but no the line up top is not the same line carved. The line carved it toward the bottom beneath the wings toward his tail

possibly these extra vectors are interfering with your Carve.
also, it would be a good idea to in large the workspace? 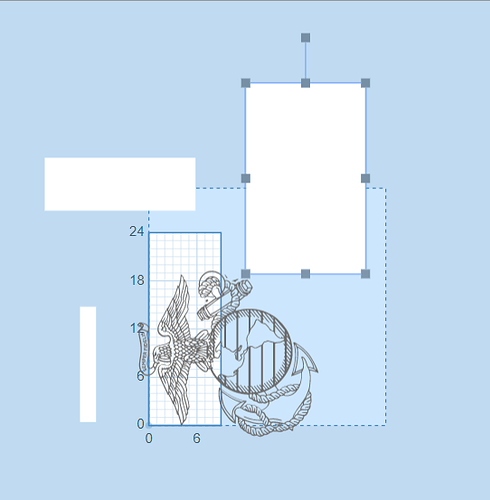 There’s nothing extra there. Just a simple and copy file. If it was extra the line wouldve been in the exact same place both times

Ok, i ubderstand better now, the photo of the carved defect is taken from the back of the machine so the design is rotated… hmm, not really sure what to say. Shouldnt be a line , its not in the toolpath…

One other thing, uts going to be very tough to identify the issue now that the design has been moved around, the ega has been moved from the original photos and isnt in the exact same postition…

Somtimes errand tookpaths will generate and if they are below the surface of the material they wont be visible in the simulation, id normally run the sim, then hide the material (bottom right corner you can hide material) then you can see if there wad a hidden toolath, unfortunately i didnt have a chance to try to do this with your project until tonight, but even the slightest movements can totally change any of these erronwous toolapaths, IF they were actually there to begin with.