If you didn’t know already there are instructions on how to replace the acrylic panel. http://carvey-instructions.inventables.com/acrylic/

The problem was the screws are thread locked and I informed customer support/success about it and they said they would look into a solution for me as the front door panel screws shouldn’t be thread locked.

I still needed to remove the screws and I tried the solder iron trick but that didn’t work. So I ended up using screw extractors where possible. I could only extract 3 screws the other had to be drilled out completely. Luckily I had some 5mm cap screws that fit perfectly. I had to re-tap the drilled out screw which took a bit of time but it worked out.

I could only install 3 screws. One of the screws, located in the backside, was made .5-1mm off center and as a result the screw was installed on an angle. This explains why the screw was flush on one side but slightly pushed out on the other. I could just install a cap screw off center but it would stick out even more than a counter sunk screw especially if it is on an angle.

I should probably mention that the acrylic panel is extremely tight on the tolerance. I didn’t need to put on the bottom bracket and it would stick to the articulating bars even when closing the unit by pushing down from the top. 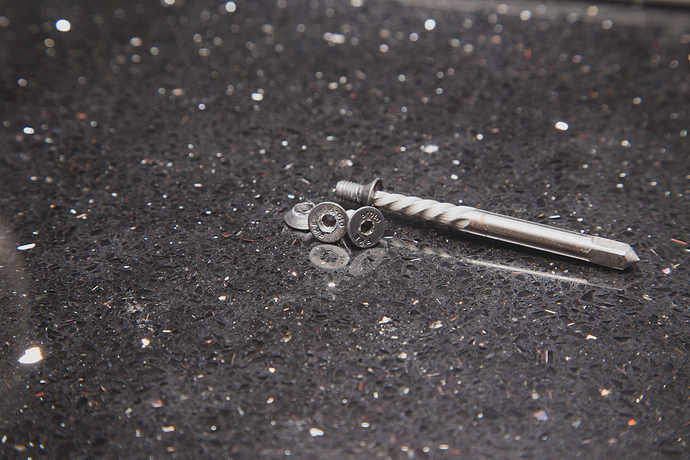 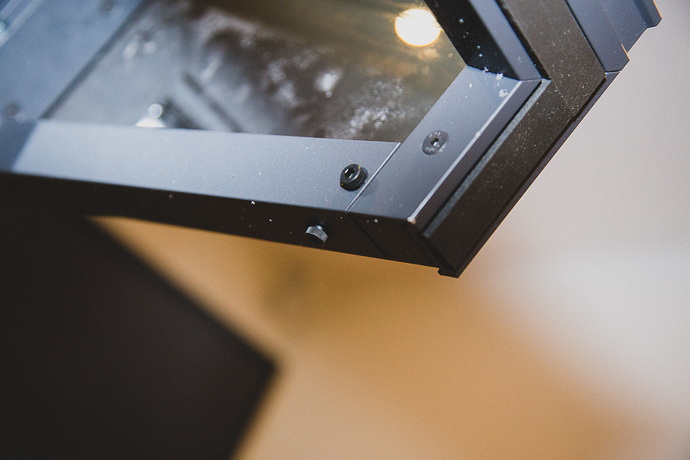