This is more of a rant then anything else, but I haven’t messed with my machine much in the last few months. I finally get around to replacing the x-axis motor(broken shaft) with the upgraded Nema 23 motor. And HOLY COW is this the most BASS ACKWARD procedure I’ve ever seen! I had forgotten
That this motor screw on from the INSIDE. I own a few machines from inventables and this has by far been the most hassle I have had from trying to replacing a simple component! I understand that if you took the entire z-axis off it would be much easier to get the x-axis motor off as it was with the initial build, but who really wants to do that either because then you have to go into the issues of insuring its bolted up nice and square again! I would be even more irritated if I was simply putting a another Nema 17 motor on as I would have to reach in the tiny hole to both remove it and reinstall it. Thank God! that the 23 screws in from the outside!!
I’m not sure if this has been fixed on the newer updated versions of the X carve ,but I would really hope that it was. If someone ever has to replace the x axis motor it would be worth the extra cost for the 23 if for no other reason other than method it screws it on.
Have a great day! 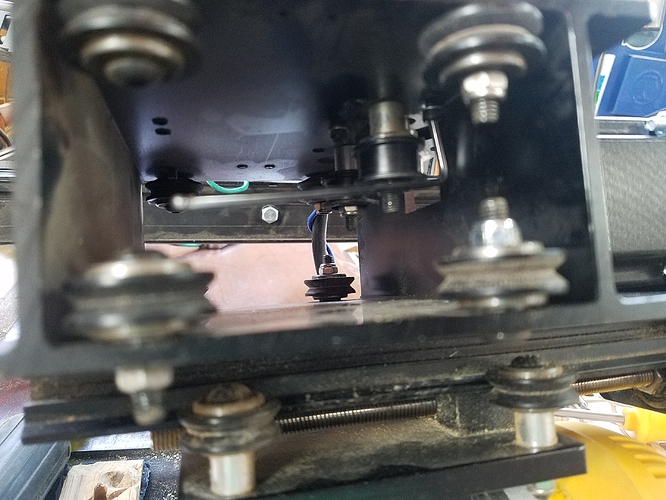 He does say that the NEMA23 mounts from the outside.

It’s from the inside.

I drilled holes in the x carriage extrusion opposite the motor mount holes and used a long Allen wrench to install the screws.

FWIW, the original plate designs had holes for that sort of thing.