Well, heres part of the deck boards for the local mexican restaraunt that is being rebuilt.

Only about half of the first batch, which is about a third of the whole job… 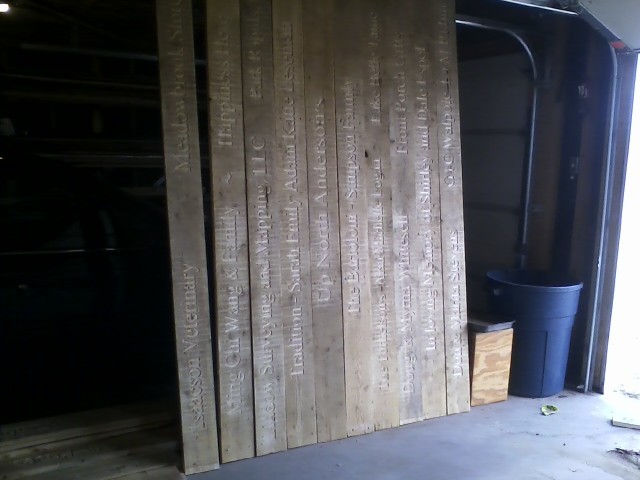 Wow, that’s cool! What do they say? X-Carve paying for itself? Reminds me of plank owners for the USS Iowa & Missouri. Also reminds me of burning our boat name into driftwood with a magnifying glass in the BVI.

A little background is in order on this project.

In late August 2014, a well liked, even beloved locally owned mexican restaurant burned literally to the ground as a result of a lightning strike.

The owners, who had founded and run the summertime only venue for 30 years sadly did not have enough insurance for a rebuild despite being told they did.

Things were in limbo until a year later when a rebuild was announced.
Two longtime employees, who met there, fell in love, got married and started a family, bought the name and recipes, and with the mentoring of the original owners for at least the first year were rebuilding the area icon.

The rebuild is where the xcarve comes in. ( as one would expect)

Part of the funding is from folks making a donation to the cause and in return having their name and location, business name or whatever (socially appropriate) cut into the deck.

Donations are coming in from all over. So far I have seen locations such as Ft. Worth,Tx. and Omaha, Ne.

As for the x carve paying for itself,while I am not charging a heckuva lot for my efforts, in the It provides some $$$ to make some improvements/upgrades in my shop, an ongoing process,
But it’s earning it’s keep as far as I’m concerned within the community.and quietly leaving it’s mark.

I get to have a deckboard for myself as part of the deal. Perhaps I will cut “Deck engraved on an X carve CNC from Inventables” into it!

I saw this on the news in the cities. At some point I will make it up there. What city is it in?

Dorset, Mn. a little town of 27 year round residents with soon to be (again) 4 restaurants about 5 miles east of Park Rapids.

Drop me a line before you come and perhaps we can meet up there! 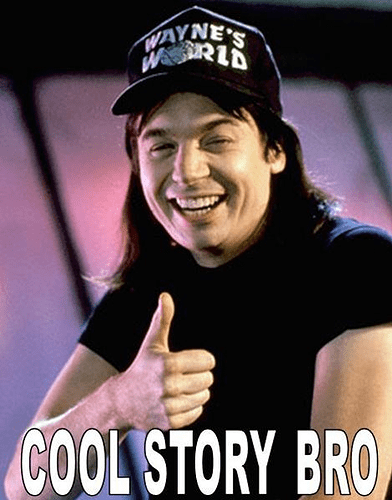 Hi …I Know its been several months since you first posted this great idea but I have a few questions regarding the actual logistics of the fundraiser. We are just purchasing a new CNC with laser for our school.Unfortunately, it’s not an Xcarve (I tried to get them to purchase one but the powers to be wanted a locally sourced machine here in Australia I am the proud owner of an Xcarve myself) Anyway the school gave us the go ahead to purchase based on a promise to self fund the machine. Your project looks like it might fit right into this fundraiser. How much were people and businesses charged for getting their names engraved? Was it a scale based on size of the board to be engraved or did businesses pay more? The kids I teach are fantastic when it comes to team projects. Are there any other forum members that have or will be doing similar carving activities to raise funds?