Hello! I’ve had an issue when trying to carve some PCBs.

Here are some pictures.
This one carved perfectly, but I ended up making some changes to the layout, so it is obsolete. Use this as a reference for the next image… 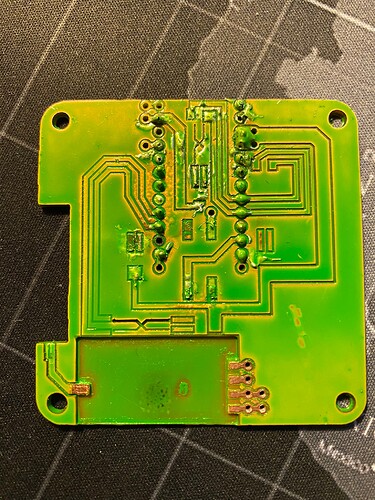 This picture shows the issue. The circles are now ovals and squares have been turned into pentagons in some areas. 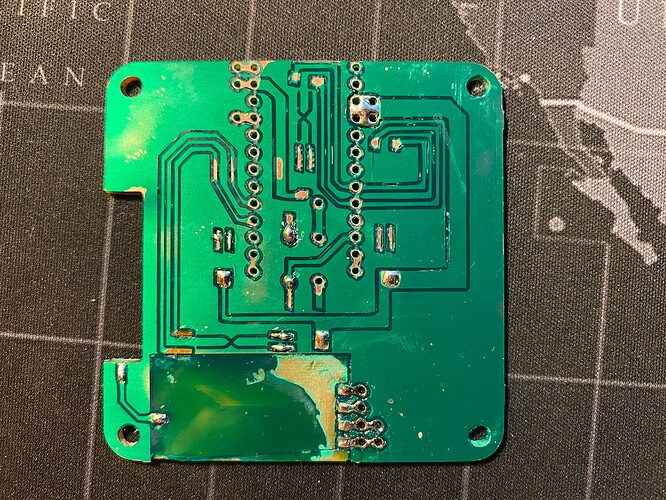 I’m assuming this is a mechanical issue? I have used PTFE lubricant on the guide rails and screws and tightened up the bolts on the bed, but it is still giving me this and it’s rather frustrating.

Would appreciate some advice - very new to this, I’ve worked with CNC’s before but those were at a $40 million dollar company! The hobby level is very different. Thanks a bunch

P.S. - the first one got an accidental dose of spraypaint and the second one was a testbed for some new UV solder mask. Just in case people were wondering, lol

could be antibacklash nut not set tight enough, i like to compress the spring as much as possible during assembly… the rods need not apply the dry lube as the bearings are sealed… that said, I recently changed my bearings over to these ones on the Z and it reduced the chatter quite a lot.

That said I’d check out the FB group page as there are 17,000 members there with lots of experience and many who use them specifically for PCB’s.

Hey Seth. Thanks for your reply.

How do I tighten the anti-backlash nut?

I have a whole bunch of those, I have a Prusa i3 clone that I upgraded to those as well. I’ll keep them in mind

Unfortunately you’d have to unthread the lead screw from the 2 brass parts with the spring in the middle… then when you thread it back on, you’d want to compress the spring at least a bit… I prefer to compress it as much as possible to try to take up as much backlash as possible…