Sand inside of carving?

I’m starting to get some of my first carves completed and it seems carving is half the battle. The other is sanding/finishing/painting whatever the route may be.

My first carve I did this remake: https://www.inventables.com/projects/remake-of-guitar-pick-tray

I sanded it a lot by hand and got to the “good enough” stage. But in the bowl area in the middle (can barely see in photo) you can see all the individual passes made by the XC.

What are some tips/tricks on sanding inside of these areas? Do people use Dremel attachments and do it that way? Or put a sanding attachment on your XC and run another program for it to do the sanding for you? Is this just the nature of the beast?

If you are using a flat-end bit and your machine is square, you shouldn’t really be able to see individual passes. One thing I can suggest is to get or make a 1" sanding pad that you can chuck up in a drill. You could use a piece of hard rubber (like a cork) with a bolt going through it, and just glue the sandpaper or a piece of velcro over the end of the rubber with the bolt head.

Holy cow. This is a great idea! Plus it is a slower speed than a Dremel which can burn very quickly and goes through bits like a (… creativity fail).

I don’t know what program you’re using. If it is Easel, you can go Machine-Advance and lower down your stepover numbers. That helps for smother pocket. If you’re working on any other programs simply change your stepover values on tool database until you don’t see lines. It takes little longer but result must be better.

This exact problem was giving me some hell on my Massdrop order! Each piece had four roughly two-by-two pockets that I had to sand the inside bottoms of to get smooth. I messed around with some sanding blocks and stuff, then I found this little gem made by Proxxon. 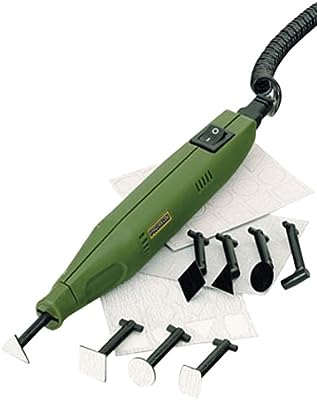 It works like a charm, I literally just got done sanding some inside pockets with it about ten minutes ago. Be aware, you need a 12V power supply to use it, or one of Proxxon’s transformers. Also, don’t bother with Proxxon’s awful pre-punched sandpaper for it, just grab a couple 5" 220 PSA disks at your local hardware store. I trace around the pad and cut it with an xacto knife. Takes less time to do than to tell about it, the stock Proxxon sandpaper is both way too fine, and total crap. The “Gator” stuff from Lowes is what I’ve been using on it, myself. Costs about a hundredth as much as the pre-punched ones, and lasts a lot longer in use to boot.

I was really dubious when it was suggested to me, but I’ve worked that thing WAY beyond where I thought it’d just die, and it keeps right on trucking. Awesome little tool.

I haven’t used them personally, but I’ve read that for detail work these work well: 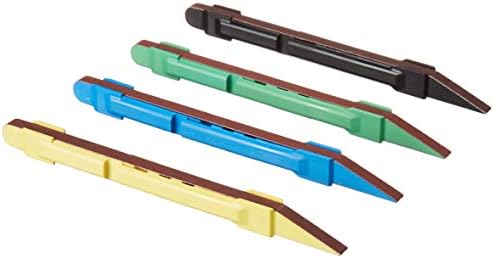 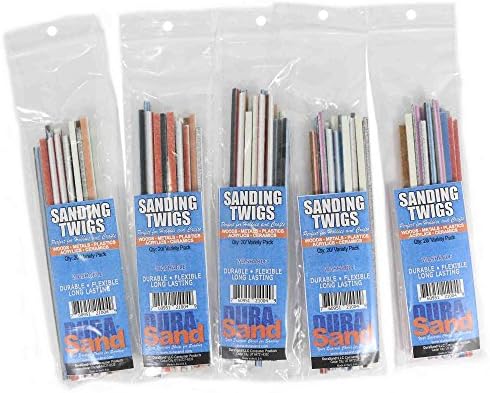