I am looking to make a sign for a friend’s child and it has the black shadow effect. I’m uncertain of the best way to manage this.

Is it possible to paint the edges of the MDF or will it not be noticeable enough?

This gives an example of what the shading effect looks like

I am not quite understanding wha tyou mean are you able to show the overall design or an example of another place that you saw it?

A quick and dirt trick I came up with

Cut the letters out separately from the background. Using Profile cuts this has the advantage of going much faster. I used a v bit to carve a thin outline of the letters into the back piece as a placement guide, but if it is simple enough you might not need it.

Paint the letters - if using spray paint I recommend the Rustolium 2x painters choice - cheep paint just gets sucked in and takes way to many coats to seal the MDF.

You might want to sand the letters after painting as the cut edges will plump a bit, then give a light second coat.

Then flip the letters over face down, make sure they are on a flat surface so that none of the top is exposed. Then spray paint the back and sides in your shadow color.
(I put mine on a sheet of wax paper as I was worried about the still possibly tacky top coat sticking)

Glue the letters in place on the sign back.

Or you could try hand painting the edges with a brush - whatever you are more comfortable with.

I am not understanding what is going on here what exactly are you trying to accomplish could someone post some pictures ?

You can cut all the letters out and use spacers to attach them to a back board. Get real shadows.

They want a “Drop Shadow” effect on the sign lettering. And were wondering if painting the edges of the letters a darker color would be enough to pull of the effect.

Profile cut two sets. Paint one your color of choice and the second black. Glue them together with an offset. Doesn’t keep it all in one board but accomplishes the effect.

Then your “shadow” will have a shadow. Kidding. Great idea!

Hadn’t considered that. I guess that’s why we post to the forums!

Thank you everyone for your input! Aaron reinforced my train of thought of painting the vertical sides of the carved letters to achieve the shadow effect and I’m in the process of doing that now!

I would love to see pictures when you are done

It’s a great idea and a cool effect. Much easier with letters as separate parts. Keep in mind the effect is less visible when viewed directly on, but looks best at an angle. 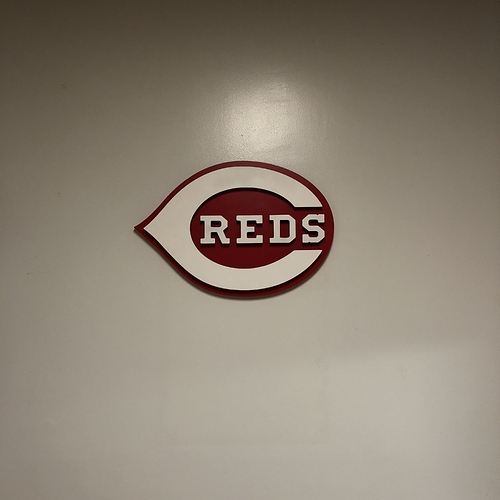 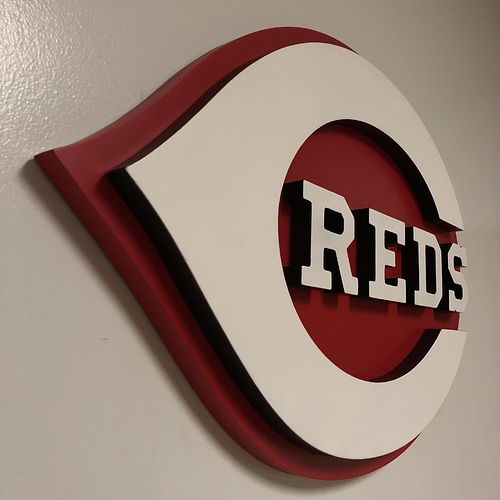 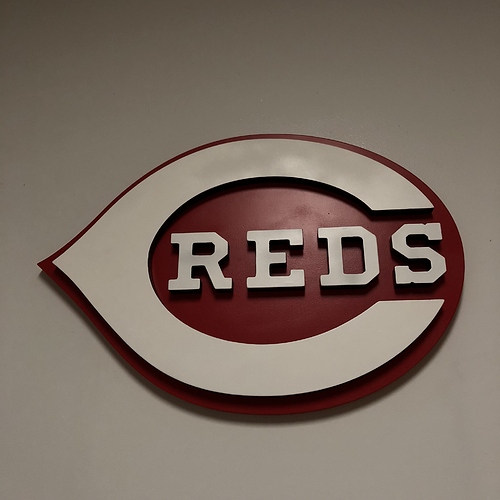 Here they are! Finished gluing it today and nailed a hanger. I want to let it rest for a few days and then I need to ship it. 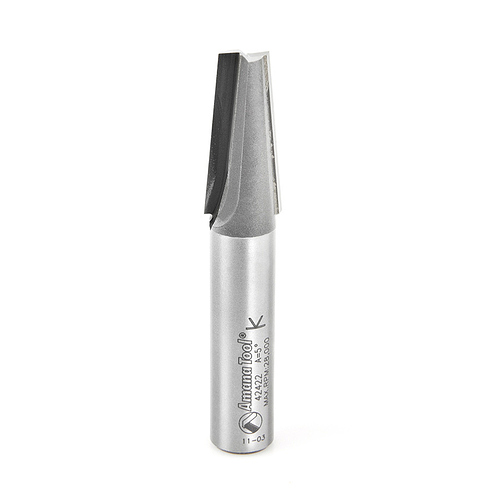 I just realized what you’re suggesting, but how would this impact the non-shadowed side of the elements in a logo or design?

Plus I wouldn’t even know how to setup that bit!

guys its just a PICTURE !!! i did not list a part number there are 1/4" shank tools like that

it would just take some setup time in the programming