So for the passed 9 months or so I’ve been working on designing a corporate themed Shadowrun Cyberdeck. This is not based on any existing images of cyberdecks and was more just me doodling around. This was my first real project with a mill and I took my time and read a lot of posts on here. I’m pretty happy with how everything came out, but there is a lot I would change if I were to attempt this again.

The top is 2 pieces of bamboo and the bottom is 2 pieces of MDF. I used a kindle as the screen and a razer orbweaver as the keyboard.(I kept every screw so after I can put the orbweaver back together).

A long piano hinge was attached to the back and the handle slides ontop of the long…handle pieces…things? to act as a lock. I put a few small pieces of velcro on the kindle side to keep that side closed. 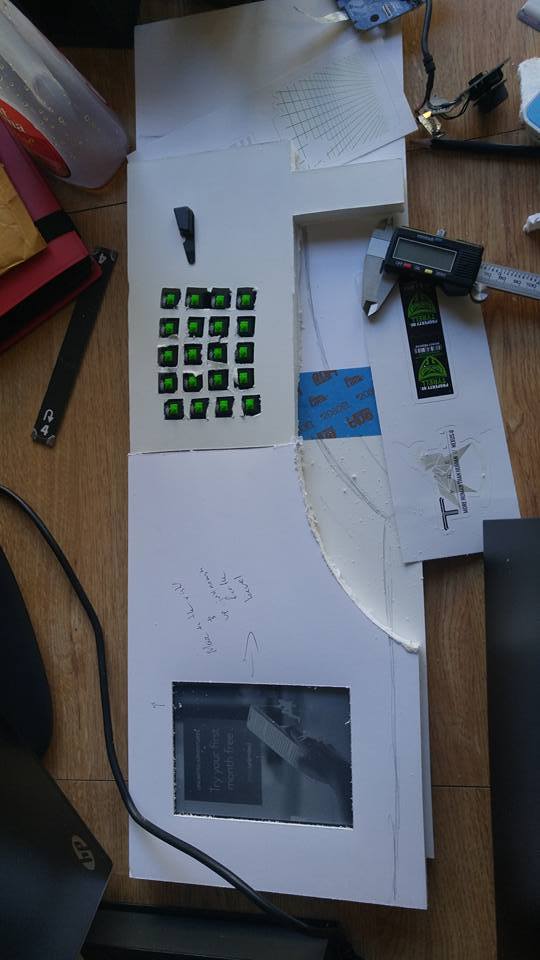 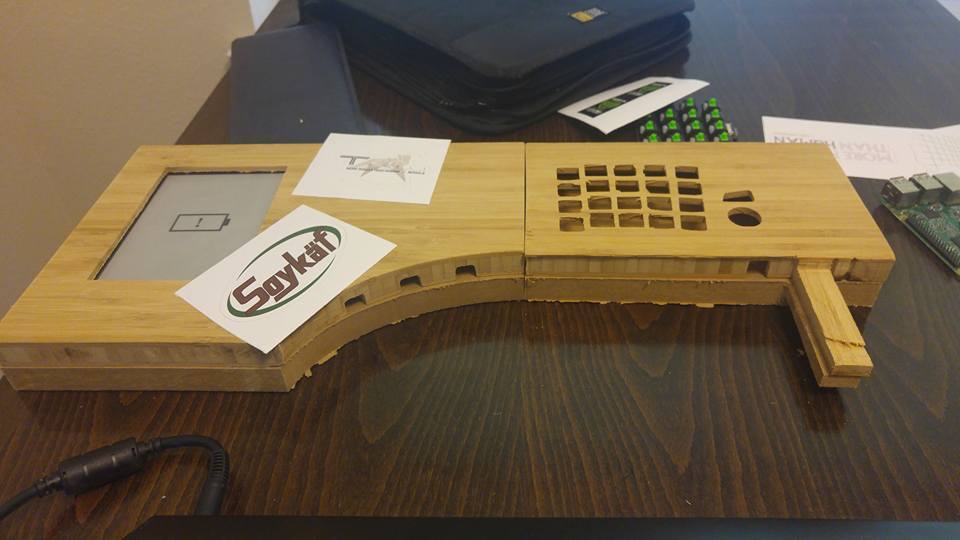 All 4 pieces fresh off the mill. You can see the handle I hand thinned down because I was off by a smidge in my measurements. 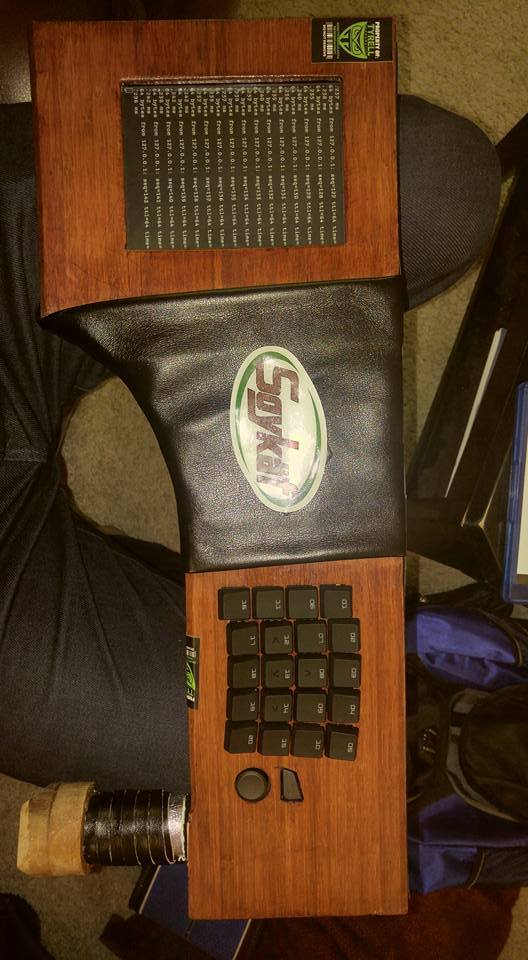 The handle was wrapped once more in wider strips, overall looks better. The Soykaf sticker was coated in a layer of epoxy to make it pop and protect it. Some bubbles formed 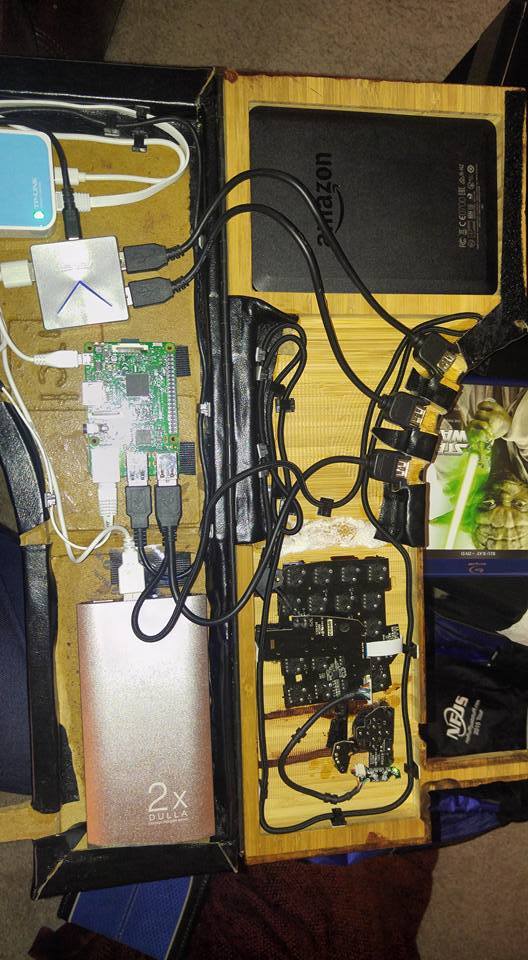 The inside! This is a fully functional computer powered by a raspberry pi, a giant battery, and a tiny wireless router. Cable management is not my forte. You can see some burn marks on the bottom of the bamboo where the bit was not long enough, haven’t made that mistake again. The panel mount USB is a bit too far back, most of my USB devices couldn’t actually plug in, but it worked great as a portable phone charger.

Nice work, chummer! The Shadowrun universe is so inspiring, isn’t it? (I’ve been working on some Shadowrun necklaces myself - nowhere near as ambitious as your project!) Have you actually been using this for anything or is it just more of a proof of concept display piece? Either way, I appreciate the fact that you didn’t try to mimic any existing cyberdeck design and chose to create your own. What kind of character would use it, do you think?

Thanks! I really do like the universe, even though I can’t keep a group together passed character creation. (The struggle). The deck itself full works and I used it as a prop/data collection point while walking around GenCon. It has since been turned into a display piece until I need it again or work on it a little more.
I like the necklace! I really need to invest in a laser cutter…
The character idea behind it was a Decker that worked for a corporation. I went a tad cross-universe to Tyrell, but I mean Blade Runner is like a toned down Shadowrun universe…right? I might have a picture or 2 of the whole outfit put together.
I tried to keep to the corporate norms in a mass produced desk: dark woods, that leather piece in the middle, property tags.
Like any good obsession, I’ve already made a few tweaks to the base design to fit a full keyboard.