Shipping to Canada for Carvey

I was pretty glad you guys shipped with USPS but when the tracking said it arrived I went outside looking for the package only to find another email in my inbox that said a UPS shipping label was created. Turns out you shipped using USPS to UPS in Canada.

$371.90 CAD is the COD to import Carvey into Canada. UPS is notorious for huge brokerage fees so I’m not sure how much of it is duties. I’ve had problems with them in the past with missing parts and UPS just leaving packages wherever they please.

In the future, you should just ship with USPS all the way and they will hand off delivery to Canada Post which has a much better track record in terms of cost and service when compared to other shipping companies.

There was also a delay with the package at UPS because of a missing document.
“Power of attorney documentation is missing and is required for clearance. We’re working to obtain this information.”

I could just try to clear it myself but I’m not sure how much trouble it is worth until I see how much they are trying to bill me in terms of brokerage fees. In either case it’ll be a good experience to post about for anyone else thinking of getting a Carvey in Canada.

What the heck is UPS doing…

First its out for delivery and now its being held back. I didn’t touch anything except hit refresh. 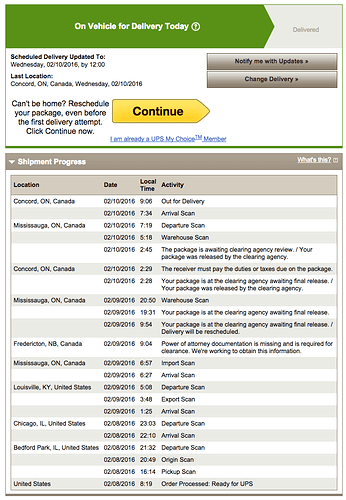 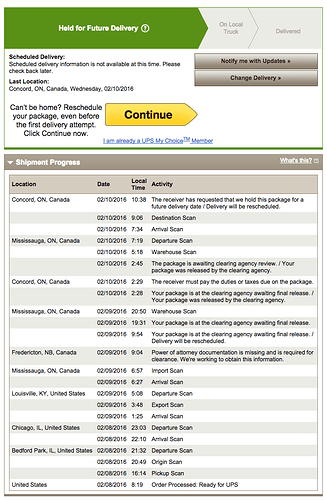 I live in between the 2 locations they keep shipping the Carvey. Efficiency at its finest. 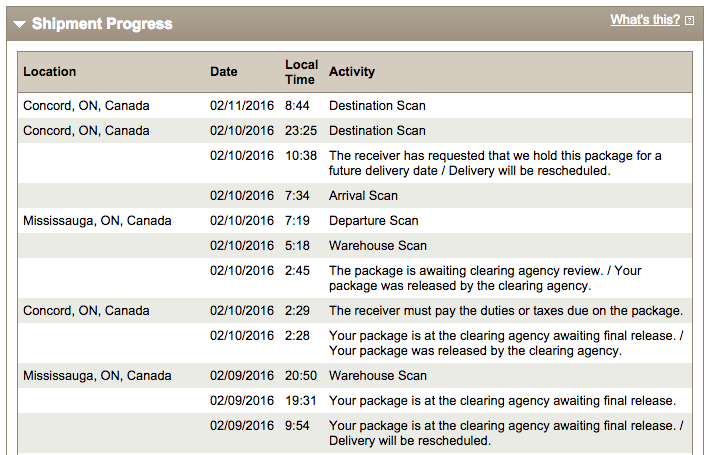 I’m thinking that I might have to do that.

After the first botch up they said that a new ETA time would be updated in the system. I haven’t seen a new time stamp and there are two people at home waiting for the package. I get a status update that says they tried and will try tomorrow. No door bell or knocking thats the kind of crap I get from UPS. I have someone in the living room right next to the door and she said she didn’t hear anything. I can’t even count how many times UPS has done this kind of crap to me.

Now that is Efficiency at its finest! 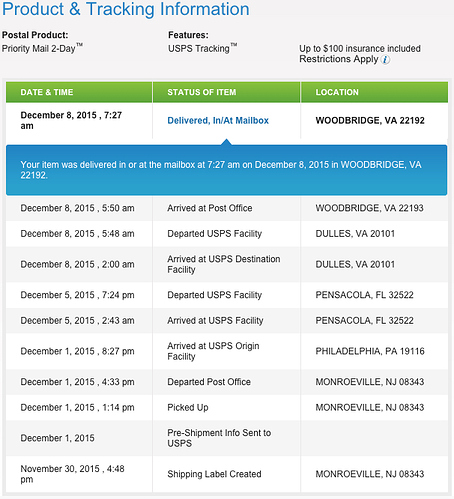 USPS isn’t that much better. This has happened to me a couple of times. Calling CS was a waste of time.

CS can try to help but we don’t have power over USPS or UPS.

I wish we controlled the experience all the way to the customer.

Package I just sent via USPS to a customer, NE to WA and USPS chose to route it to Hawaii… Guess both HI and WA zip codes start with a 9 so it works? So much for 2 day, They don’t care until its been 45 days past delivery. 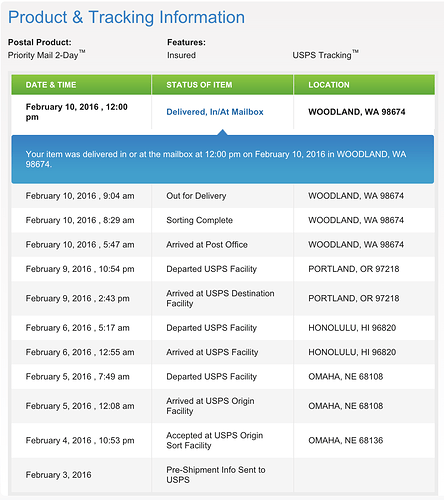 This is insane. Again they report that they have tried and no one was home. But this time I installed a motion detection camera that logs any movement and emails me a picture. Not a single UPS guy in the email feed. I have already reported this BS behaviour to CS and their response was it doesn’t make sense why they wouldn’t try to drop off the package because it would impede their workflow. Like wise, it doesn’t make sense for me to not get something that I waited months for and to waste my time calling you guys. They kept trying to get me to pay for the brokerage fees over the phone but I want to inspect this box before I pay anything.

If there are visible damages to the box should I still pay for it or just have them return it? 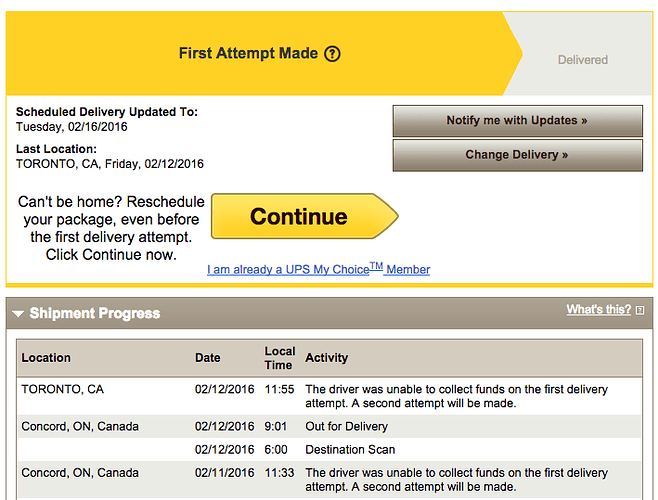 Fiasco finally over. Box still in decent shape no visible punctures. Just worried about the guy copying down my CC info by hand. First time I’ve ever seen UPS not have a hand held CC scanner. I’ll have to monitor my card now. 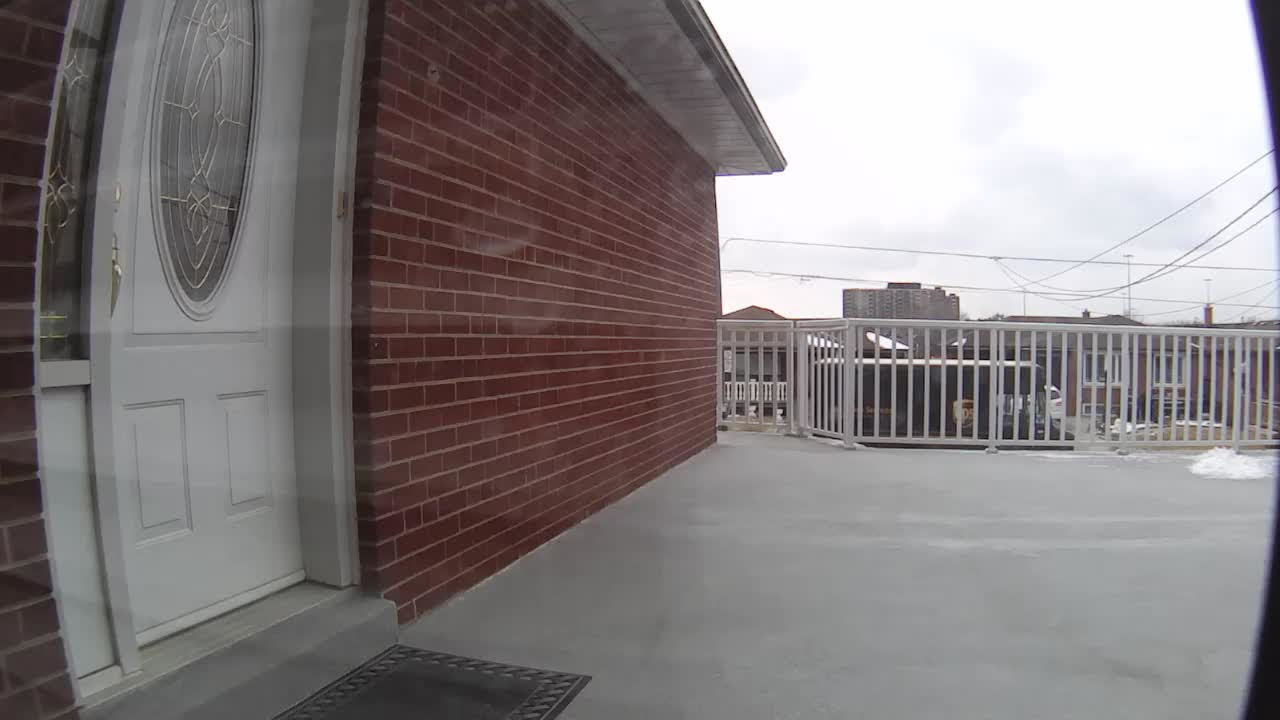 The $371 is tax on the Carvey (for $1999usd at the current conversion rate to CAD). UPS does not charge a brokerage fee on deliveries by Air (in this case, Inventables used UPS express). Sad to hear you had a frustrating experience with their delivery, my package was also delayed at the border in Fredricton due to missing documents, (even though tracking had place it in Concord warehouse), but a call to UPS quickly resolved that for me.

For any other Canadians awaiting their Carveys, or have similar issues, just give UPS a call and go through their “brokerage service” option when selecting via the automatic phone thing. Let them know you don’t have a broker, and have them clear the package for you. They should NOT charge you anything other then the tax due.

Also, I had asked if I could clear the C.O.D via the phone and have it delivered to my workplace instead (their delivery window was before 3PM, EST for Toronto), and they said that they can’t modify the delivery address until a first attempt was made (and failed). So if you do want to pay the C.O.D with a credit card over the phone (so the package can be delivered and signed for by anyone without needing payment), you can do so after they leave their first attempt notice. I think there’s a $6 transportation fee attached to changing delivery address though.

It is even worse shipping to Vancouver Island. I used a local freight company that is based out of Victoria airport, they brought my Xcarve to there warehouse for 34 dollars Canadian and I went to customs and cleared the bond on ithe shipment. All in all I saved 280 American on shipping and brokerage costs, check to see if any local companies offer this service as it was well worth it.

@Kasba I’m not savvy enough to figure out how to go about doing something like that in Toronto.

@FannieLam I forgot about checking the invoice on Friday. They charged me a brokerage fee but it was small which was a relief. The brokerage fee worked out to be $11.30 and the rest was duties.