Can anyone point me in the right direction for creating a topo map? I want something just like this but for my city and the seacoast we live on. Thanks 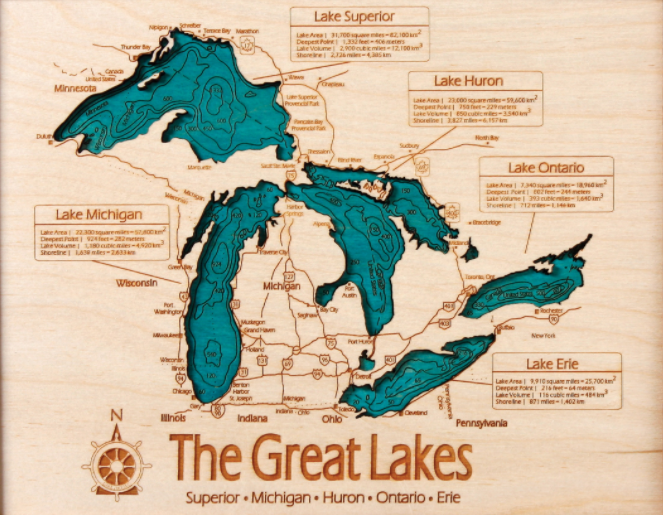 that example was laser cut, not milled

Even though it is fully possible on the cnc, I think those burnt edges add to the look in this instance.

What’s the power of a laser that can do that?

Can anyone point me in the right direction for creating a topo map?

The “simple” method is to find a map of the area of interest with elevation lines and simply trace those lines and carve them down to their respective level. Depening on the topography / physical representation it may not be a big job at all

The more advanced option is the find topographical earth data, convert that into 3D and generate a cut path of off that - but that will require 3rd party software and workflow vary a lot between the options out there.

to work comfortably you’ll need a 40W laser or up.

Ok yeah seems awesome to do but just wondered what the power was because I was wondering how many passes it would take. After watching a couple videos it seems like it’s a glue up of multiple layers.

It looks to me like only two layers, the blue and the top. Both lasered, the bottom one stained some way or maybe spray painted first, then laser etched. Registration/zeroing is important for both layers so they line up perfectly when you put one on top of the other. I would also cut out both panels ganged together on the table saw so they’re the same exact size. Being able to make stuff like this has always been a dream of mine.

Paul, I just saw this topic so if you’re still looking for help with this, I have some details about how I do my bathymetric maps in this old thread: https://discuss.inventables.com/t/cribbage-around-the-lake/16214

I’ve done many Lake Superior ones and a few other miscellaneous lakes. The one-off lakes aren’t really worth doing because it’s a bit time consuming to get ready for actual carving.

Yes! I will look. Thank you!

Here’s one of a couple I found on YouTube…

I saw a shop in Saint Augustine that sold relief-style maps that I’m pretty sure were CNC carved. I’ll get a picture next time I’m in town there. What was interesting was that they painted the wood piece first, then carved out the relief map making the contrast. They used a bit of distressed painting methods, but the final result looked very professional.

What was the shop in st. augustine called?

It was in one of the hallway shops off Saint George’s street. Either the one at 106 St George St or at 162 St George St. It was on the right side of the hallway and was a bunch of wood signs hanging on a wall. Not sure if the store has a name, but it is probably tied in with one of the neighboring stores because I’ve never seen a cashier in the section. Hope that helps, planning on taking some pictures next time I’m down that way. 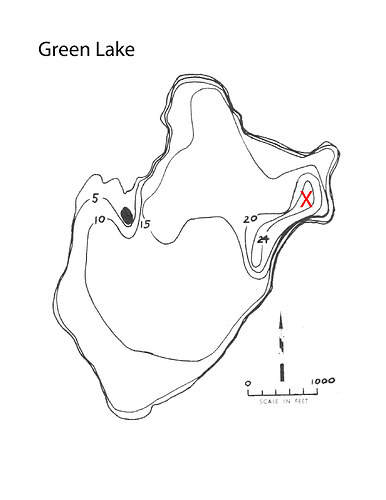 Nice! I just started my carve tonight and finishing the carve tomorrow.

Do you need any help with creating your map? 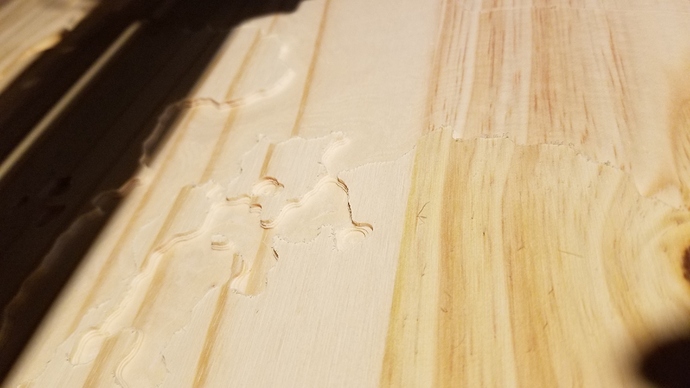 Oh, wow Paul, that’s super generous of you. I’m not ready to start any more projects until I finish the boat I’m building. Thanks, though!

Midnight.,
I’ve got an idea for you: a couple years ago (before getting a CNC), I made a number of Lake Superior bathymetry “maps” using the scroll saw. The neat thing (well, two neat things) about doing it this way, rather than using a CNC is that, when finished, you end up with a cool printed topo (or other) map attached to the top. I’ve found that some folks (customers) really like having an actual map on top. The other neat thing is that you can stack cut three layers at a time and you end up with three nice completed projects. For this simple lake, this would work great. For really busy lakes like Superior, it is a lot of work keeping track of all the islands and finer bits.

Print up the topo map to the scale you want the finished project. Glue it on (solidly) to the top layer and start cutting.

Again, I’d stress that this method works really well for simple lakes, without a lot of islands.

Just thought I’d throw this out there again …

Good luck,
Paul
Here’s an example of each type: 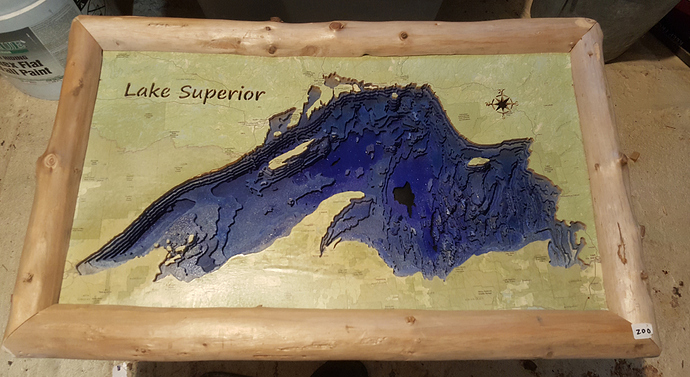 Here is some pics of the carve done. Several thing to correct and some clean up to do. 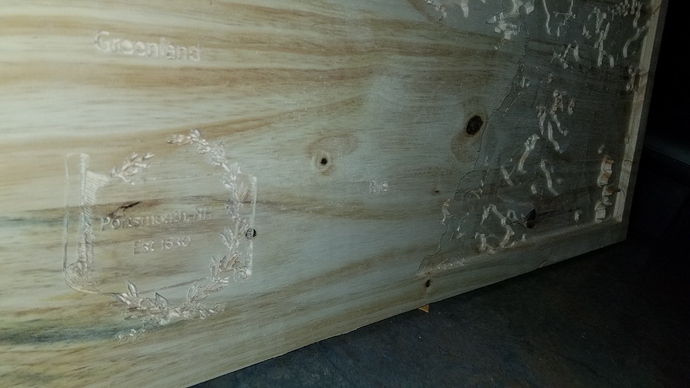 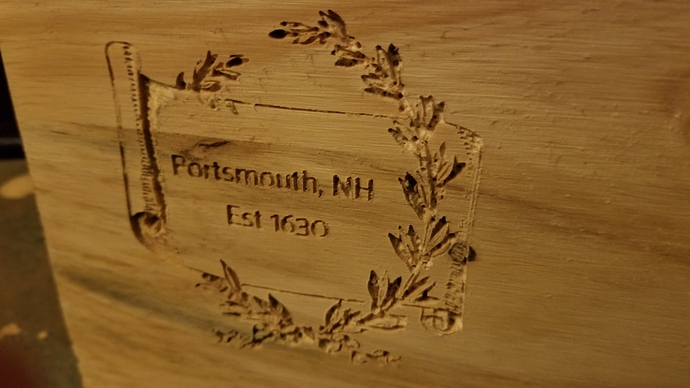 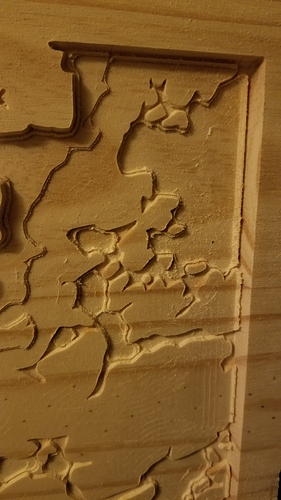 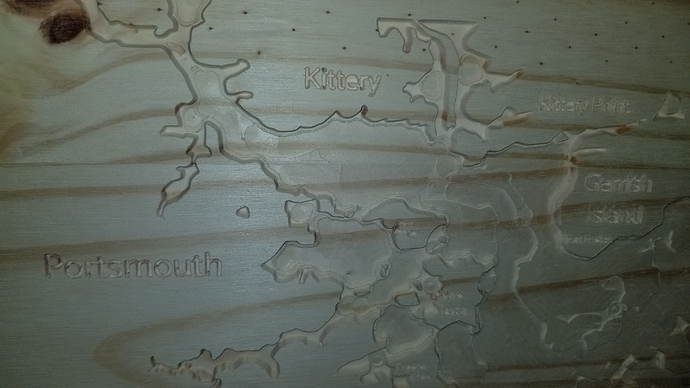 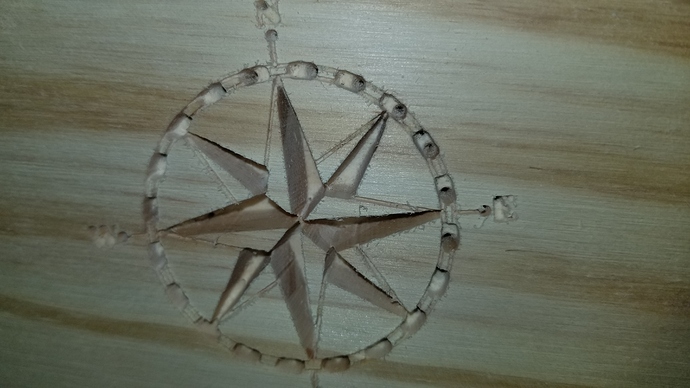 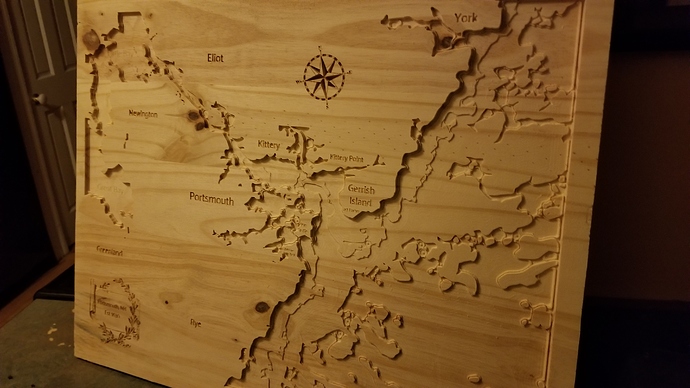