Hey guys, I needed a free gCode streaming software for my laser engraving needs. Since the only streaming software I could find was commercial and costs about $30-$40 I decided to develop my own and make it open source.
It needs testing! I’d like to ask you guys if you would like to test this software with your grbl controlled lasers.

It is a console based windows app that can be used as follows:
SimpleG.exe -f test.gcode -F SimpleG-end.gcode -p com6

A more precise documentation can be found here: 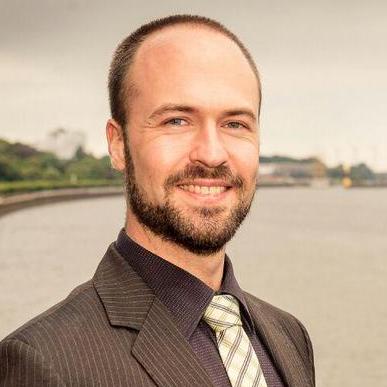 The sender was able to push 466 commands per second to my Arduino Nano based grbl laser! That gives me 2800mm/min max feed rate which makes engraving using grbl quite usable!

Looking forward to your comments.

Why use this rather than GCtrl or stream.py? Are they unable to send that fast?

Honestly, not sure. GCtrl doesn’t seem to have the actual streaming capabilities build in. I don’t see it in the code. Stream.py is certainly using the same idea since I got the solution to the streaming problem from this! However, it is python and I don’t have much experience with python but I believe C++ would handle the streaming faster. Having said that, the bottleneck is clearly the COM/RS232 communication and not the speed of execution of the program.

So, the advantage I know is: my exe file will work right after downloading it. No additional python or anything required and no external libs to install. And: It is exceptionally fast. So in theory it should be at least as fast as PicSender (not free) which started the whole idea of developing a simple and free solution myself because it was just so much better and faster and more robust than anything I could find.

Here is proof where your theory is surely debunked.

We just did a feedrate test engraving a Dithered image with just S0 (white) S255 (Black) commands to pulse the laser on/off. The Feedrate was set at 200IPM in the gcode file and it took 47:29 (2849 sec) in time to engrave. The engraving is 10" X 8.34", but we used Skip White in PicEngrave Pro 5 to cut down on the overall engraving time. We reversed engineered the gcode and it has a 9417.644408 inch perimeter (travel distance). To confirm the actual feedrate it engraved at, we did a simple calc…

We have been doing some extensive testing with a pre-released version of PicSender. This was raster engraved on Birch Ply with our 6W 450nm laser diode on our Shapeoko 2. A variable feedrate was set between 200 IPM (white) and 150 IPM (black) using our Feed Rate Change feature in PicEngrave Pro 5. The laser's power range was set at a Min S15 and Max S255 and there were 1,507,509 total X,Y,S & F command lines in the gcode file. It was streamed to the J-Tech PWM 9g grbl firmware. [image]

2800mm/min max is slow compared to us able to raster laser engrave photos at 5037.7mm/min on our Shapeoko 2 6W LD machine with PicSender.

That is pretty impressive. Your software has plenty more features as well, and it’s professionally made.
I just needed something that offers me to engrave a complete gCode file at a decent speed without stuttering.

Most of the lag I experience at over 2800mm/min is likely because I don’t receive the OK from grbl fast enough. The buffer that my software believes grbl has at any given time is always almost full when I send data. However, grbl runs out of data anyways because I don’t receive the OK message in time. I assume this to be an issue with my timeout and/or file handle settings. You certainly did some clever magic in PicSender!

Just downloaded 3dpBurner Image2Gcode and 3dpBurnerSender for the laser. Been playing with them for a few days now…very simple and just enough features. Both open source free programs. So it’s working without any problems.