Skip Forward and Back in a Carve

The ability to skip or fast forward and back in a project. One time my Carvey thought the job was done after i hit the pause button twice instead of once. I had to run through the whole job again, just for the last part. Another time I didn’t make a hole deep enough and ran the whole job again with the revised hole depth. Today I lost my internet connection and Carvey stopped carving, so now I’m rerunning a 20 hour job that was half way through.

If I had skip forward with the simulate as a guideline to how far forward I would skip I know where to restart the carve.

Planing a blank and fixture holes for make a iPhone case from the Easel projects. 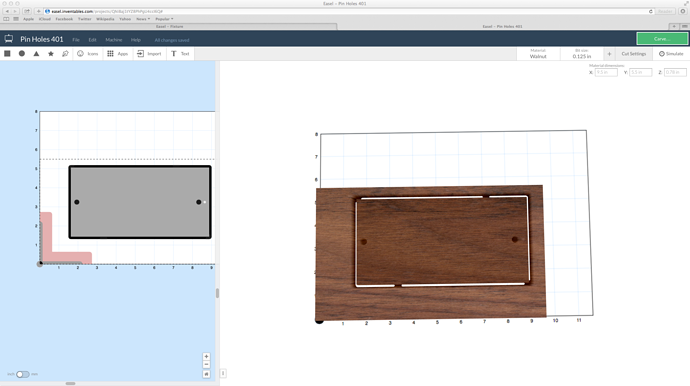 Default screen grab from a Mac. Here’s a screen shot from a PC. 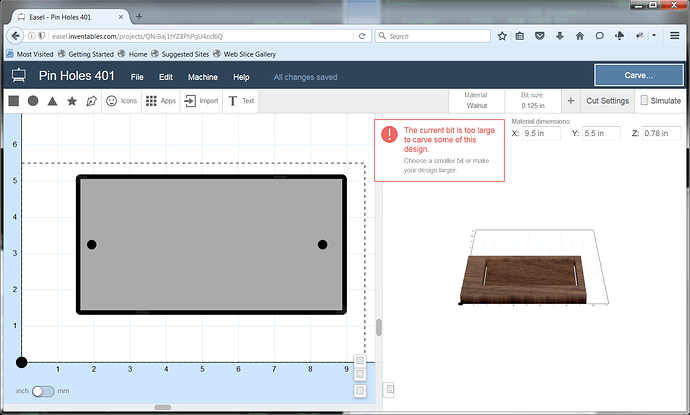 I often have experienced interrupted carves for a variety of reasons,
using Gcode generated in Fusion and imported into easel for carving on an x-carve 1k.
I wrote a post about one such experience here:

Editing gcode from Fusion 360 and the Inventables post processor Troubleshooting

as I documented yesterday in https://discuss.inventables.com/t/periodic-calibration-loss-z-axis-randomly-lost-steps-in-middle-of-a-loooong-cut/23538 I was in the middle of a long cut (~2 hours 15 minutes) when my z lost some steps on the way down and I started air cutting instead of engaging the tool with the material. I spent all day frustrated as I really did not want to have to go back and start over and watch the machine retrace those steps while holding my breath in case it started to los…


the solution I came up with, editing the gcode using a text editor, relies on your ability to access the the gcode. By definition you do if you are importing as you have to generate a file to import.
I have never looked to see if easel writes the gocde it is using anywhere accessable.
If ti did, this is an obvious avenue to explore: copy the file, edit it, and import it…
Steve4 June 3, 2016, 11:40pm #9

so for easel generated code that might make sense.
In the blog post I looked you to I noted that you needed to edit the code on the boundary of a complete tool move;
i.e. if you are doing a 2d clearing operation and you are clearing a ‘layer’ you need to ff/rew to the beginning of the layer, not halfway through…
so recognizing that might include actually writing the g-code with block markers or such so this becomes possible, like sectioning a dvd so you have bookmarks to navigate between…
for easel, where @inventables control the code, this might be possible
if you are importing from another tool, like Fusion, less likely you will see it,
and interestingly, I have looked through various pages with G-code definitions and lookup tables,
and there seems to be no concept of a block marker or block navigation in the spec itself…
not sure why, given we all seem to recognize the need at some point…

Even for an hour project, this would be useful. I’ve had jobs fail half way through and would like to be able to continue where it failed. +1

I am new to the x-carve / easel and have been going through the “learning curve”. I broke a 1/8" end mill experimenting with rates and had to go back through the hole project which was over half done. The option to go back and start over mid way would have been wonderful! Slide bar option or just key in the start percentage point…