Posting uncategorized because I’m not sure where to put this.

I’ve been having a hard time finding answers to this question on the google or forums. I’m hoping to find or, if need be, create a solution for carving a work surface that isn’t flat, but curved. I’ve got a digital model of the workpiece as it exists, so I could import it into whatever software, but I don’t know what I’d want or need as far as packages are concerned for generating a toolpath that anticipates a curved surface.

I’m a software developer by trade and I have some experience with embedded systems so it’s theoretically within my grasp, but if I can I’d like to avoid rolling my own solution from scratch.

Chilipeppr should be able to do a surface probe and compensate, if you have a probe.

Here’s the feature description in ChiliPeppr, just cut the bundled Chilipeppr logo gcode about an hour ago. Looks like a great piece of software. 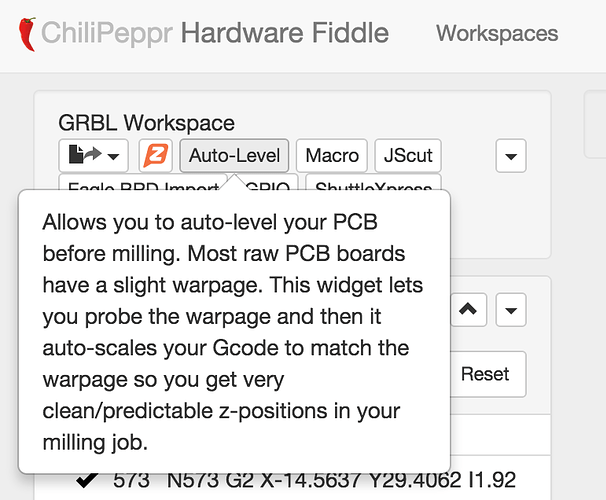 I didn’t know Chilipeppr did that, that’s freaking awesome! That will be a great trick when I try to engrave into tiles that aren’t perfectly flat!

Holy moly that’s amazing, and exactly what I was looking for. Time to look into a probe. Thank you so much!

This is one of the very reasons I bought the Planet CNC system for my mills. I have found their setup far more stable for large jobs over Chilipeppr. It also allows you to do 3D digital mapping with the same setup which would allow you to map then import the object in question and make any needed adjustments on the curved surfaces. Here is a link to the probing and warping process and the 3d digital mapping process. I have used both on my mills and love them. A simple digital probe is all that is needed for materials that are not conductive.

Is there such thing as a probe for non-metal surfaces? Maybe something where the tip compresses a spring until it touches a contact in the probe body or something? I’d love something like this for granite and marble tiles, they seem smooth but I’m pretty sure they’re not perfect. 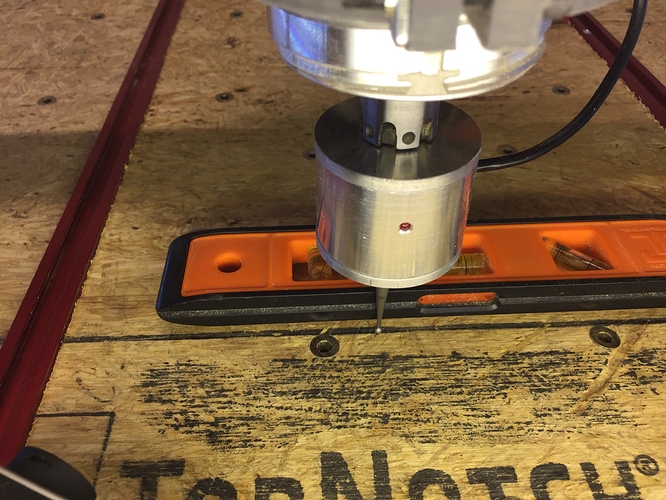 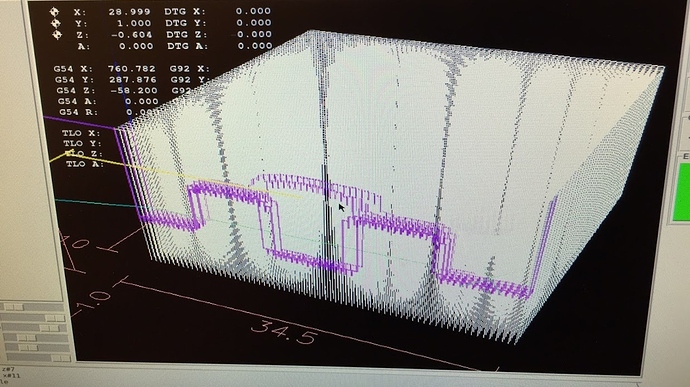 I found a link for something like that on Amazon for the Shark, $300. Any better priced options out there?

I’ve heard the shark probes are unreliable and prone to breakage of the probe, the wallet and ones heart.

http://wildhorse-innovations.com/index.php?_a=viewProd&productId=80 are what I use and they work great. There are several options at about this price point. The shark is very over priced.

Okay, time to break open the change bottle and count up my pennies. $102 including a spare tip, that’s good right there.

I have used it for edge finding on the pet memorials I make. Over all the granite stock is flat enough that it has not been an issue. But for slate I could see the need and for cheaper ceramic tiles also I guess. For so far the granite stock has really not needed it. 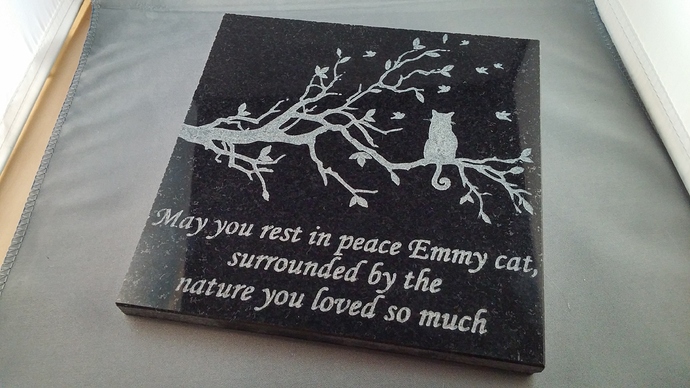 You can just lay a piece of aluminum foil on the surface and use Grbl or TinyG’s probe feature to do auto-level on non-conductive surfaces. I’ve seen folks post pictures of successful auto-levelling on granite using this technique. That will save you hundreds of dollars buying a touch probe.

That MIGHT work well enough on a flat surface like a polished granite or marble surface. But on a surface like a slate which has 1mm or more surface differences which are need to be allowed for while engraving the stone, it will fail as the foil will not mold to the true shape of the contours. At best conductive paint is used on these types of surfaces in a pinch then removed after milling. If you are just milling a one off item most flat item it works OK. But if you plan to mill stone items for sale or regularly then it pays to spend the $100-$150 for a decent digital probe and use the Gcode sender of your choice which can use the probe for auto leveling.

I sell a large amount of milled stone items, mostly for pet memorials and even the smallest defect in the foil layer will ruin a good engraving if it effects the auto leveling. For me that is just not an option. My second biggest demand is for military related items and memorials in granite. For me there is no other option than probing the surface with a digitizing probe to produce the best item I can for clients.

I’m seriously considering an x-carve and I was also wondering about curved surfaces, like a 2.5" cylinder or large dowel. I want to engrave names, etc either vertically or horizontally. I know that I wouldn’t be able to go all the way around but would I be able to cover maybe the top (face) third of the material? Will it follow the contour?

I know it’s been a while since this thread was updated, but I’m having a heck of a time with levelling my wasteboard. I cut mostly wood, and would love to be able to use a probe to map the non-conductive wood surface before engraving/cutting. Can you please explain what’s happening in this picture with the probe and the wood and level?? I read all the messages in this thread but I’m still at a loss for what exactly I have to do to be able to use the probe on a non-conductive surface. Can you or someone please help out a newbie (preferably using basic terminology)?

Could a limit switch be wired to be a non-metal probe? Extremely cheap and could easily make a way to hold it to the router. Or do they not provide enough accuracy for probes?