I did a test run of this project and it came out PERFECTLY. This time, on my nice glued up hard maple, I think my computer went to sleep after stage 1 finished, and even though I told it to keep the last XY zero, when I said “CARVE” it crashed past 0,0 on the axes… stopped it before anything worse happened.

Now I’m stuck with a half-carved piece and trying to figure out how to get back to the same XY zero manually I guess.

I have a SINGLE spot on my project so far where there is a plunge with no bit movement, so I could position the stage 1 bit over/inside it to get a relative position from zero, but I don’t see any way to get Easel to help me do that.

OK - stream of consciousness here on my attempts. Here’s the plunge on the simulation. 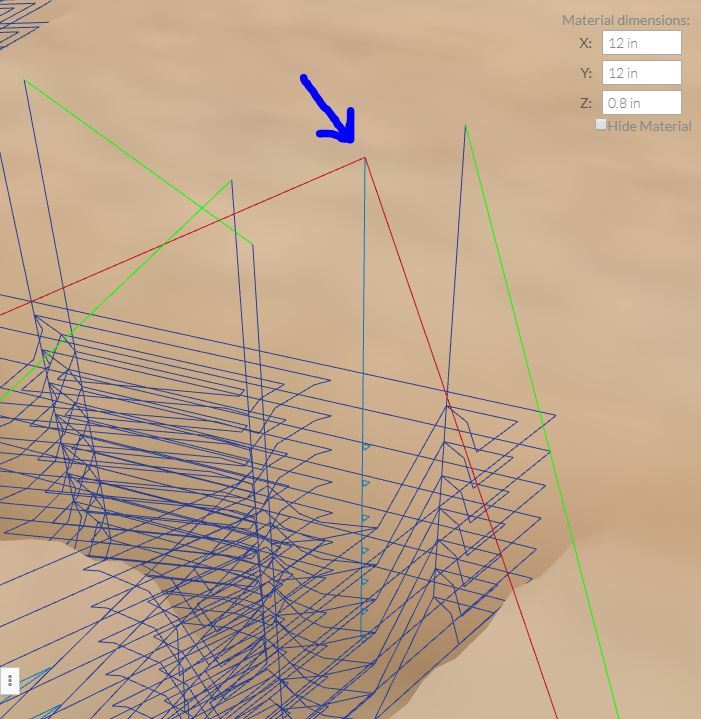 And based on some relative measurements from my best estimate of the original zero point, heres the code for that:

Not quite a straight plunge, but the bit fits in the hole snugly without wiggling, so I think it’ll work.

So here’s my thought: I put the original bit in the spindle, manually move it into the hole, power up the machine, then jog it out of the hole and manually keep track of stepping it X -6.06485 and Y -2.37048 then set that as my zero… then resume with stage 2…

It didn’t skip steps or anything… was off from the very start of phase 2. First stage went flawlessly.

My guess is the computer sleeping/waking back up reset the controller which threw off the previous xy zero. I’ve set it so THAT won’t happen again, at least.

It appears to be working! First cuts of stage 2 are evenly trimming around existing features. WHEW! 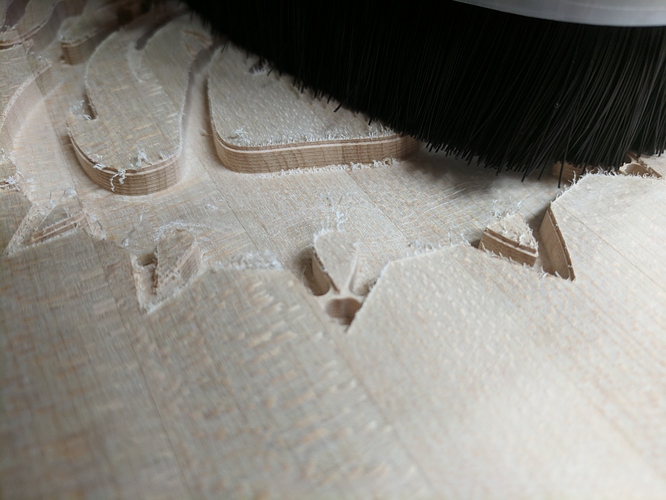 Aaaaand, fail… So close. Doing a full cut-through after recovering from the two-stage problem and near the end one of the Y stepper wires managed to get taught in the drag chain and pulled ever so slightly out of the stepper. Luckily I was standing right by. Impressed that the bit just kept cutting, but now trying to figure out how to rescue this piece, or start over. 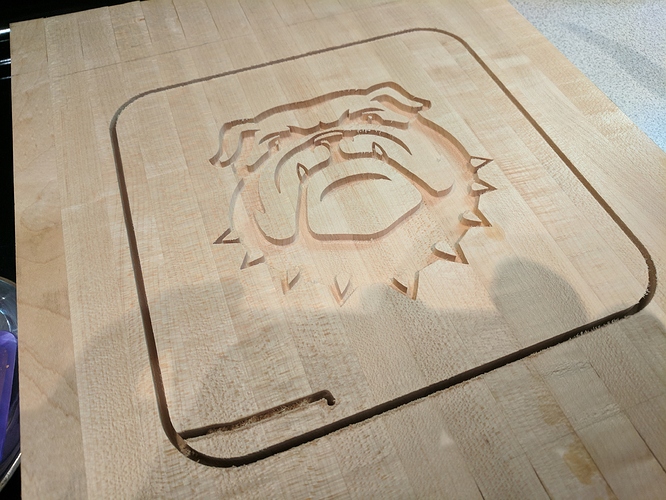 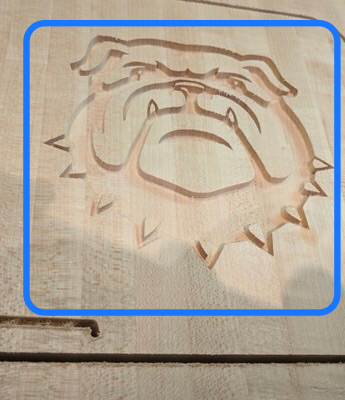 Cut whole thing inside Or just redo the bottom edge only 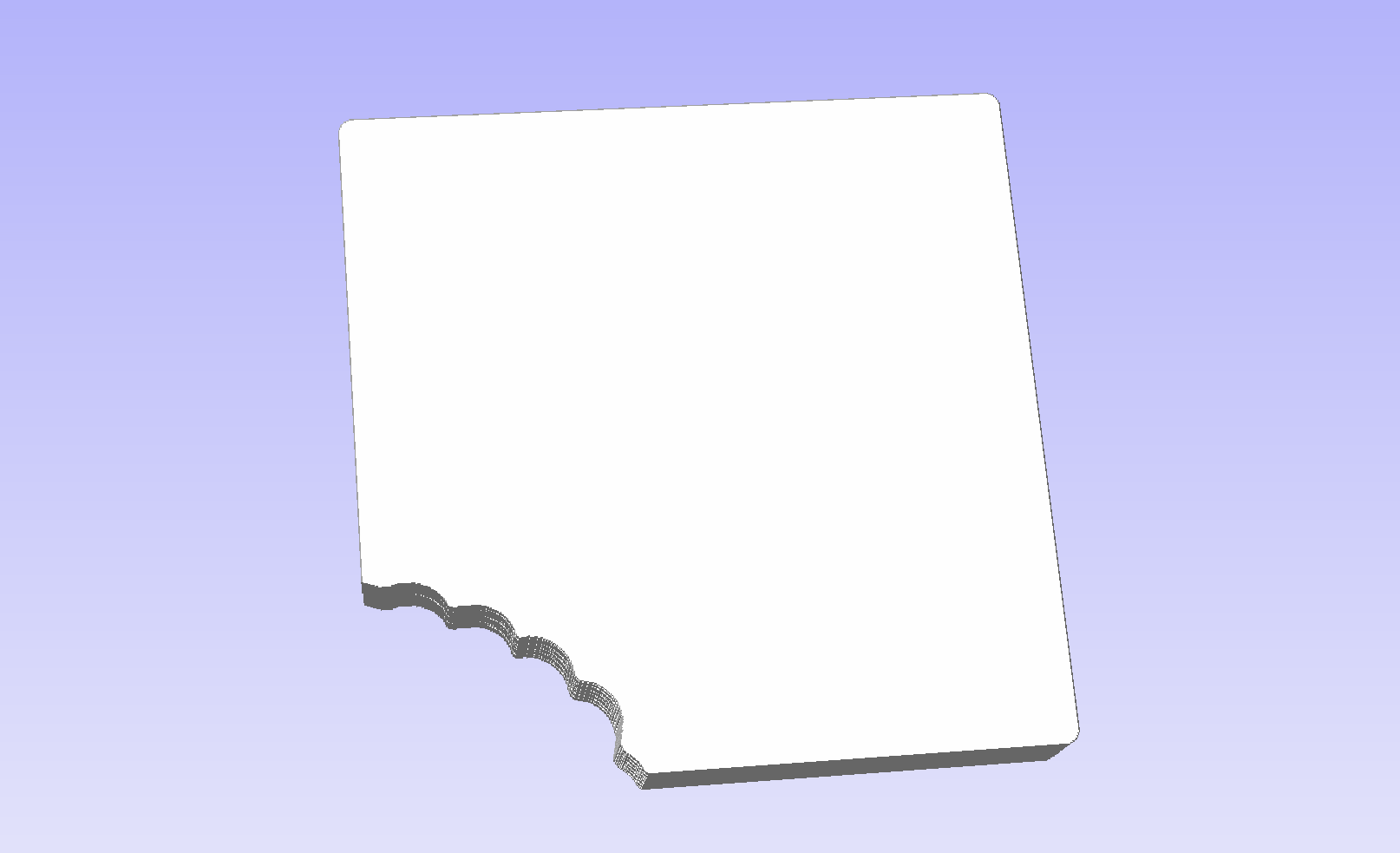