Sometimes a project works first time, but not this time

Thought I’d have a try at making a “Spiral Jewellery Box”. Unfortunately, the CNC gods were not smiling on me the day of my attempt.

The Dewalt finally decided it needed new brushes at 6:00pm on Friday night. No one in Western Australia sells those brushes on a Saturday, so I got something similar which fitted after filing them down to size and making new tails for them.

Then, my machine decided it would randomly stop during carves, requiring a reboot each time to resurrect it. After updating Java, UGS and a host of other stuff, I traced the fault to a damaged USB cable.

End result, instead of this 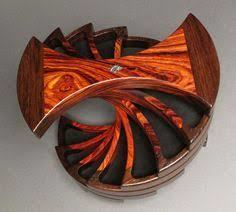 I ended up with this 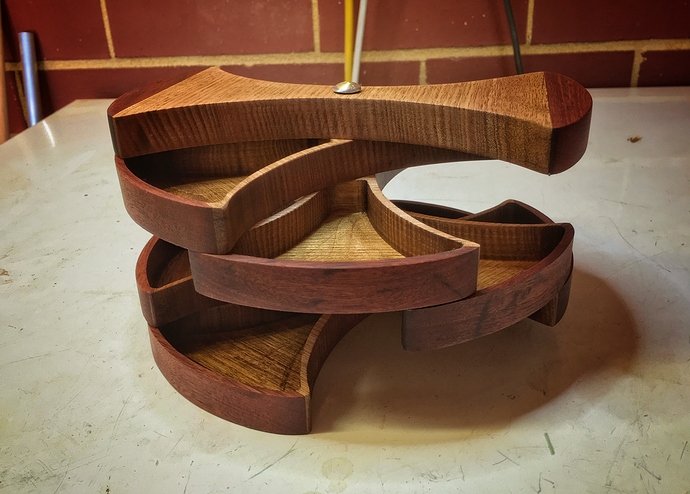 image.jpeg3438×2464 2.51 MB
Note, this hasn’t been sanded and the insides haven’t been touched. It was so damaged and so far off what I’d intended that I just gave up at this point.

I still like the idea and I’ll try again sometime, but as I said above, today wasn’t my day…

Happy to share the files if anyone wants them.

The VCarve file is attached below. If anyone needs or wants a different format file, let me know…

This guy has figured out how to make them.

Thank you for the svg. I appreciate it!