I had problem with uneven cutting.

I used a rabitting bit to flatten a sacrificial wasteboard and found very shallow steps like shingles. Tracing the cause of the shingling led me to finding the spindle was not at 90 deg to the wasteboard.

Checking the forum I found suggestions to loosen the “X” extrusion and adjust and if not enough adjustment to enlarge the screw holes. This seems somewhat drastic. Instead I loosened the rail that the spindle carriage rides and added two small brass shims 1/2" x 2" x 0.016" (totaling 0.032") in thickness. Placed so they were above the bottom screws. This of course required realignment of the spindle carriage to be vertical in the “Z” as well.

This resolved my problem and my X-carve cuts very uniformly now.

Is this misalignment due to the spindle and carriage weight hanging off the “X” rail causing it to twist? Will my solution be only a temporary one until it twists out of vertical again? Will the connecting of the two “X” rails s noted in other topics be a solutiion to this problem as well?

You should of loose two screws on bottom of X Carriage, which screwed to T-Slot nuts, put some shims between Spindle carriage and X Carriage. That’s what I did. Took me couple times to test until finding proper thickness. 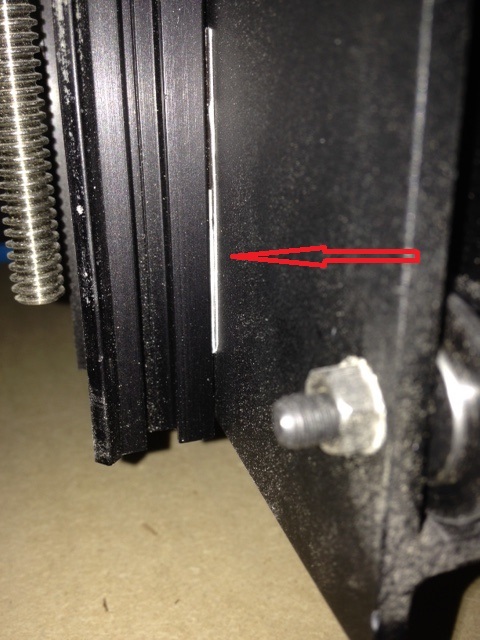 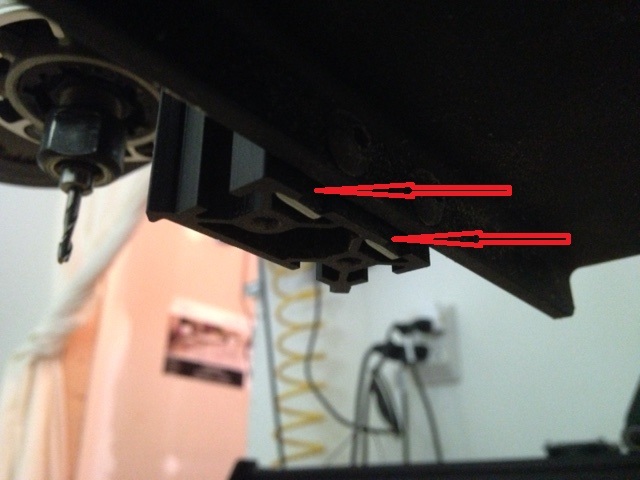 Which Spindle you have, 24V stock Spindle or Dewalt.?

I have the stock spindle. I live in a condo so the noise of a Dewalt would be too much.

I don’t have plans for heavy work with my 500mm unit so provided it is one of the good ones the stock spindle should be OK.

For now yes. Reason I’m asking is, Dewalt is heavier and pulls nose down more. By the way, it takes only one mistake to knock that spindle down. Watch out your depths. If you rush it and dive deep, Stock spindle goes bad on first chatter.

Alan, you must be a fortune teller. I was using Xcarve to skim some thickness of a piece of maple using a 3/4 rabitting bit. Got a bit of chatter and a big BANG. Hit my panic switch and found my spindle carriage had thrown a wheel. Not enough Loctite to overcome this.

Fortunately no damage, reset and running again. Lesson learned: Use a 1/2" instead of 3/4 bit. Cut depth of cut way down from Easels settings for Maple (thes were designed for 1/8" bit, not 3/4".