I’ve been running into some issues lately with my machine not cutting square. It’s undetectable on small parts, but recently when I ran some 40" long panels on my 750x1500mm setup, i noticed about a 1° taper on all sides. My panels were noticeably out of square - in some cases by over a 1/8" on all sides. However all sides were parallel to each other, which suggests to me that i’ve got a “shear-like” alignment issue, most likely on Y.

Any suggestions for correcting the issue?

Since I’m going to do some fine tuning and alignment checks tonight, I decided to make a quick alignment checklist for myself that I thought I would share with the community.

Enjoy! And thanks for any advice you have! 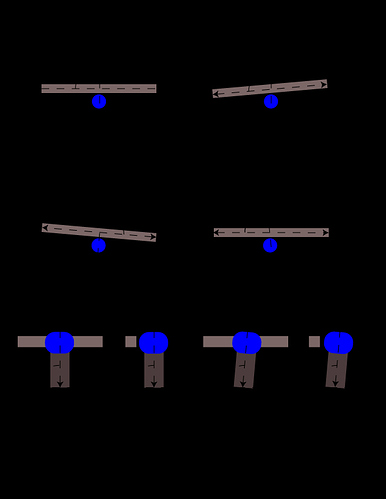 Z square won’t change, it takes to align once. But, X rail will lost square every time you turn your machine on.
Best suggestion for that is bump stop. You can cut piece of thin wood or Plexiglas, Before turning machine on put that piece Y rail ends, pull X rail until touches to that piece on both side, hold it study and turn the machine on. As soon as machine is on, Y axis steppers will lock in position. Than you can run Home zero if you want it.

@AlanDavis if you had a video to demonstrate what it is you’re talking about that would help. I don’t quite understand your explanation.

I don’t have video, but sending picture you can see plastic piece between X axis plate and Y axis end plates. Imagine both side have same length pieces, pulling X rail against to those pieces, holding and turning power on. You are square. I and many other users doing similar every time turning power on. You can not keep X axis complete parallel otherwise. 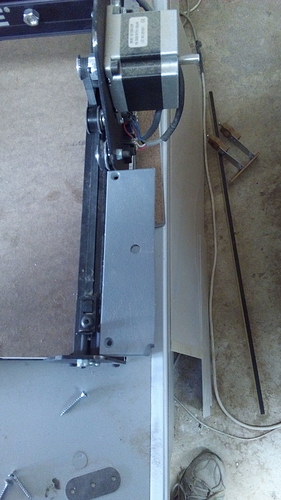 Ah, makes sense. I just built my XC but am still awaiting the controller to ship. I noticed that the gantry doesn’t appear to be square to the overall frame and wondered if that would be an issue. My wife ordered me the sideboard to go along with it, but I won’t be using that. The sideboard came with two short aluminum extrusions that are identical in length. I think these will work just fine for this purpose.

Yeah i understand that. I simply included Z in this checklist/infograph so that you can check it if you’re running into problems.

I think I have both an X and Y issue. All sides appear to be parallel to the other (no measurable difference in width between parallel edges), and each edge individually is the exact same length (both parts are flush in the corners). The parts line up when stacked together facing the same direction, but they don’t when you flip them over like shown in the illustration I made below.

Pretty sure the main problem is a small Y axis slant in my setup. Once I fix that I just need to follow your “bump stop” routine to keep the X axis square to Y. 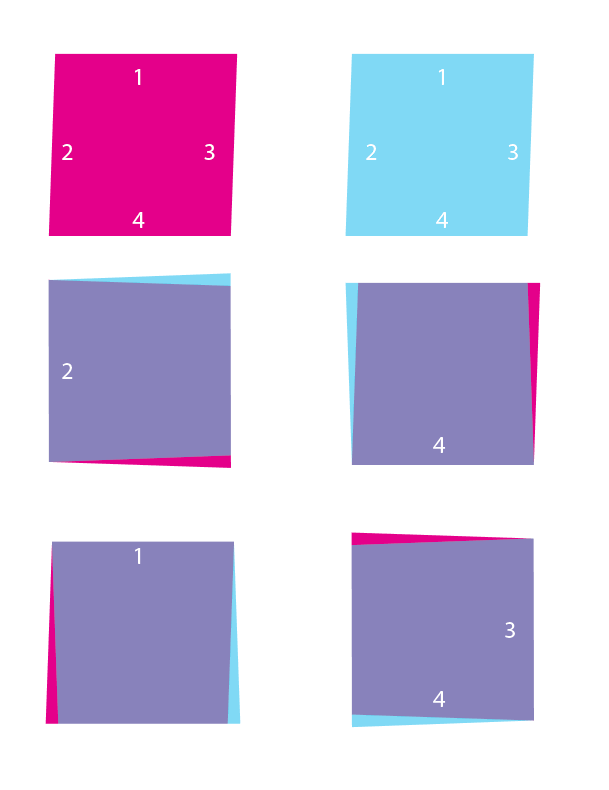