I posted this on The RPF but figured I would share it with you guys as well. While it’s not a model made with the X-Carve, I am rather proud of it:

I found a Star Wars Thermal Detonator ornament on Thingiverse by AprilStorm (http://www.thingiverse.com/thing:185165). After sizing it up to 130%, I printed it on my XYZ Da Vinci 3D printer. 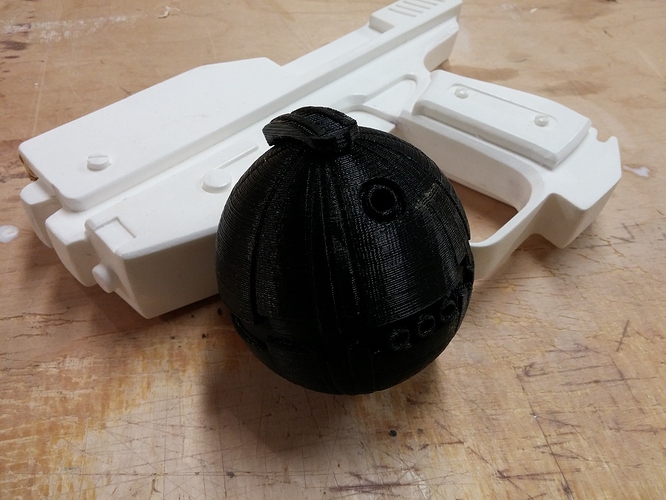 Several coats of automotive primer along with vigorous sanding yielded a nice smooth surface. I applied a grey gloss coat and then several coats of acrylic from my airbrush starting with gunmetal, then to silver, and copper for the accents. Finally, a little bit of weathering with some watered down black. 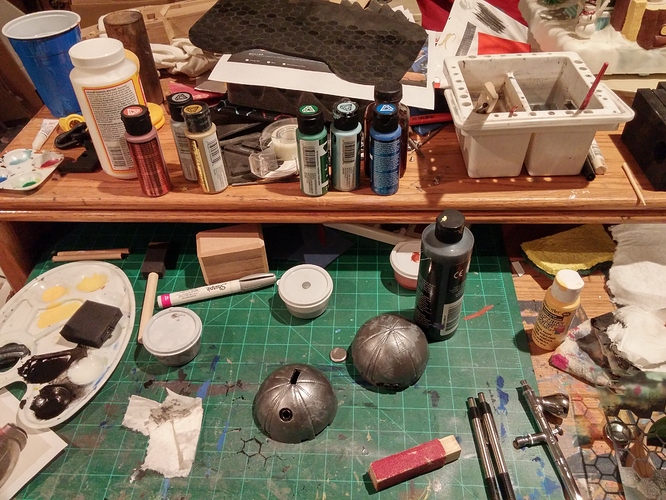 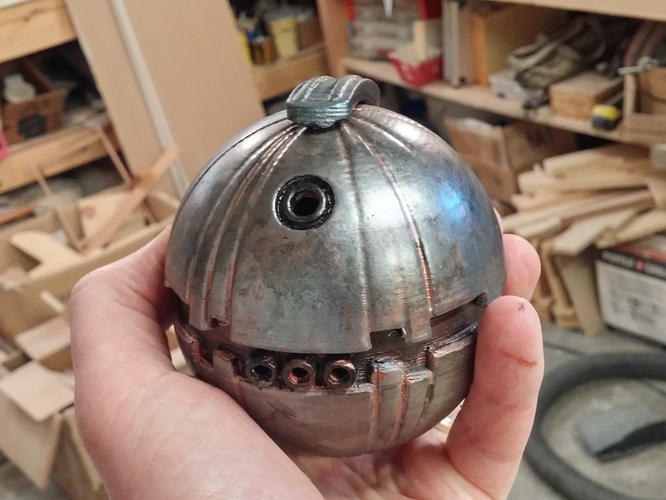 I wanted to take it one step further, so I decided to light it. I used an Adafruit Trinket and four Neopixel LEDs along with a push button to allow different animated light sequences. 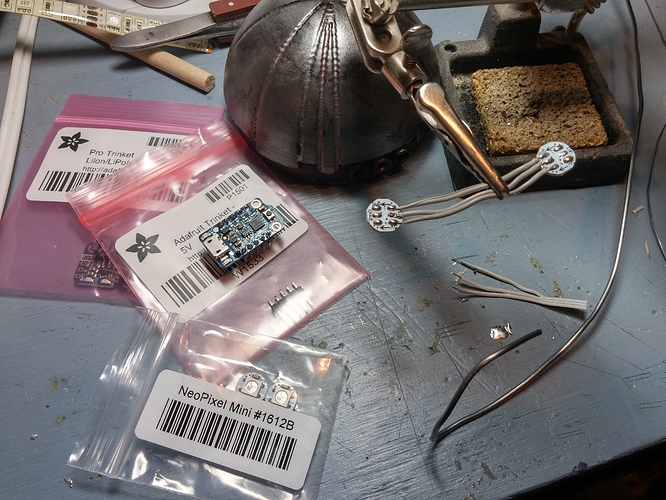 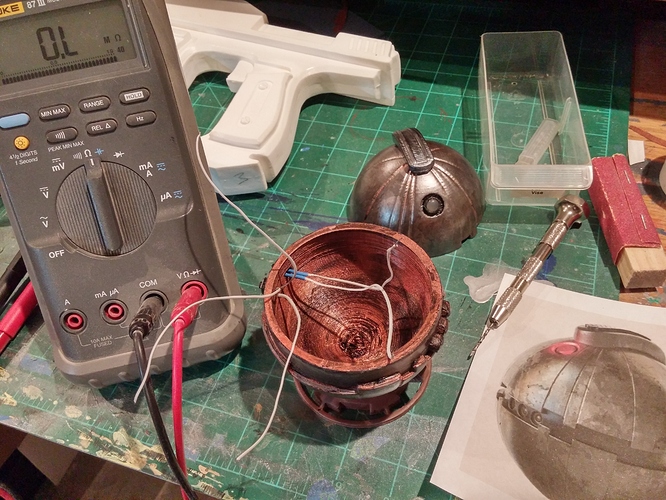 Here’s a video of the light animation.

Very cool. Look into that amplifier board they make and put a speaker in it…

I’ve thought about it! There are plenty of articles over at Adafruit that describe how to do it. However, I’m afraid I don’t have time at the moment as I’m preparing for Queen City Comicon.

You should take that on the Adafruit Show and Tell stream Wednesday! https://plus.google.com/events/cbopvuimn1988rq8i9bc350tbnc

For those that don’t know. Every Wednesday Limor Fried and Phillip Torrone from Adafruit host a live stream hangout on youtube where people show off the things they are making or have made. The projects can be anything…don’t even have to be Adafruit related. You can see past streams on their youtube channel. It’s pretty cool to watch.

Wow that’s super cool! I didn’t know about that - thanks for sharing! I’ll give it a shot.

Awesome as usual! Just carve a cool base for it to sit into and you won’t have anything to apologize for. The spherical bowl grayscale gradient is a good exercise. Love the RPF. I’ve been watching a lot of the Predator franchise movies lately. Hmmm…

Hey thanks for the recommendation – I was just on the show! Here’s the video (I was super nervous!)

Excellent Sean. You did well man. What a great project to showcase.

I watched the archived version. It was a good stream. I felt so bad for that kid looking for help. We’ve all been there.

BTW…if you check out the Ask An Engineer stream they record later, they do a sort of short review of the Show And Tell participants. You’re probably mentioned there as well (I’ve not watched it yet).

Yeah, that kid was amazing – great to see someone so young hacking away at electronics. I didn’t know about the other stream, I’ll check it out!

Cool prop.
I used to wire up 555 timers and logic for flashing lights. Now you can do it with a chip the same size and get a variety of stuff going on. I perfer the ATtiny85 for most of my small projects.