Hey guys, while I’ve been using my X-Carve for a while now with great success, I’m starting to run into an issue that has cropped up a few times now and seems to be getting worse. I’m cutting coasters, which are squares with rounded corners, the outline being cut with an 1/8" bit and the 611 spindle. Speed was 50in/min @ 0.05/pass.

As you can see in the photos, there is a stepping happening as the bit moves through each pass. Also, you can see in the first photo that at the point where the z-axis lowers by its depth per pass amount, and then continues its next pass, it is leaving behind a bump where it’s either not cutting the material, or has cut too much material behind it and is then adjusting slightly in the Y before continuing. As can be seen in the last photo, not all sides are equally as stepped, the back side (parallel to the side in first photo) has a much cleaner cut.

Adjustments I’ve made to the machine include squaring the frame, bolts through x-axis for stiffening, v-wheel tightness check (though I didn’t before this particular carve), belt tightening, z-axis squaring (x and y direction using a plastic shim for for/aft) and surfaced wasteboard with 3/4" bit. I also increased voltage to the pots on the gShield 1/4 turn.

Any thoughts or suggestions on the culprit are greatly appreciated. 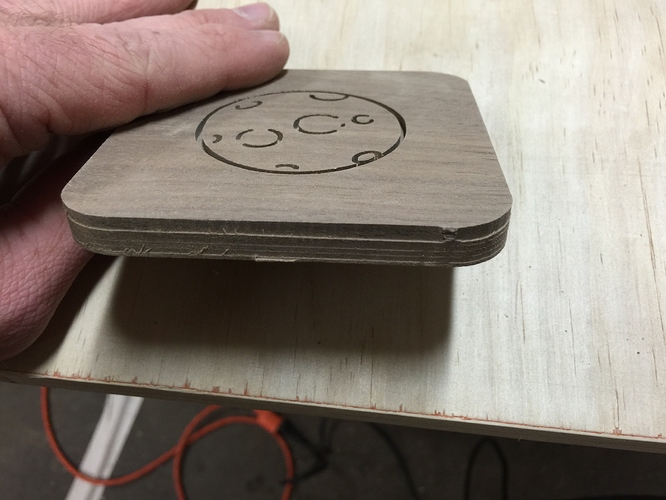 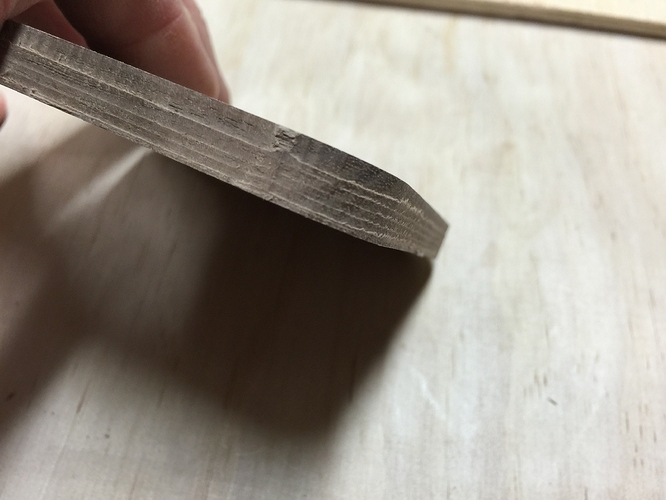 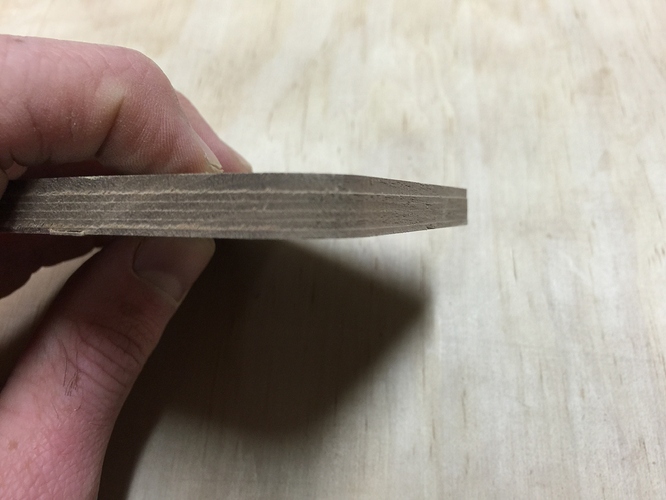 Just looking at the picture I would have said it looks like it missed a step. Do the perpendicular sides show the same step? How about the other parallel side?

But since you have adjusted the pots and the belts and your feedrate and DOC seem very conservative for the 611 and it was carving fine before I am not sure. Is it possible you have worn out your 1/8 bit? How many hours has it been cutting? If it gets dull it can start dragging which may cause a lost step when moving against the grain.

Mine look like this too for awhile. Mine was a combo of poor spindle mounting, X-Gantry slightly out of square and my X-axis motor pulley slipping on the motor shaft.

Can you define poor spindle mounting? As in the spindle was moving during a carve?

I had shimmed my Makita to fit the DeWalt mount and my shim just wasn’t thick enough to get a good clamping force on it. That’s it, I’m still waiting for Inventables to release a 65mm mount for VFD spindles and the Makita, one can dream.

Was this just a brief statement, or did you only turn them 1/4 turn thinking, eh good enough.
You may have to turn them more or less depending on your machine…

Once you get the missing steps resolved, another popular CAM step is to perform a pencil line finish.
But in order for this to work, you have to perform a full DOC, and remove additional stock. Easel can’t do this easily (but possible), and is easier in other CAM packages.

Another cause may be milling bit flexing. IMHO 1/8" bits flex a lot. I have much better results with 1/4" bits, especially for finally cut out operations like you have shown.