Not sure what sub group for easel this should go in.

Been tooling around with easel and using Adobe Illustrator to create SVG files of some images I used Photoshop to create. When I import the SVG into easel and then adjust the height I get these funny looking cuts. See how the jet (C17) has these strange borders around it? What causes that and how can I get rid of them? 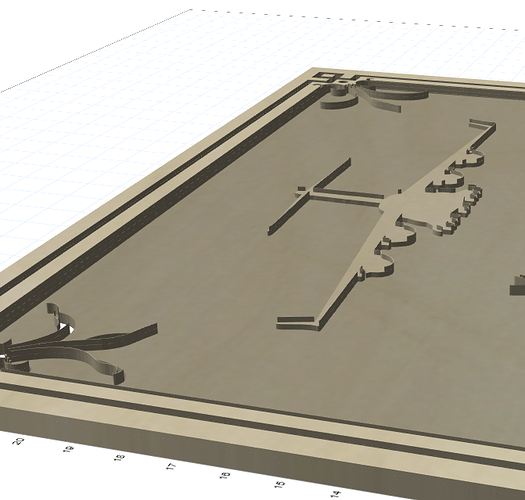 Without seeing the files, I’d guess you have extra paths in your svg.

If extra paths, how do I remove? Using Adobe Illustrator:

Image Trace
Make and Expand
Save as SVG

Can you share the Easel file as well? I’ll be at a computer shortly.

Thanks. I did not modify everything. Basically looking to have the jet, the logo, the lettering and the frame raised.

There are a couple of stacked vectors in your SVG. Basically there are two jets, not quite lined up. I removed the fill, added a stroke width to everything, clicked on the path that made the jet, delete, and there was another one there. It wasn’t just the jet, so it was a complicated thing to work with in Easel. Here’s a project with the extra “layer” removed. 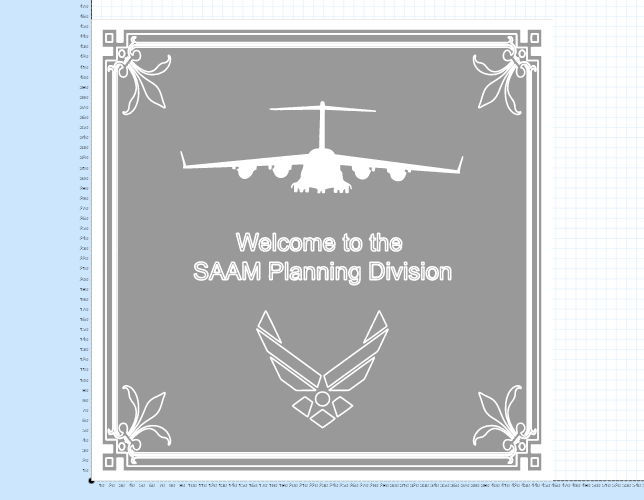 Thanks! Did you do all of this in easel or something else?

Everything I did to the SVG was in inkscape. I added a “workpiece” to the shared Easel file, so you can sort of see the process when i imported the new SVG. In Easel, I just selected the vectors and set a cut depth of zero, drew a rectangle, sized it, set it at the origin, and “sent it to back”.