So, my wife wants to start doing string art. She tells me that you dont just hammer the nails in, you pre drill the holes (partially) to ensure they are straight - then you put the nails in. So right away I start thinking - how can I do this on my X-Carve?

I can import a line drawing of whatever object she wants to string art up, then make tiny circles in Easel and line them up on the art… But what of there was a string art app?!

What I see is an app that would allow you to import some clipart, determine the circle size (dependent on the size of the nails you’ll be using), and circle count. The circles would be evenly distributed on the lines of the clipart. Then, once all the circles are imported into your work space, you would have the freedom to move them around if you’d like - incase you dont want evenly spaced nails.

So, what do we think - is it possible?

Does it have to be a drill operation? Also, if using vcarve can you think of a quick way to plot all the circles?

Thanks for the info sir.

I think the workflow can be heavily automated with the right software.

Easel, however is not going to be the place to look.

but in all honestly, could you show us an image of what you are trying to achieve and what a good starting image would look like. I’m sorry I’m not familiar with string art.

It’s possible. I made this using illustrator and drawing 0.05" circles at my node points. Then imported that into Easel and told it my bit was 0.001" using a 30-degree v-bit to make a divot like a center punch. Then I just hammered in the nails, no predrilling. The brass letters were also cut using Easel. This was my first attempt, and I set my depth much deeper than necessary. 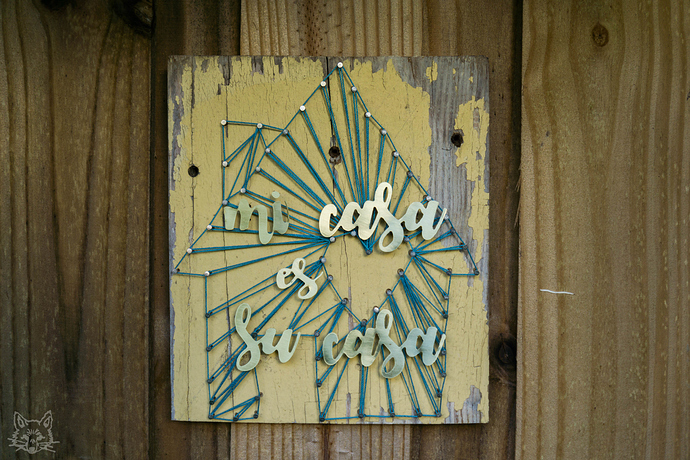 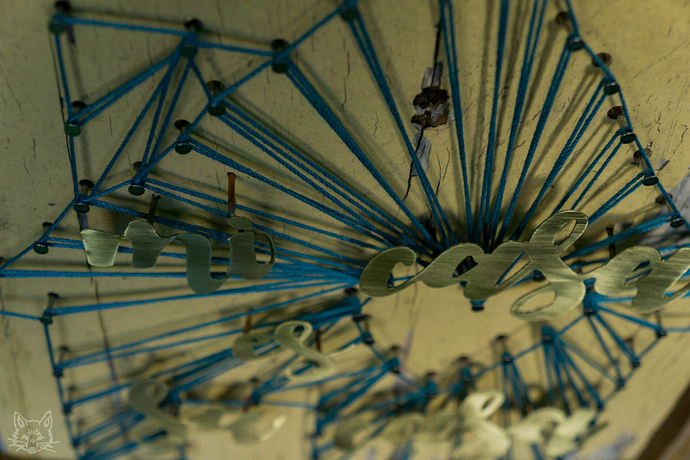 That came out really nice. Adding the letters brought it to a whole new dimension

My guess is that F360 could probably create the file your looking for. As RobertCanning mentioned, there are functions that "place objects along a path. I haven’t used F360 before and this is only a guess.