Just wanted to share quick some of the work I have been doing. Nothing too impressive compared to what some people on here have been doing, but figured it would be fun to show none the less.

I first started off building a pretty straightforward torsion box. That alone was a pretty fun project. I kept the base really simple for now, but will add in some storage down the road. I based it on some examples that I saw online. It could have turned out a touch more level, but all in all it is really close.

The assembly of the X-Carve itself went overall really well. The documentation was great, and as long we I took my time it was smooth sailing. I did run into a fitment issue with the Z-Axis and the Makerslide, but Inventables took care of it. It took my a day to figure out the tuning. The tough part was the belts wanted to slip. I ended up going the zip tie route, and they have been rock solid now.

Pictures of the build: 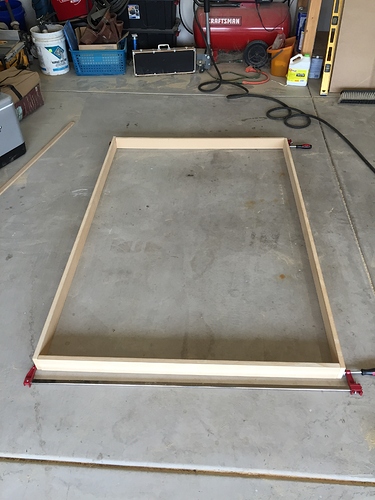 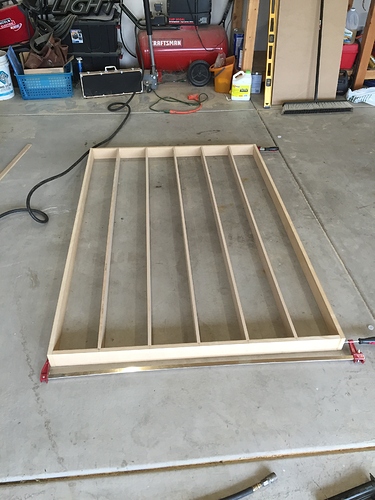 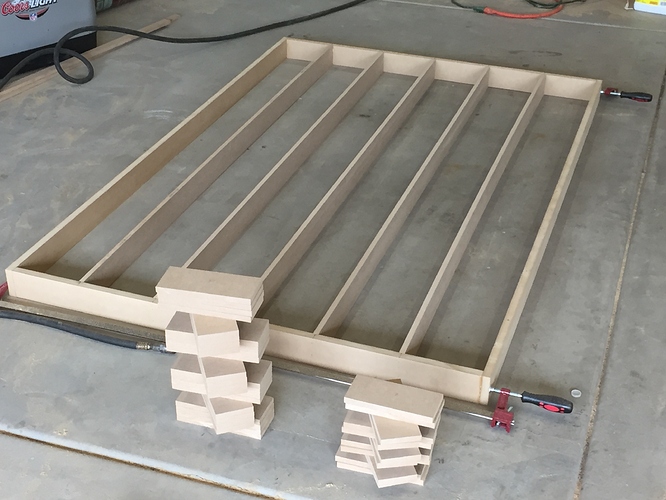 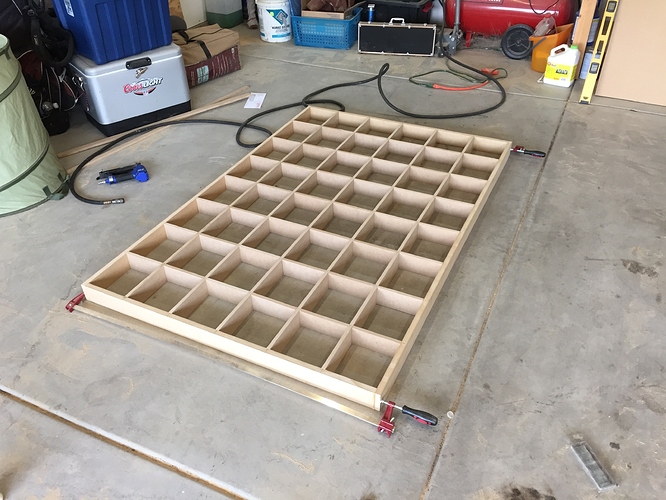 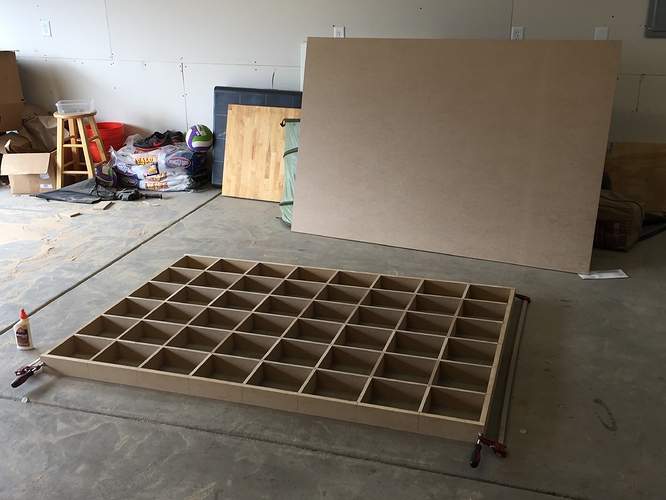 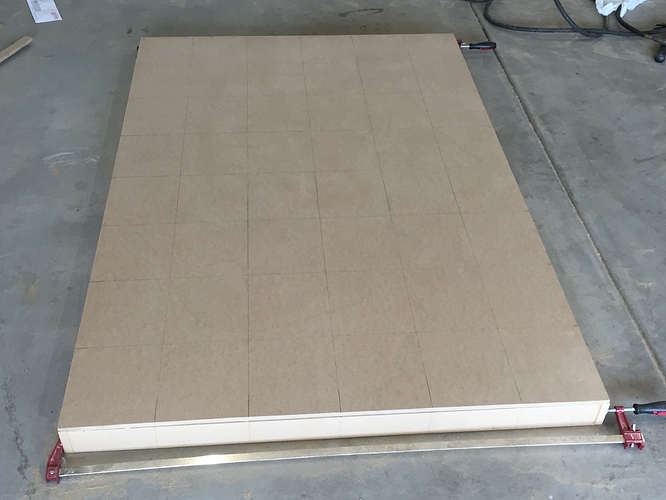 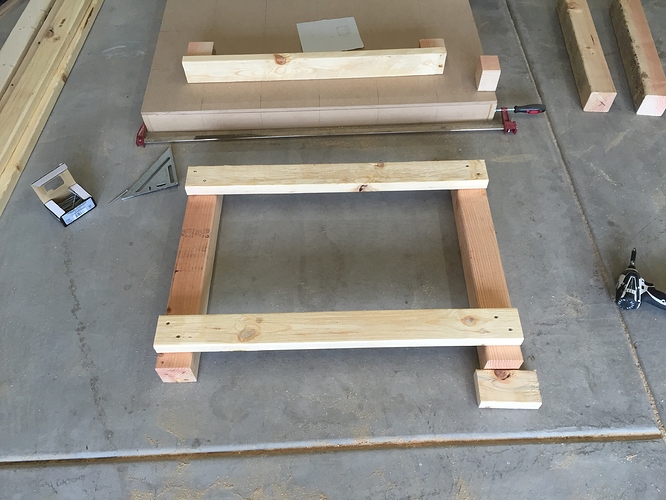 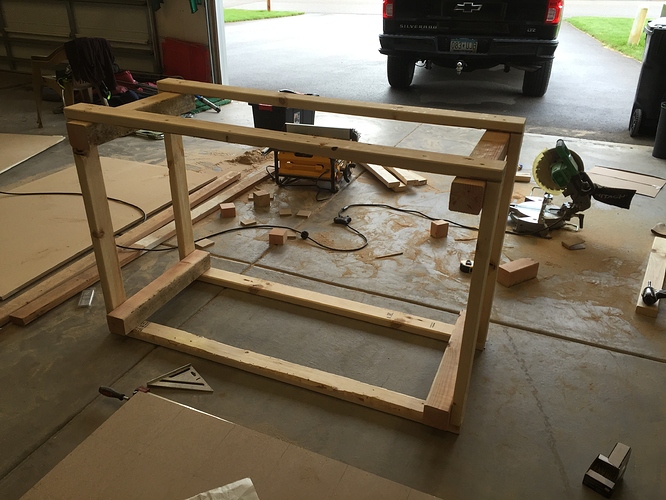 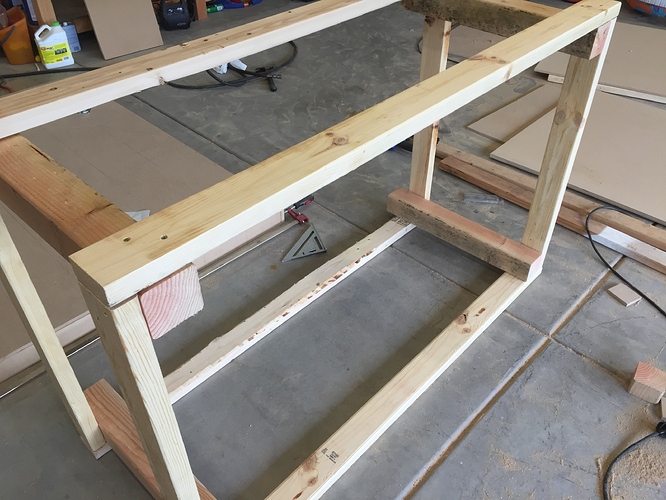 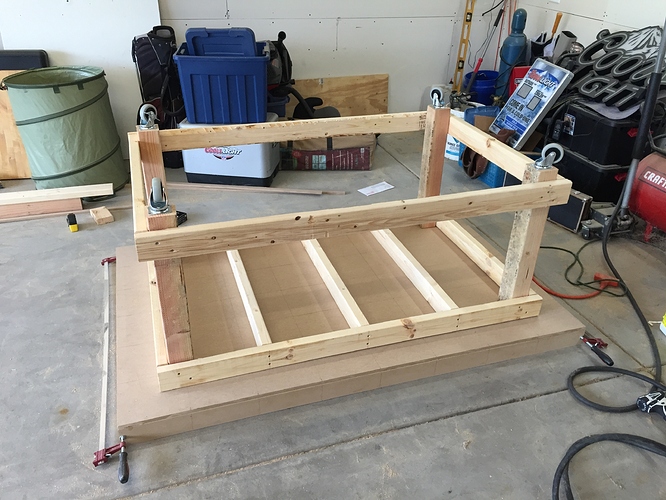 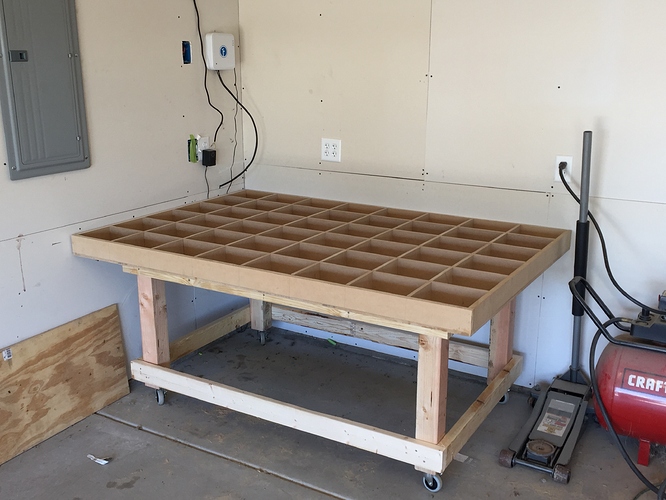 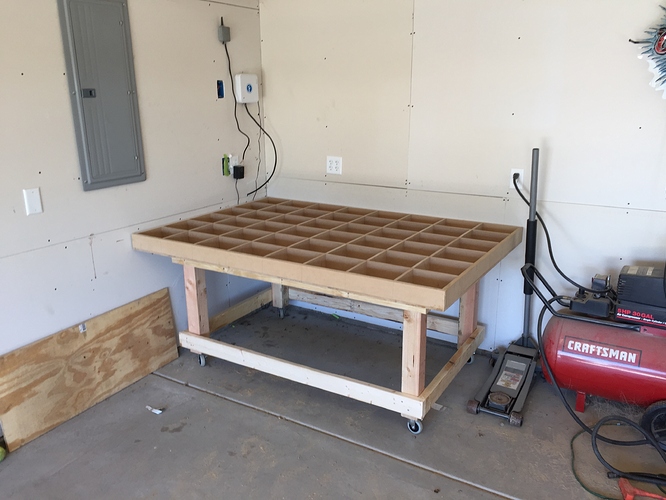 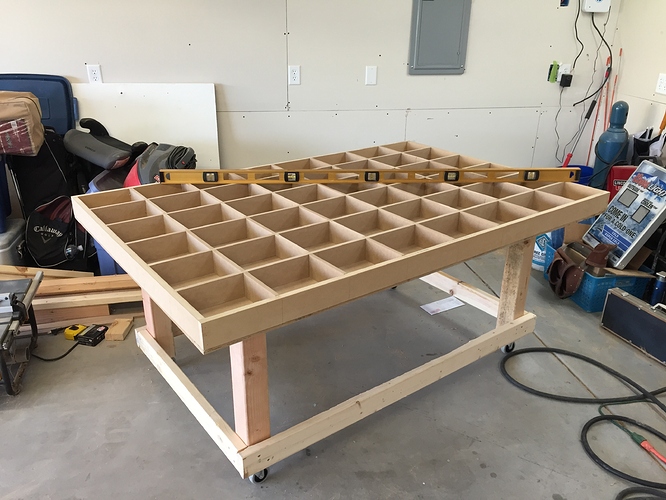 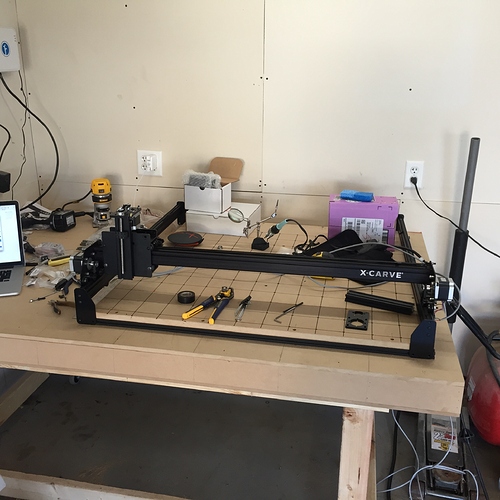 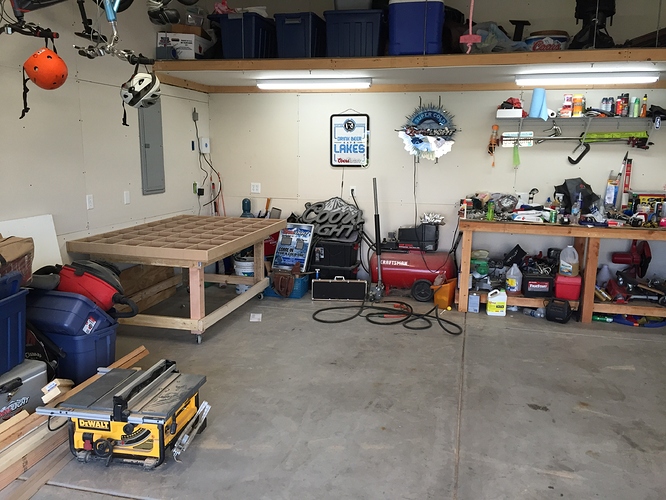 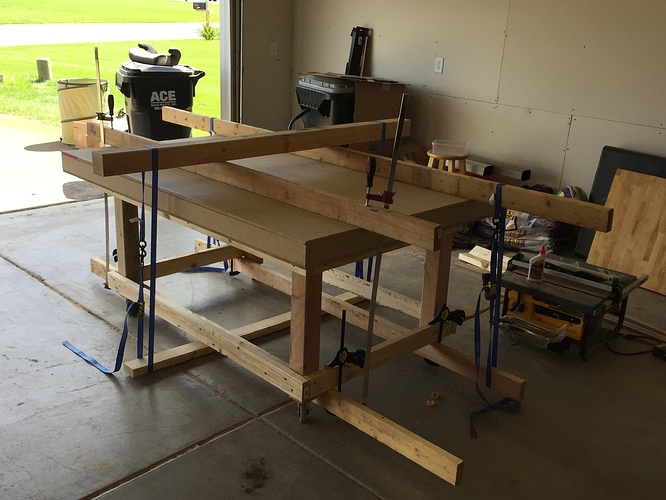 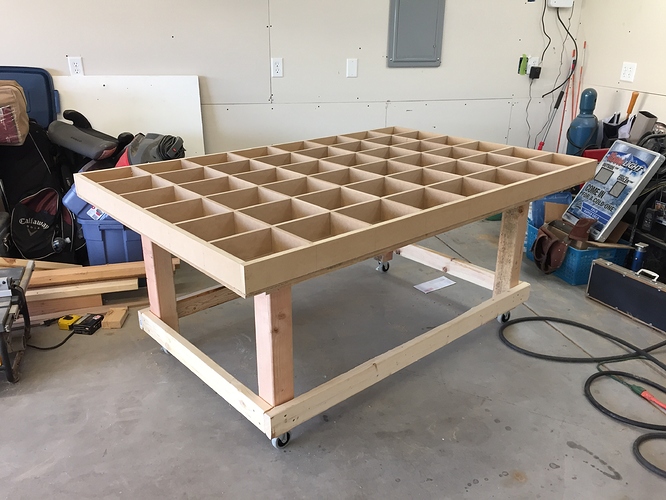 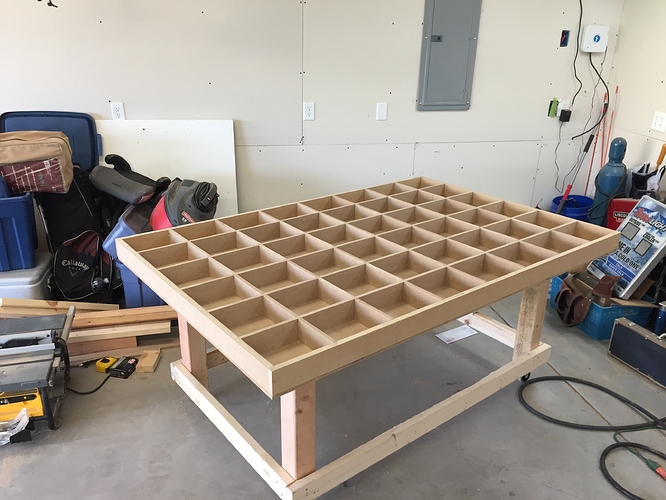 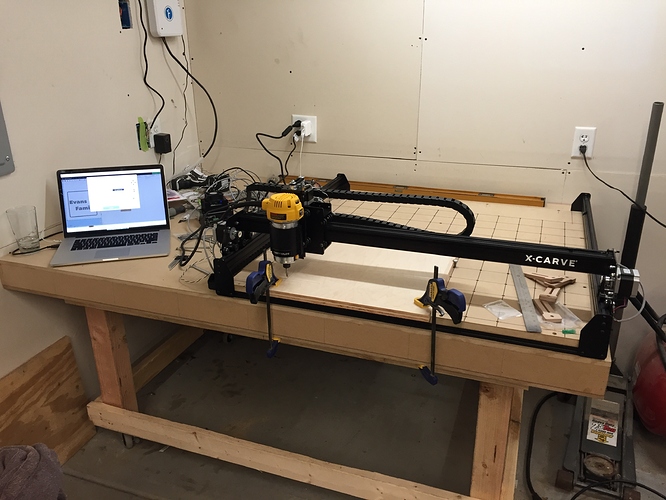 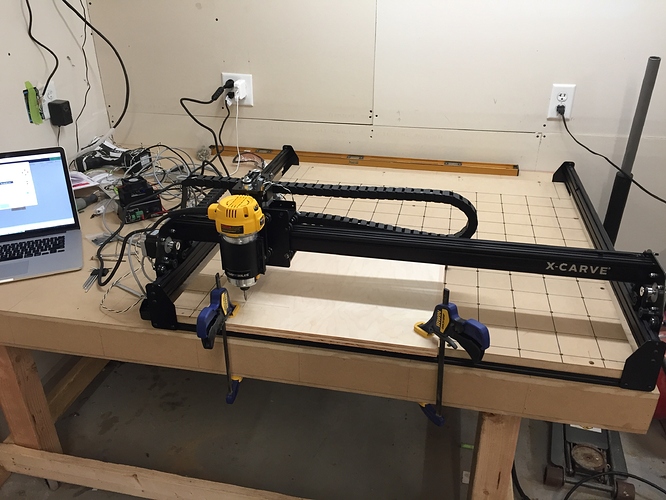 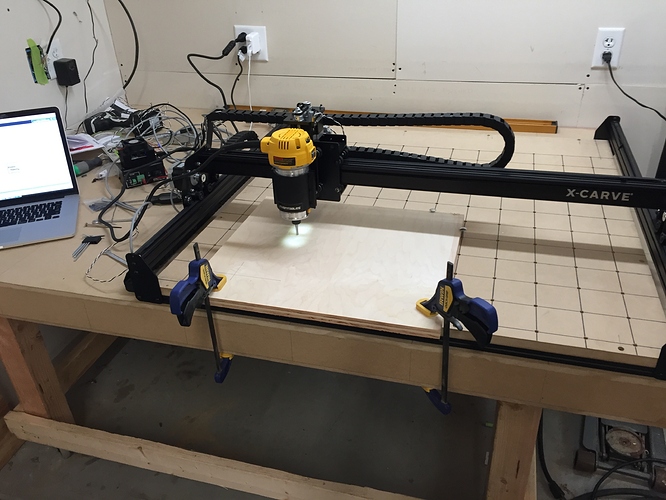 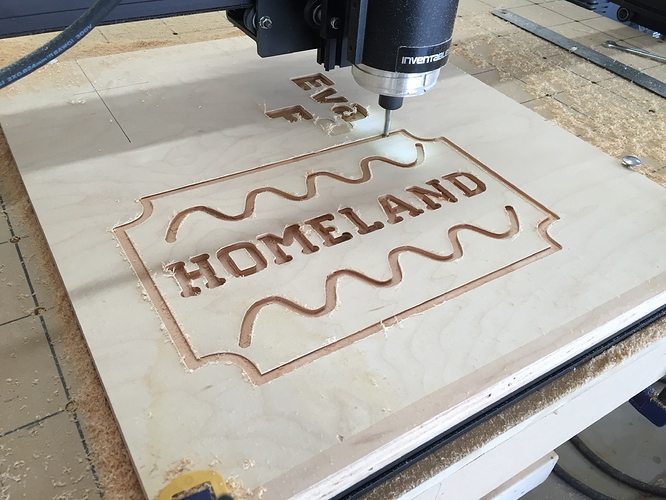 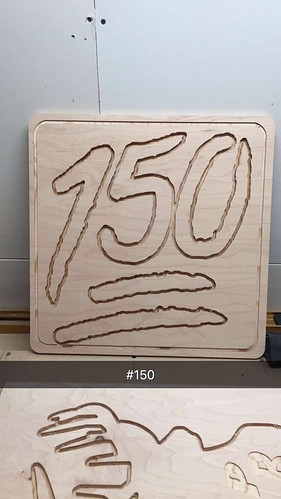 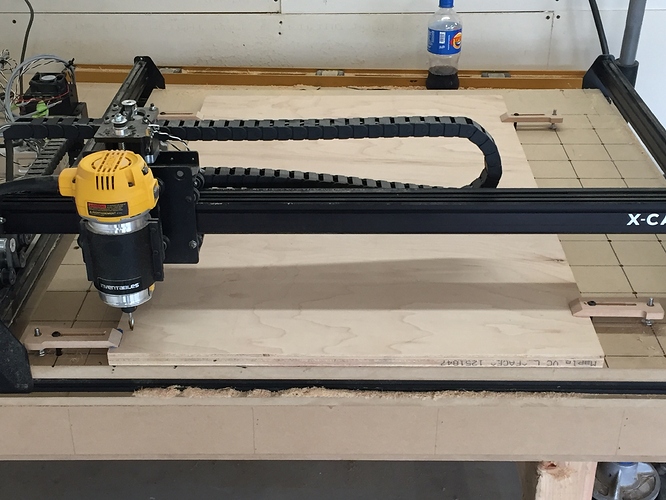 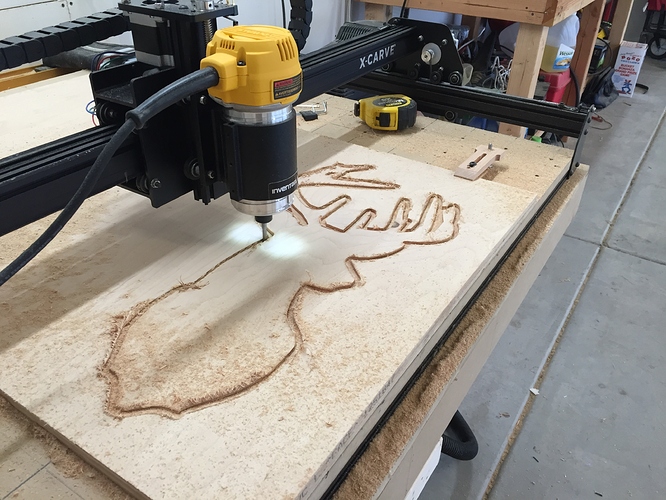 I think it was a blessing in disguise that all the plywood I had on hand had been ripped down to two feet, that meant I could assemble the box halves on my tablesaw, which is much flatter than my garage floor!

Yes, I wish I had that space, as well. I finished my torsion box and now I’m trying to figure out exactly how to hang it from the ceiling. I put a cable hoist in and a pulley that should allow it to be pulled up. Now just working on how to attach the cables to the torsion box and keep them out of the way of the XC. Man, all this thinking is giving me a headache!!!