I have been ask to make a sign for the community garden my wife is part of. They would like it to be 10" x 50"

Any suggestions on how to begin, the 50" is what has me at a loss. I suppose i would need to do it as two carves, but haven’t a clue where to begin.

What software will you be using?

I drew that up in inkscape, I have Vcarve desktop. and easel.

Tiling works, it is best to do a dry test for lining it up I was off a micro bit had to sand way too much to fix it but If I would of set it up better I could of avoided that. I did a 46" x 16" sign with vcarve desktop and tiles.

If you have some drywall or thin plywood around, see if you can practice the tiling by attaching a sharpie to the side of the spindle. May not show if you have .001" accuracy, but it’ll let you know if there’s any kind of gross misalignment. Also saves on material.

Tiling is a special project for me as I’m planning on making boat parts that are larger than either the 31" squarely laid out pieces or the 44" diagonal parts (or I just super-size to a larger footprint). The gist of my tiling procedure is making two bit-sized holes within the reach of the machine’s work area (outside of the part), then reset the work, using the second hole as a zero for the second tile’s work area with another secondary registration hole as needed). The work is then moved along a constant registration edge (i.e. the y-axis rail) until the carve is continued uninterrupted. Whether this constitutes multiple files or a pause/re-zeroing process remains to be seen at this point.

This was a 48 inch sheet metal sign I made with gimp image editor then cut and pasted half the image as a new file then converted to svg and cut with easel. at that time that was how I got around not having software with a tile function. 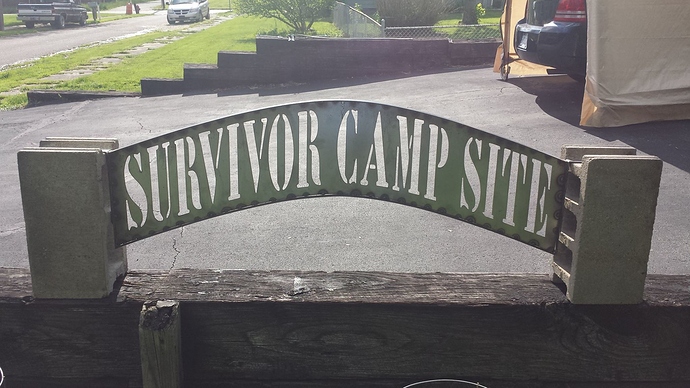 Thanks @AllenMassey for the heads up. I watched the tutorial and seems like the feed thru tiling will work, has anybody tried this.

@PhilJohnson I am not sure how I would use the dowel pins, I was planing on using one piece 50" long and just sliding it through. @RobertCanning did you use a continuos piece? If so how did you lineup where the next point to start was?

That would be great. The support on from this forum is unbelievable. Thanks to everyone for there advice and help.

I agree with Robert that Phil’s guide should be made a sticky. thanks again for all the help, this project has to wait till Monday. I am going jet skiing on the California delta for the next 4 days.

You have a typo - double “to”'s. Would hate for you to make it and then realize it

Another option for tiling is to use one pin and a known edge. I think of this as one axis, where a straight strip/edge guide is attached to the waste board along one rail with a locator pin hole at an arbitrary 0,0. In addition to the part(s) being cut out, tile #1 will contain registration holes at 0,0 and 30,0. Once tile #1 is cut, slide it down pin it at 0,0 and cut tile #2 (which may or may not contain another registration hole at 60, 0, etc.). I may attempt to do a graphical write-up as Phil has so nicely done for us.

This is how I plan on cutting out nested boat parts that exceed either the 31" square or approximately 48" diagonal work surface. Almost all of the boat parts for an 8 foot sailboat are smaller than 31" in one dimension, so I can cut/slide the 96" plywood sheet right on through. Tabs will be most useful for this technique to stabilize the parts. Optimizing the number of parts per 31" x 96" wide sheet of plywood that I can slide through the machine by nesting them will be one challenge. It should also be possible to nest additional parts in the 17" x 96" offcut sheet. Another challenge will be how to tile the full-sized file into 30" sections. It sounds like there might be some software options out there. I’m envisioning using the AutoCAD “trim” function to slice up the 96" file into 30" digestible bites. This will be an interesting project done with cheap luan sheets at first before moving to expensive marine-grade plywood.

So here is what I have so far. Got it done last night and sprayed it with clear coat so i can paint the letters and such. 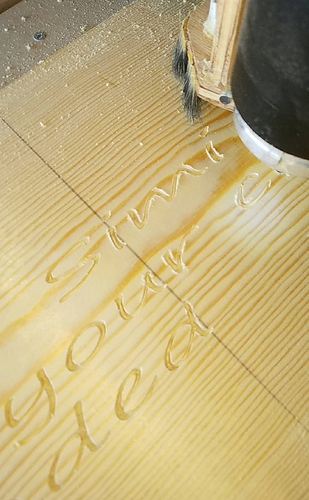 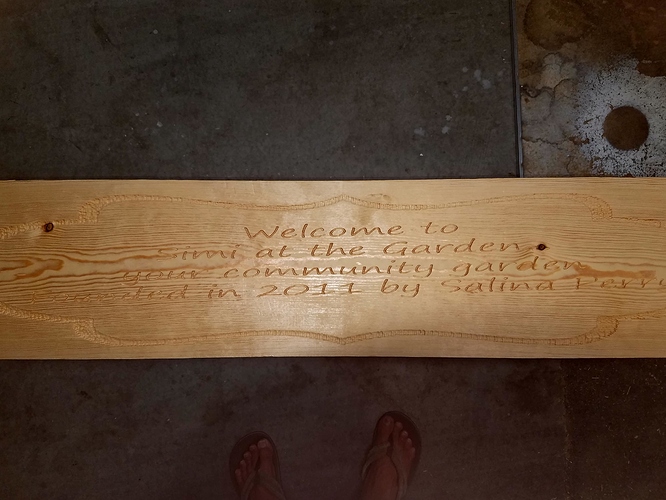 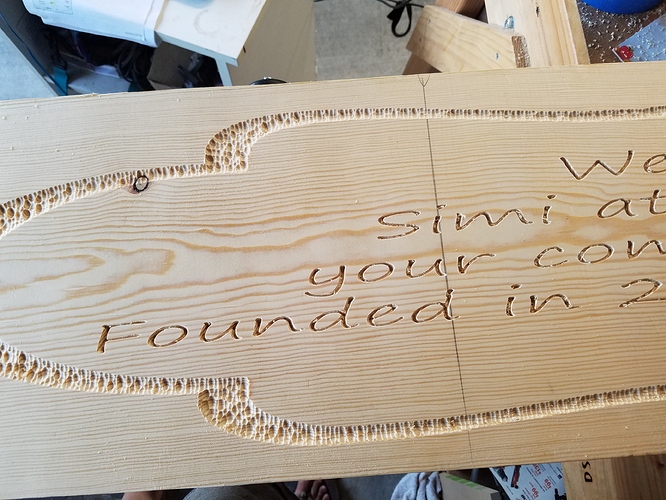 I used the texture tool path in Vcarve for that and 1/4 ball nose bit. I sprayed it last night and again this morning before I left for work, I think if I spray it again when I get home that should be enough. 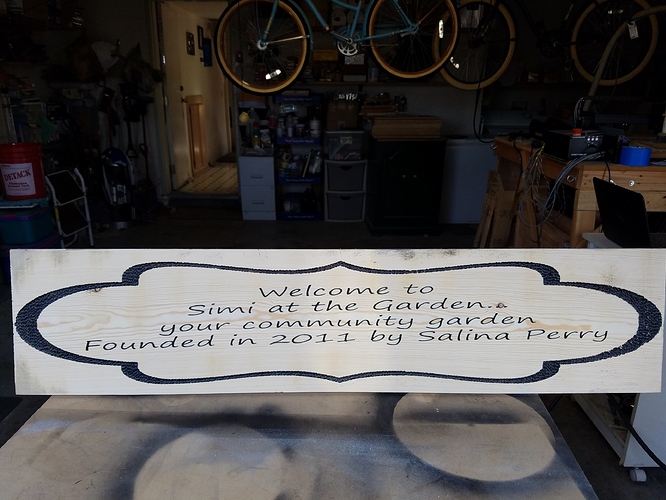 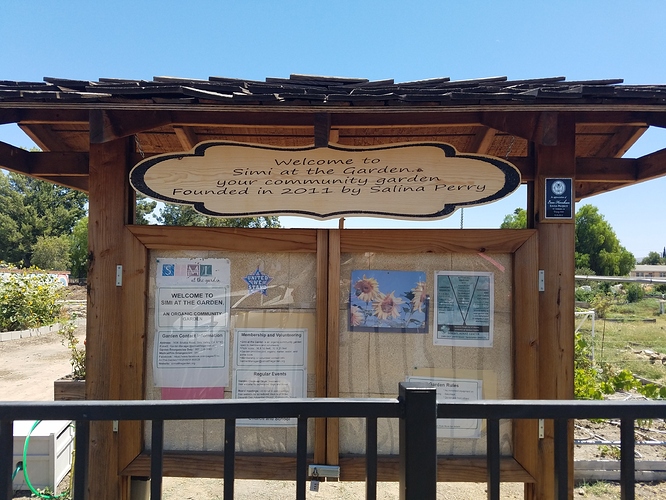