I thought I’d post a couple pictures of my recent t slot conversion on my X carve. My router was originally a Shapeoko2. I added all the upgrades to make it current. Then I added 9mm belts, a cnc4newbies z axis, and risers and Y axis stiffeners. When I converted it to the current iteration, I had extra 2040 extrusion around, so I added them to the mix. These supported a plywood surface than I had inserts in. 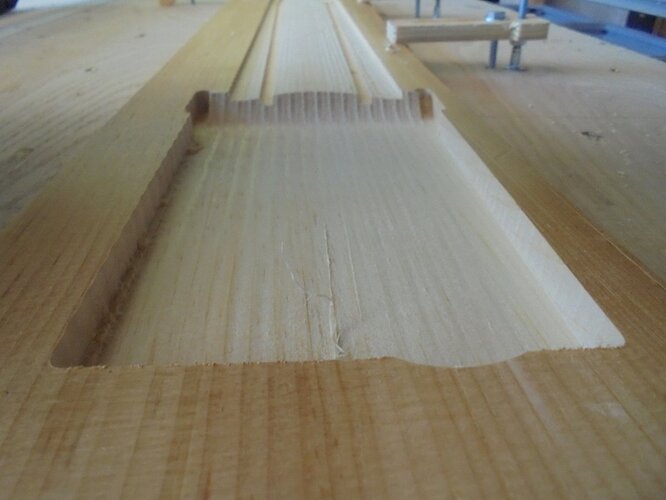 After a couple years of using this arrangement it became apparent that the inserts were too far apart for ease of clamping. I opted to replace the plywood with some WoodRiver T slot channel and some basswood. 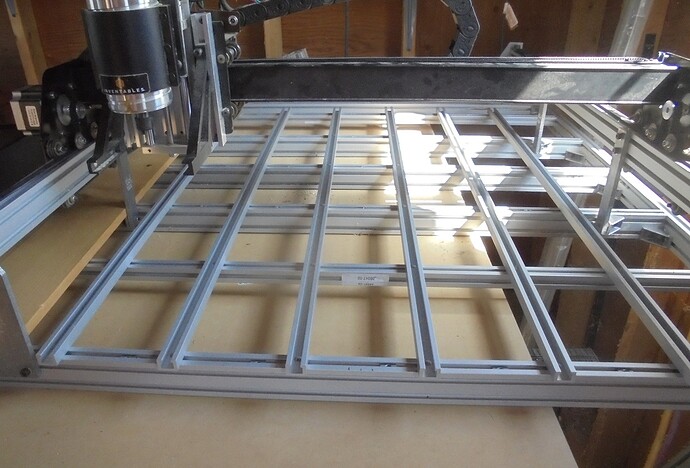 The the tee slot comes with pre drilled mounting holes, so I moved some of the 2040 extrusion to new locations. I also added a couple 2020 extrusions to make sure all T slot channel mounting holes had a bolt and nut. 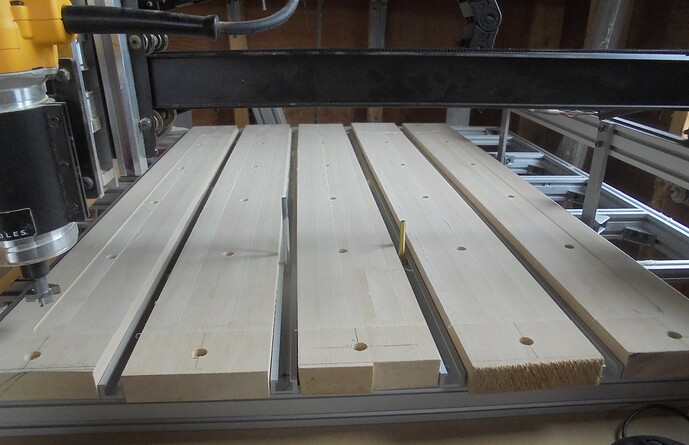 I ended up using m3 bolts and nuts to hold the channel down to the extrusion. I used longer M5 bolts in counterbored holes to attach the basswood.

I ended up buying hardware here and there to keep the cost down. Amazon had nut and screw assortments that were pretty reasonably priced.

You can see a sample bolt and t bolt in the channel. I haven’t tried it out yet as I just got the basswood in there today.

All in all it was a pretty simple changeover. I bought more gussets, bolts, washers, and inserts for the metal work. A basswood board from the lumber yard ran about 20 dollars. I opted for basswood because of the stability. Time will tell whether this will work or not. I can always go to something like MDF if I have to.

This is looking awesome!

Looks very good. I had been wanting to do something like this - your pictures are very helpful. Thanks for posting!

Upgrading my 500m X carve with an aluminum t slot bed. Hopefully this might help anyone considering using the same extrusions. I used two of the Misumi 250mm extrusions cut at the supplier to 500mm lengths. They came with a slight warp to them, but that seems to go away when they are bolted down to a 20x20 extrusion.