Text not in line

Not sure if it is because I run my x carve thru wireless and it’s getting a disconnect at some point and losing its place it the fact I’m using a surface pro or is it some other issue but here is a picture of what’s happening and I’d like to see what you guys think, thanks 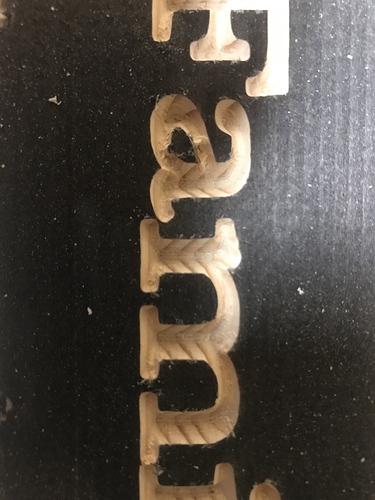 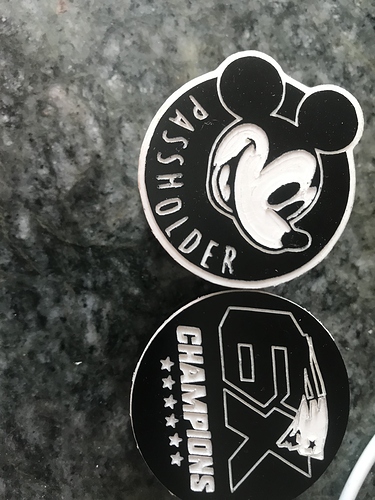 I’m away from my computer but not sure the project is the problem. The first picture is literally single line text when it carved the upper line and came back to that line it was off down the whole sign in different areas.

It looks like you might need to tighten your belts. They might be loose so you’re skipping teeth and the carve is shifting over. See if after you’re carve is done that you’re returning exactly back to your starting point. If not then you’re slipping. Could be a loose belt pulley too. Make sure the set screws are tight, use lock tight!

All belts are new and tight as I just replaced them. I went to carve a oval house sign from pvc and as I was watching the oval cuts it was like it had a step in it and would make the same jog in the oval at every time or passed that point again. I know it’s nothing with the machine itself because like I mentioned I can see the machine making the move and not like a slip or deflection of tooling or material. I’m going to try a different computer then hard wiring if that doesn’t make a difference. Frustrating since I’ve wasted a ton of materials just trying to figure this problem out.

would make the same jog in the oval at every time or passed that point again.

That indicates a design issue.

First pass made was fine second pass came to a point and jogged in at a point that oval isn’t the only time as indicated with the other two pictures on three different projects.

Try an Easel-originated carve to rule out any conversion/CAM-issues going from one software to another.

The oval was drawn in easel