So here is the latest piece from my wood shop.

I have developed a wooden hip roof toolbox that is joined with dovetails and this is the first to have the golden touch of an x-carve on it. All of the engraving and the handle blank were on the XC.
It also has a dovetailed lift out tray inside

I made this for a friend of mine who is A retired army Ranger and strong supporter of our second amendment rights .
There are a few more images on the other end and backside but I did not want to over pic the post. 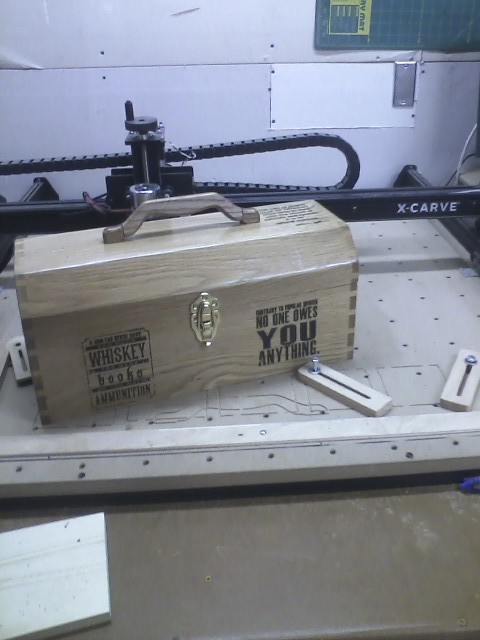 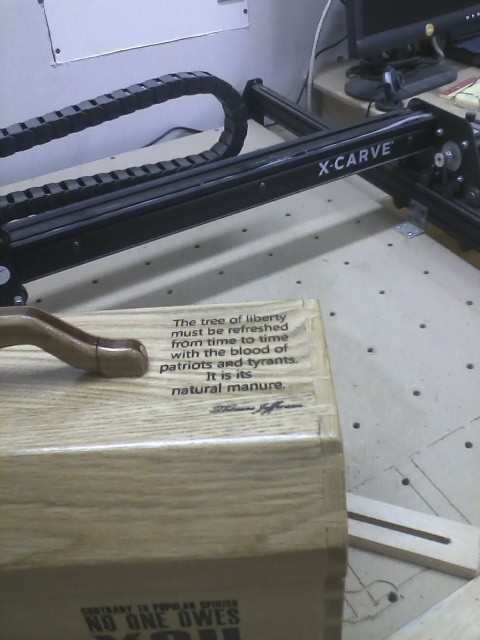 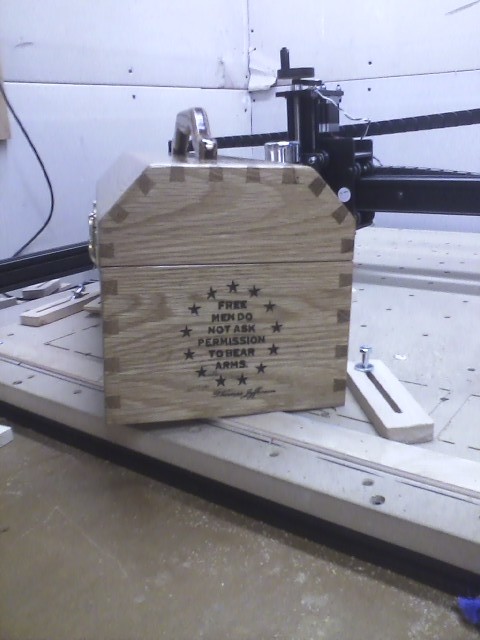 Man, that looks great! Awesome workmanship! If there was any doubt before, it’s gone now…I am out of my league here! lol

What software and bits did you use for such small and precise lettering…particularly that signature on the “tree of liberty” quote?

That looks great. The detail you achieved is impressive and I’m also impressed with the tightness and lack of gaps in your dovetail joints. Well done.

If you don’t mind me asking, did you use black paint to make the lettering stand out? Did you use a sealer first to prevent paint from bleeding into the wood? Can you expand upon that part of your process?

It didnt look like much on the test piece until I took my toothbrush (great tool to use while the machine is running) over it to remove the “fuzzies” then I was really impressed with how it was coming out.

Like I have been selling here on other threads my preferred method for lettering is, engrave, seal the whole piece with shellac, spray paint, sand top surface to remove overspray, shellac the whole piece again to seal the painted engraving, a light block sanding w/ 180 grit and then a final coat of lacquer.

The first coat of shellac seals the grain preventing bleeding of the paint and masks the top surface.
The spray paint is soluble by lacquer thinner so it has no effect on the shellac.

Second coat of shellac seals/fills the surface and protects the painted areas from the final lacquer coat.

The final lacquer coat seals everything up