The Whittlers no longer XCarve

Well, my rebuild is all but finished (aside from step per mm tweaking etc), but I failed terribly at the stage by stage updates…

Here are a couple of pics of it. Oh and I need to make a perspex front for the electronics enclosure. 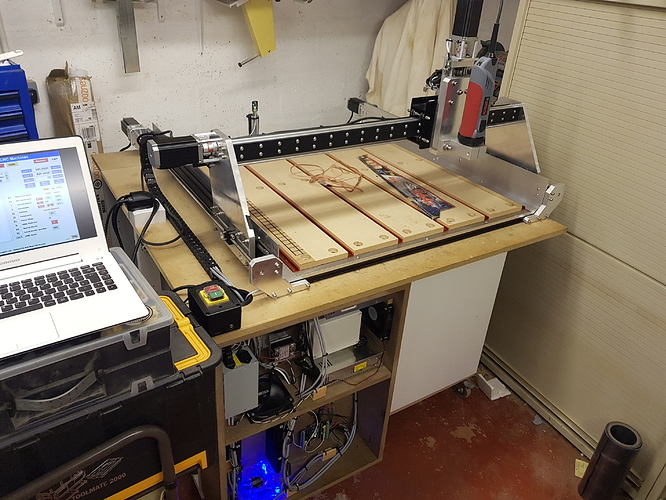 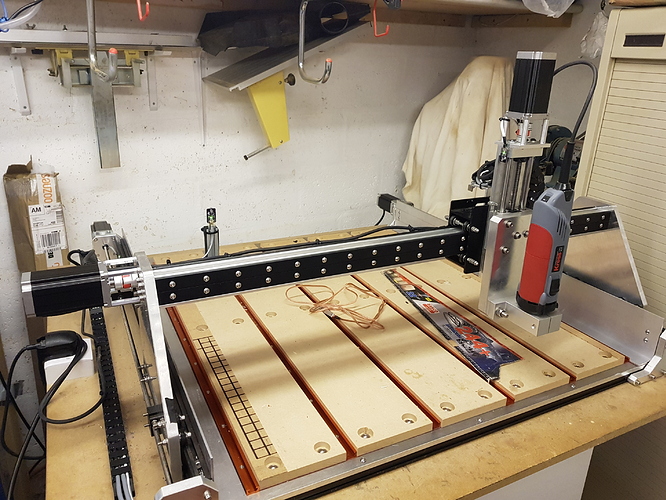 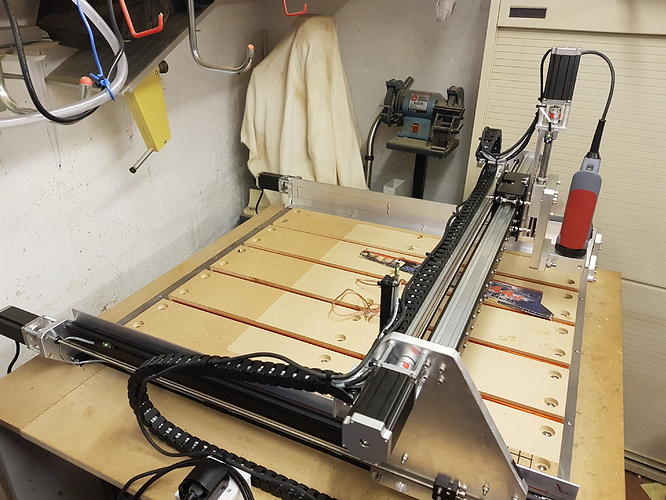 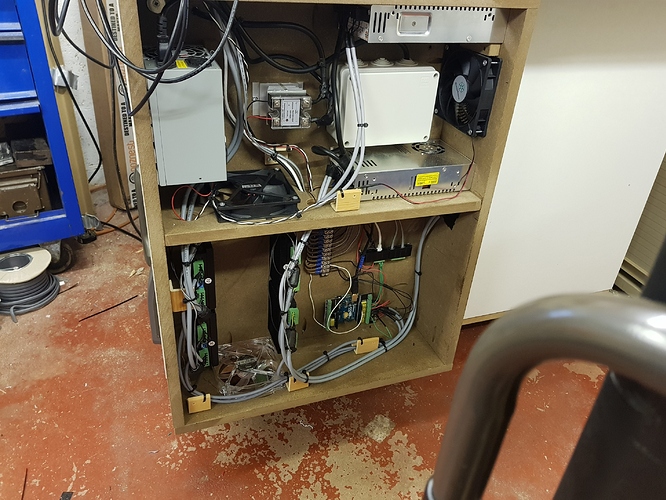 I seem to have a load of text missing here so not sure what happened.

Essentially the only original things left are a few bits of 20x20 under the aluminium base, the X carriage, the Y rails and the Arduino.

I have changed the motors, drivers, drive system, power supply/s and made new X/Y/Z plates out of 15 and 20mm aluminium toolplate. I also added a second piece of 40x40 behind the X rail for added strength/stability and it doubled as somewhere to put the drag chain.
Lastly (at least I think anyway) I have 4 wheels on the top and bottom of the X plates now, although I only have two on the bottom until I receive an order.

With longer X plates, more wheels, and screw drive it’s absolutely rock solid. Once I get everything dialed in I’m looking forward to hogging out some projects

That is amazing!! Great work!

That looks awesome! I want screw drive so bad.

The X and Y plates are 15mm, and the z plate is 20mm. Probably totally overkill, but for some reason 15mm was cheaper than 10mm from my supplier, and I wanted a big chunk for the z as I have around 140mm of z clearance

Well, I’ve been busy with other jobs so I’m still not 100% sorted with this yet.
I tried a vcarve today in oak at 3mm depth per pass, 35mm/s and it went well. Before my rebuild, my machine would have chattered itself to death trying that.
I obviously didn’t press record when I meant to though so I only caught the last minute or so

What are your plans to upgrade the spindle?

Currently I don’t have any. The spindle I’m using is a Kress 1050 fme and it is more than capable of dealing with anything I’ll be doing for the foreseeable. It’s got a good rpm range of of 5000-25000 rpm, and I have various collets for it.

If/when I was to change I would probably be building a whole new machine as well to be honest, but would most likely get a water cooled spindle