Thermal image of the xcarve using the FLIRone for the iphone

Wow, I am impressed! I am surprised by how much heat is being transferred to the X carriage or is that from the Z stepper motor? The Y motors do not seem to putting off much heat.

Now I want an infrared camera.

Wow, that’s pretty cool (or hot, depending on how you look at it). As for the heat transfer, you have to remember the FLIR might only be showing a range of 10 degrees from the purple to the white.

Good point, is there a color code? 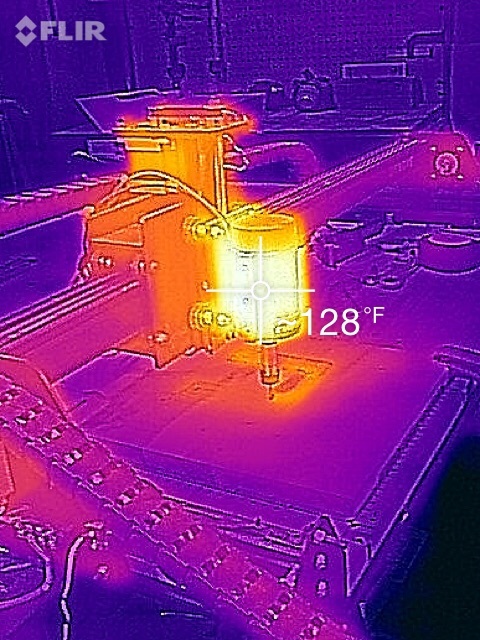 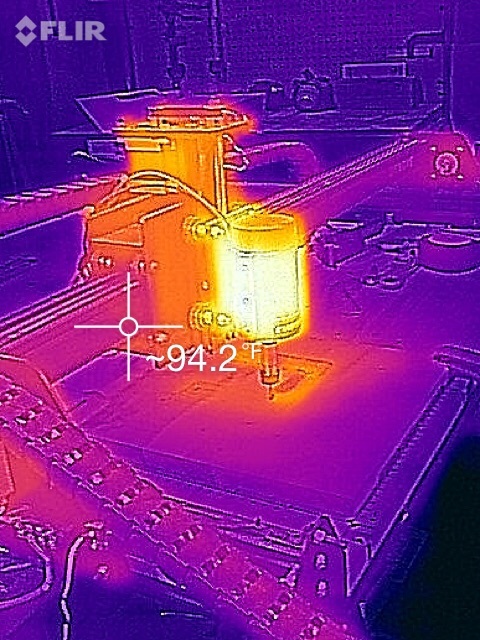 So about 34 degrees difference between white and purple.

Nice, that’s actually not to bad for such a small sensor.

It must have two cameras (thermal and optical) with the images overlayed to make such a detailed image.

not a bad little device!

You are correct sir