Hey guys!! So, I have seen some of y’all do those things where they have the “Big G” and the “Gibson” (I will not mention anyone specifically) but stevemaloney is where I got my inspiration. I did a small one and had some broke letters and I am pretty sure that it was due to the size of the font and the lack of support for the lower case letters. 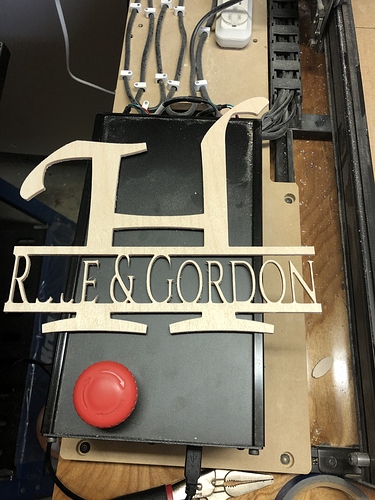 Now, I was scrolling though Steve’s most recent stash of goodness and he had a round one done for Gibson. I thought “This would be cool to try”. So I opened up easel and gave it a shot. 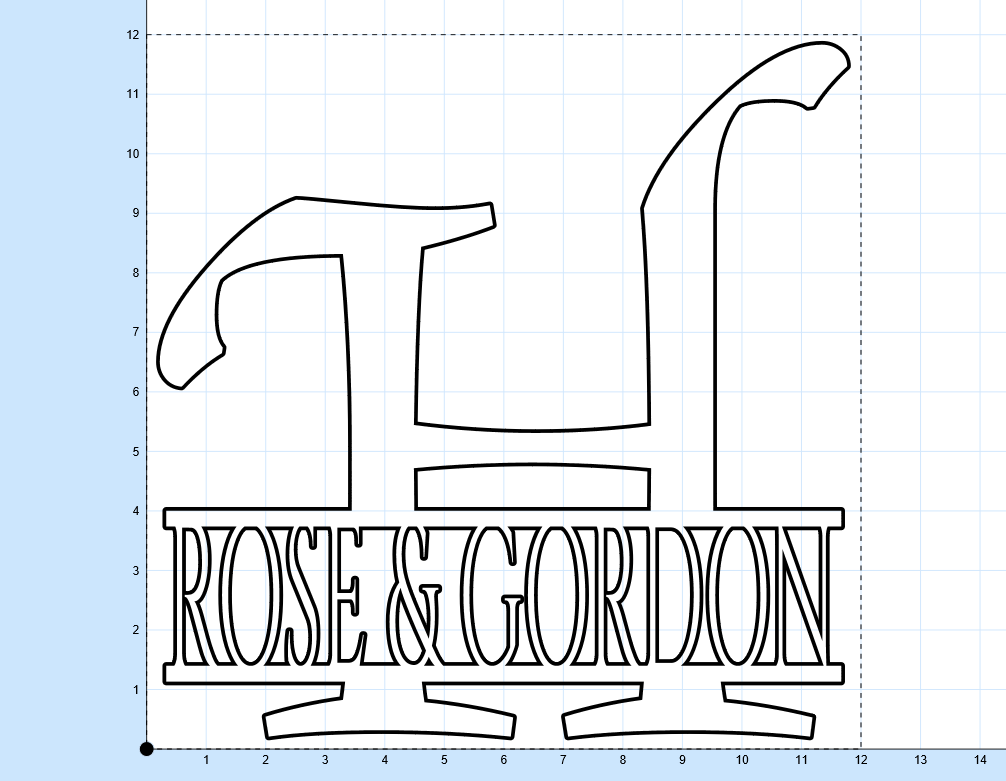 You will notice that I had to make some changes when I realized I got the date wrong lol…but here is my question. On Steve’s design he was able to have a closed inner circle on both sides of the name and on mine I was not able to figure it out. On the first one (the messed up one) I sat there and zoomed in and tried to make a curve as best I could so it didn’t look wrong The second attempt (I have not combined this yet) I thought I would reach out to y’all and see if there was a way in easel to “close” in the inner circle.

Is that about as clear as mud?

Thanks for the assist, Drew

Here is a copy of Steve’s pic that I am referencing. 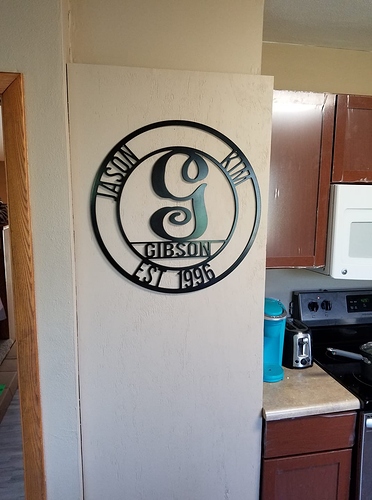 Hope you don’t mind Steve. (If I need to pull it, I will)

Not at all I will start a new thread called Monogram / Door Hanger / Fatten Type. It will give step by step on how to do it. Remember once you set your out line you can control it somewhat on how it cuts by choosing, inside, outside or on path, there will also be a picture on how to fatten type in easel using the offsetter app.

AND I set the letters individually around the radius. For the life of me I cant get the radius app to do what I want it to.

This seems to be a challenge for folks, it was for me as well until i figured it out. Steve

I created the new thread AND the design of the Rose one is awesome? I will use it as inspiration surely at some point in time. Steve

Type this into the search, step by step pictures