So where is this Tiling feature, that is advertised in the latest ad for the Xcarve Pro?
Please tell me that this is available for anyone that is paying for Easel Pro, and there isn’t going to be an Easel Pro for the Pro version…

As this will accelerate my departure from Easel and Inventables.

So where is this Tiling feature

I don’t think they released it yet. You can still tile with Easel, though.

Tiling in Easel is easy and not much different. You can only do it so many ways.

Yep… it is very easy… and I do it often.
But if there was a new “Tiling Feature”, I would love to use that. (or at least see what it can do)

It just generates the toolpaths for the separate tiles individually and previews just that portion.

Awesome… thank you… that is pretty sweet

Hi Earl - the tiling feature will be available to those with Easel Pro. We will release these features as soon as they’re available. We project that it will be no later than when we start shipping X-Carve Pros to customers (which is April 2021.)

The automatic tiling feature is nice, but it is not particularly hard to do manually (not like the machine “tiles” for you, it mostly just splitting up the job into separate operations for each tile). This is pretty easy to set up in Easel (without the tiling feature) or V-Carve Pro (has a tiling feature similar to the one that will be in easel).

Can someone explain it for those of us that have not used ‘tiling’ within Easel currently but would like to try it? My wife is begging me to try a project that we’re wanting to make with the NEW tiling feature that was advertised with the new Pro model. Thanks in advance

How big is your project?
I can maybe help you through manually tiling. it isn’t overly difficult.

@SeanGrace I do tiling quite often. Here is a playlist of a few videos where I explain tiling and how to do it
https://www.youtube.com/playlist?list=PLWUBjmT-017BwZP94NT96It7R2TzFQ_dS

Thanks @PhillipLunsford! I will take a look and see what I can learn from them.

I haven’t actually created the design file yet, I’m looking at carving WELCOME letters in 5’ and 6’ long solid planks.

Here is my Easel-take on such a project: 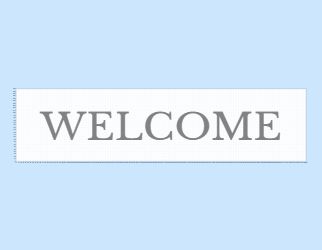 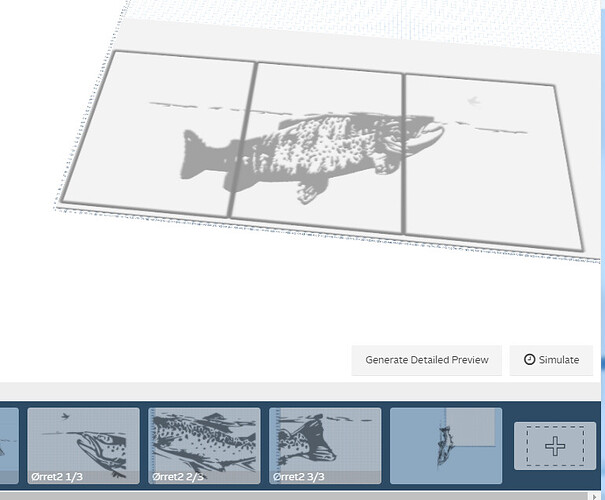 The longest work piece I have made was done in 6 segments to complete a whole, piece being about 2050mm long. It was also a two stage carve, using straight bit for openings and ball bit for surface contouring. Here I used dowels as my tiling reference. 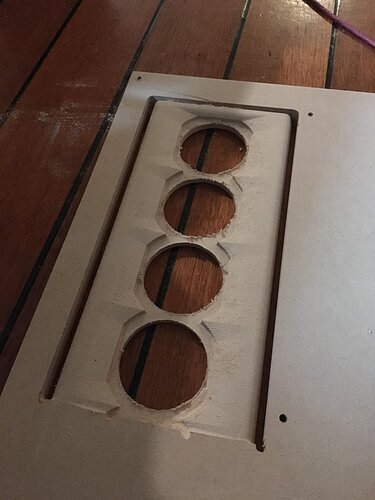 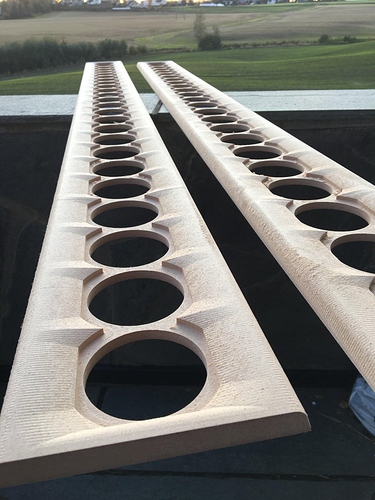 @SeanGrace ok here is one that may help. This is six feet long. 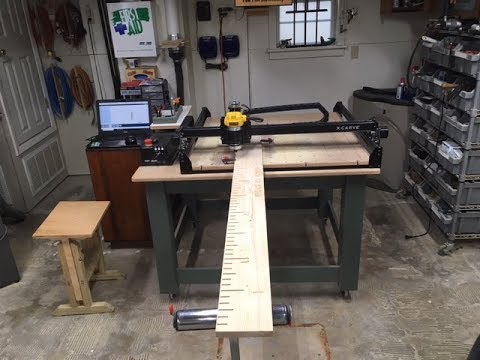 @PhillipLunsford I watched this video and took this advice and was able to create what I was wanting. 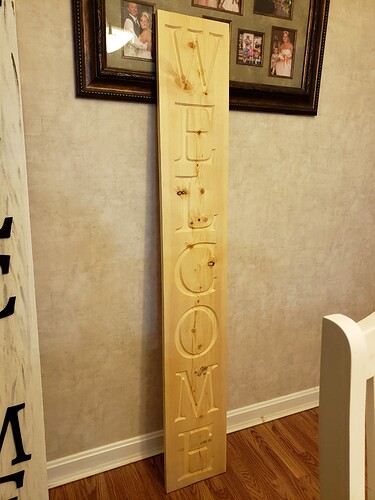 Thanks I appreciate your input.

Easel Pro has a new tiling feature that will make tiling much easier. Can anyone tell me how to change the number of tiles in the project? For instance, I have a project that is 60" long, using the tiling feature it breaks the project into 6 tiles. Can I change it to make it 3 tiles?