Tip for dealing with eccentric nuts

So I have been frustrated with the design of the eccentric nuts since I put my machine together, I was unable to keep the nuts tight and it was very difficult to adjust the tension on the wheels. Recently I decided to find a different solution and this is what I came up with.

I ordered from Inventables 10) low profile eccentric washers meant for the Carvey machine and pulled out the CA glue.

I had to disassemble my machine to complete this but I believe it was worth the effort.

I reused all of the original screws and washers in each location there is a eccentric nut so that the spacing would stay the same. I removed the screw and wheel at each location. I then superglued the new eccentric washer to the head of the screw in order to keep it rigid. When I reinstalled, I flipped the screw around to the opposite side and reinstalled with a washer & locknut. 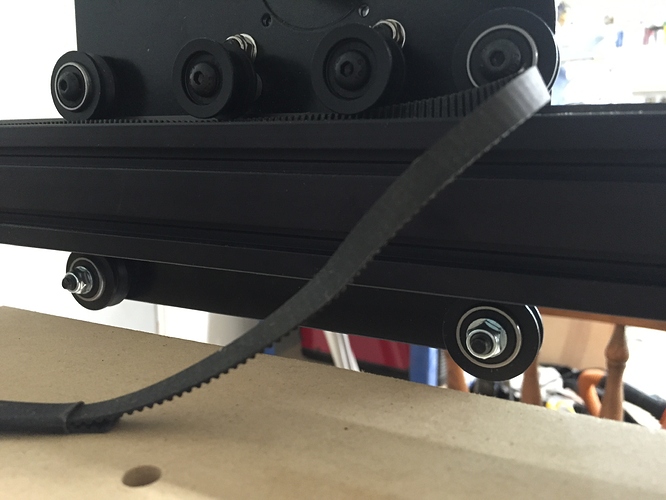 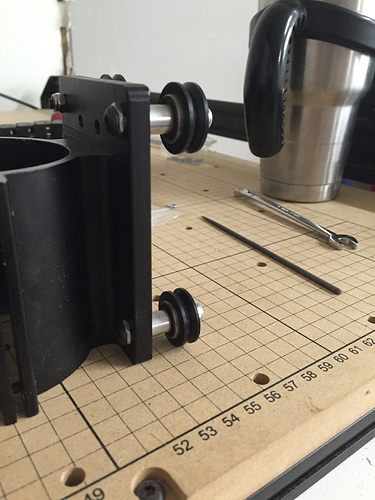 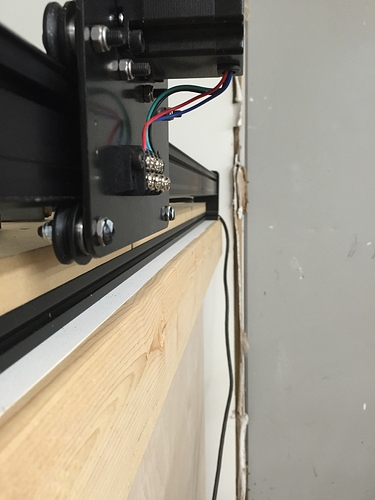 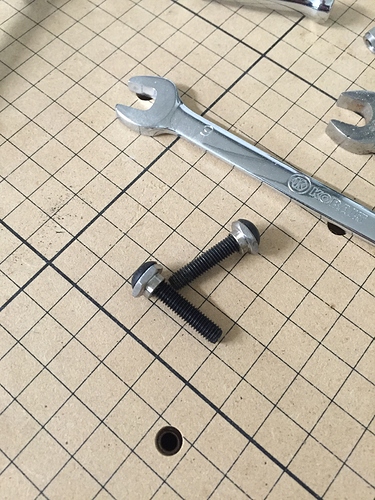 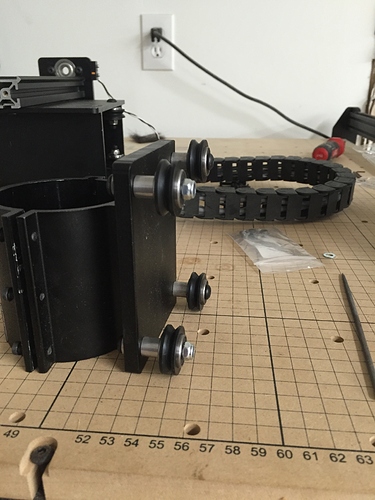 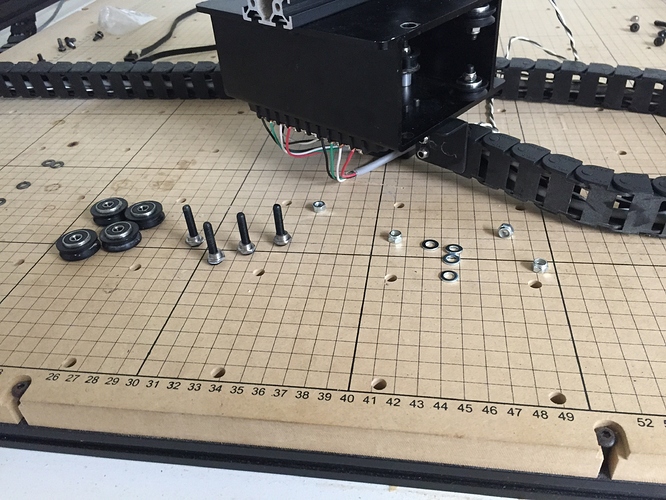 I have noticed that I have much better control over adjusting the tension on the v wheel and so far the CA glue is holding well.

I have recently went over several stiffening mods and frame upgrades and tonight I noticed massive slop in the eccentric nuts and V Wheels on the z axis layout. This is interesting stuff.

Eccentric spacers and nyloc nuts are definitely the way to go.
I’ve used these brass, low profile, eccentric spacers for all my v-wheels and so far, touch MDF, I haven’t had any issues with them loosening.

I thought about combining the screw and nut while I was gluing it together. I’m not a machinist though, I’m a hobbyist woodworker at night Electronics Tech by day. Maybe an enterprising machinest here on the forum could come up with something.

I went with slightly longer screws and the eccentric spacers available from OpenBuilds, topped with nylocks. Works awesome, and is an off-the-shelf solution. I did not have to disassemble my machine farther than replacing each wheel, no screws aside from the ones holding V-wheels had to be removed.

This photo was primarily to show the dust shoe, but you can see the new eccentrics in place on the Y and the X-carriage here.

I took apart the machine to fix several issues at once and it was easier to take it apart and start over. I wanted to show that it could be done with using most of the factory hardware as a cost savings, I think the washers were $10 by themselves, in all I spent maybe $14 on this fix. Now adding acrylic dust shields and y axis stiffing has been pricey.

Yeah, it was not a particularly expensive fix, I think that cost something on the order of $22, all told. Definitely worth every dime!

And if you have it apart for something else already, definitely! If I was building it over again, I’d use these right from the get-go, and save myself a ton of time and cussing trying to get them set right.

Dan- Could you link or list the parts from Openbuilds that you used? I like your solution, especially because the disassembly / reassembly is so minimal. Thanks!

Sure, no problem, was a pretty short list! From OpenBuilds, I ordered:

I also ordered 5mm nylocks from them, but in retrospect I’d just go get them at the hardware store, since they’re the same thing and just as available.

From Home Depot I picked up:

Washers were just re-used, make sure you don’t lose the spacer washer when you take off the bearings! It’s a tiny little thing, and easy to drop. The whole upgrade took me about 30 minutes, and that was including the time to find the first spacer I dropped and had to hunt for in the carpet. lol

Just pull the existing wheels one at a time, slide the screw back until the wheel will just roll down the rail and clear, pop a longer bolt into it, hang the spacer juuuuust on the end of the bolt, and “roll” it back into position. Slide on the eccentric spacer, top it with a nylock, and tighten up. Snug the eccentric properly, then fully tighten the nylock and that wheel’s done! Repeat until you’re out of wheels to swap, then go around and double-check to make sure all your eccentrics are just right and the assemblies roll smoothly. I only had to re-adjust two out of ten, and that was really, really easy. To adjust them, all you have to do is very slightly loosen the nylock, adjust the eccentric, then snug the nylock back up again. It doesn’t shift the eccentric a bit if you do it carefully. TONS easier!

EDIT: As I think about it, I DID remove the Z carriage. I didn’t really mean to, but when I released the second eccentric, it just rotated clear and popped off. So I took the opportunity to use a toothbrush and really scour the wheels clean of dust, then put the new eccentrics on and rotated it back into position before snugging them down again.

I do wish the gantry was stiffer from the get go but I would encourage everyone to do this mod, have one less aggrivation to deal with.

When dealing with eccentric nuts, I find it best to smile and keep my distance…

Sorry, I couldn’t resist. More seriously, this looks like a great mod, thank you Jeff and Dan for the info.

I use the eccentric nuts that came from Inventables with nylon nuts over the top. No problems in well over a year and many hundreds of hours of machine use.

I used some 12mm A/F brass and machined new ones myself on my x carve, i made the offset spigot slightly longer to give better engagement in the hole and the larger nut face gives much greater support against the carriage plate.