Gonna attempt to do a tiling carve, are there any tips I should look out for?

I’m pretty sure I have a decent grasp on it, just need sage advice from people that have done it:D 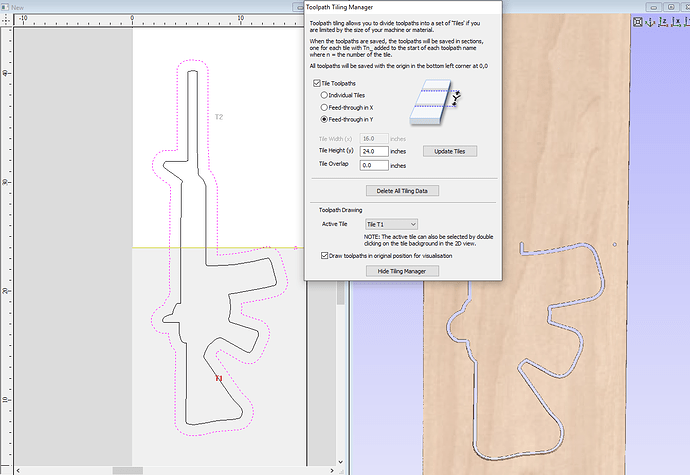 Total length of board is 48 inches, total carve area is 32.5 inches long, so its a little longer than the work area

You’ll just have to break up your outline into overlapping pockets.

What technique are you planning on using? You could do a lot worse than follow this advice…

Yeah I planned on using a straight edge and a locating hole, The hole will be the new zero, as long as I can keep the board straight when moving. Hopefully the straight edge will help with that. Was even thinking about making a jig a hair larger than the width of the sign so it would just slide up and down with no worry of moving side to side.

Practice with something cheap. Just do it! Share your success for a pat on the back, or your failure so we don’t have the same problems

I tried tiling for the first time a week ago without any holes drilled for zeroing. The only thing I did was make sure my y axis had a guide to ride on the full length of the y axis. As far as zeroing the x each time I just made a small mark on the workpiece and then a corresponding mark on the wasteboard at each tile length. It came out pretty well overall.

Now mind you it was for a laser engrave. Had it been a carve it might not have come out as well.

I will definitely be doing the pins next time though. 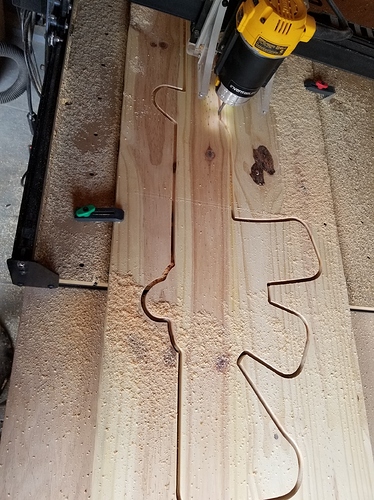 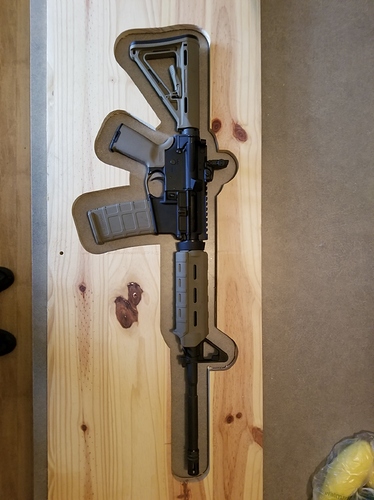 That was my initial plan, but my dad gave me a good idea, so it’ll be a surprise

Tiling is available in desktop - it is the only way to do a project larger than 24x24" in it, regardless of machine size. 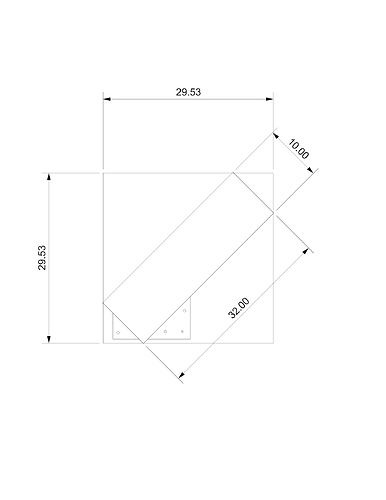 I know you have it figured out for tiling, however, if you wanted to do it in one cut without tiling, it would be possible working in the diagonal.

First, you would need to make a corner alignment jig to get the angle and placement correct. From there, you have a reference to work off of to be sure you will be in the work area.

Above, I only listed out 32 inches, but there is another 4.8 inches before hitting the corners on each end (granted, you would have to be clear of going under the y axis causing a collision.)

Anyways, wanted to share this idea as a different approach.

Thanks! I honestly didn’t even think about this, great info

I don’t have it yet, and figured saying it was smaller than it is (having heard some rumbling about it being 25") is better than overstating it. Main point was that it is included in the Desktop version.

I tried to do a wasteboard skim file in Vcarve Desktop. I put in 750mm by 750mm and it gave me a prompt saying it’d require tiling.

So I just went to Easel and made it there.

I am new to tiling. can I do it in easel
And if so can u explain how to do it and if not can u recommend a program
Thank you

Yes you can. Here is a video https://youtu.be/jfnNfeCctwc. I have several others also