Hey guys, been a while since I’ve been on the forums, looks like lots has changed and some awesome projects where made! I haven’t had much time to use my CNC as I just had my first kid! A little girl January 27th. Things are slowly settling down and I am slowly getting used to my new life, I am finally getting back into making things! However I noticed today while my dad was over visiting and I was talking about how I am noticing some inaccuracy in my z axis. We took a quick look around and sure enough my table is warped or something… It has a noticeable bow and sags down in the middle. My Xcarve rails aren’t sitting on the table flat, and is off in the middle. I am thinking that this is a forsure problem to why I am getting inaccurate results with depth.I attached a picture however it is really hard to tell from the picture. I’m no carpenter and it was the first time I built a torsion box. I followed a plan that someone had posted. I’ll post a link to that as well.

The only thing I can think of that would cause this is the 2x2’s being warped. I didn’t plane them or anything. That or I should of added a leg in the middle of the table. If anyone could chime in on maybe what could have caused this. I am almost certain this will affect my results with my table. Next question is, does anyone have any recommendations or plans to a better design? I’m thinking of just rebuilding the table and using 2x4s instead of 2x2s. 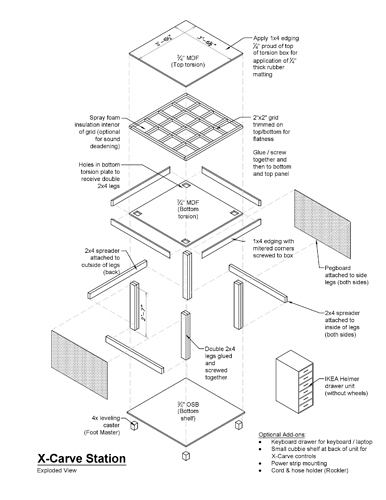 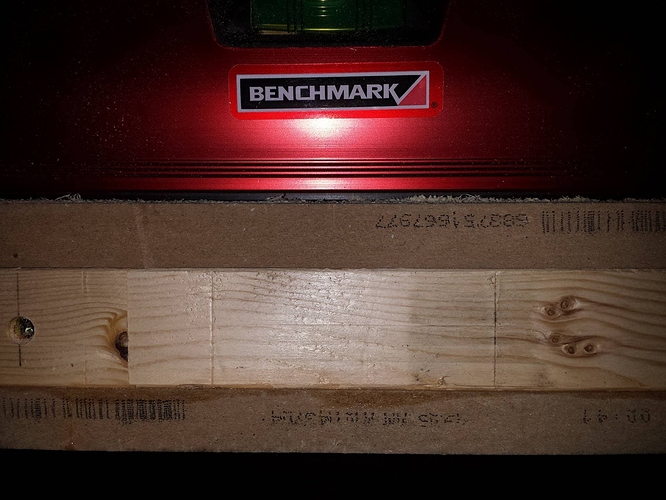 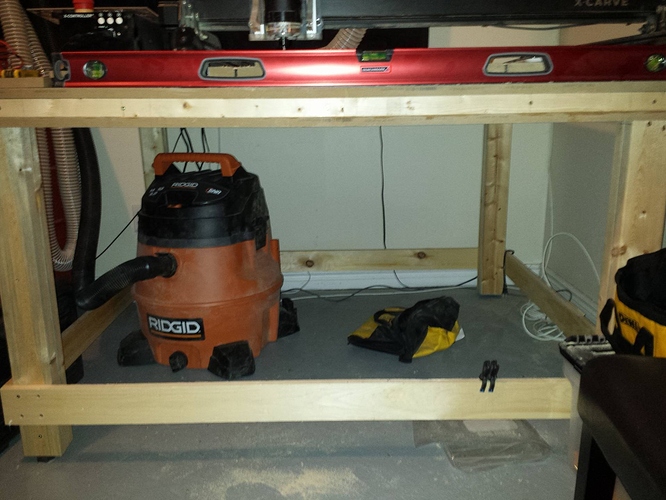 If you’re going to rebuild I’d really recommend cutting the torsion box pieces out of plywood rather than 2x4 - plywood is way more stable than pine.

you talking about the bottom pieces?

Congrats on the baby!!! All the best to your and yours…

Thanks guys! I used the 2x2’s as that’s what the plans called for. It seemed like most pieces weren’t the straightest and had some warped ones. I think I might go with 2x4s for my next build and going to be building some storage space with drawers and a glass cabinet to store the electronics. I can’t beleive the amount it is warped though. Maybe I can sell the table to someone else for cheap so that it doesn’t go to waste.

oh really? that seams weird since you can easily break a strip of mdf, but not a 2x4. But I’m no engineer

If your standing them up so there 3in tall .75 wide they are plenty strong. And way straighter than any 2x4. Mdf or plywood is much more stable in terms of bending with changes in humidity as well.

As suggested by others, height is what is aiding. Also using a formed wood (plywood or mdf) is dimensionally more stable than raw wood. So thinner/higher 1/2" plywood (with closer cc spacing, cc= center-center)would make for a more rigid structure.

But I’d agree with Phil, just use what you have now and add more support to it.
Adding two more legs on the center long sides will go a long way.

Wood bend/twist easily but are extremely good in regard to compression, especially in the direction of grain.
See the first cut through drawing of a standard balsa wing spar for a very stiff (span wise) spar:
This I-bean provide very good stiffness properties.

But I’m no engineer

You don’t have to be, just a wood worker.
Using MDF, or plywood will be very strong. As long as the orientation is upright and correct it will be strong.
And just like any table, it still needs a strong frame, such as 2x4’s, but the torsion box made from the said material will be correct and will not warp or sag.

Cutting the strips of material is what really ensure’s a flat and level surface.
Raw 2x4 or 2x2 are not uniform thickness. Not planing your 2x2 is also what may have messed up your table.
EDIT: If the original forum poster’s plans did not mention planing the wood, then boo on them. However if they did, then well… Also as mentioned construction grade lumber is not stable over time. Even after planing the wood will eventually change size. MDF or plywood is much more stable.

Anyway if you don’t have a planer, cutting the strips on a table saw is just effective. 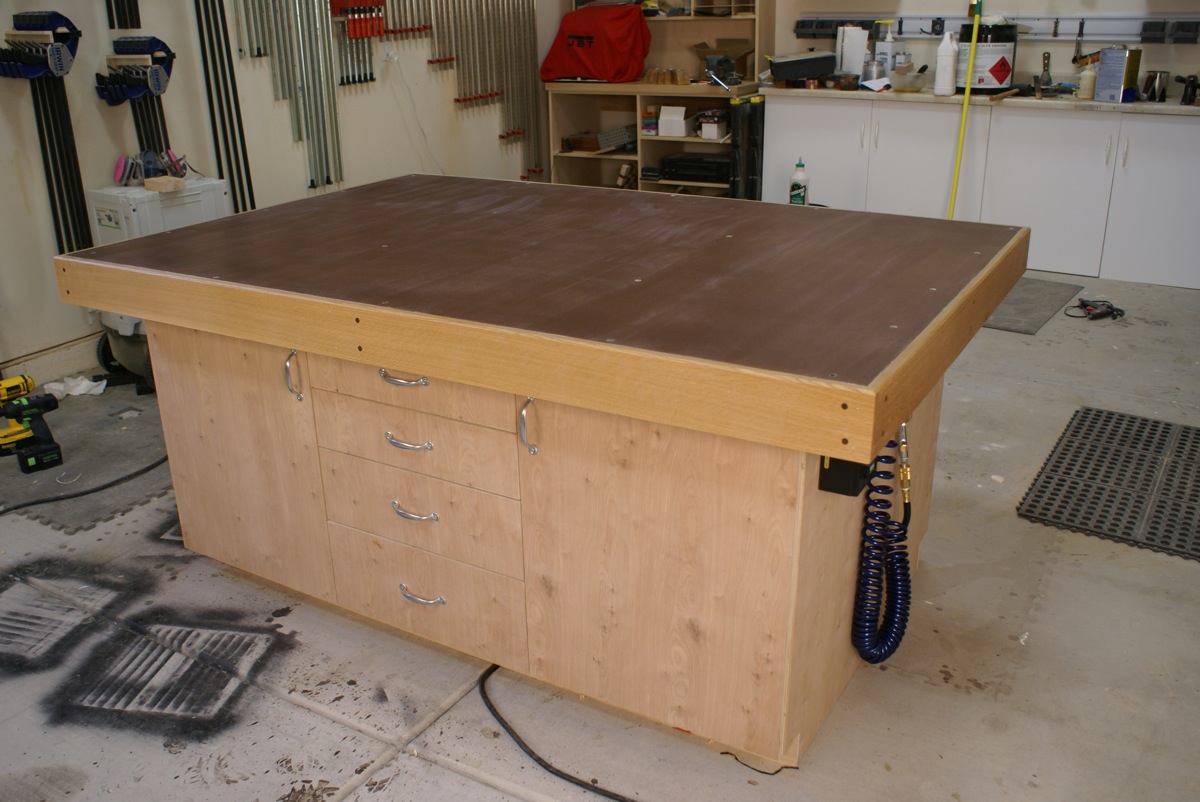 Construction of a dead flat torsion box assembly table, similar to the one made by David Marks on Woodworks.

You are missing the outside 1 x 4 trim pieces.
This may seem cosmetic, but they will prevent sagging near the edges.
However you will still have sagging in the middle.
You should add a center post or additional bracing supports in the middle of your table frame. The existing advice on the torsion box still applies.